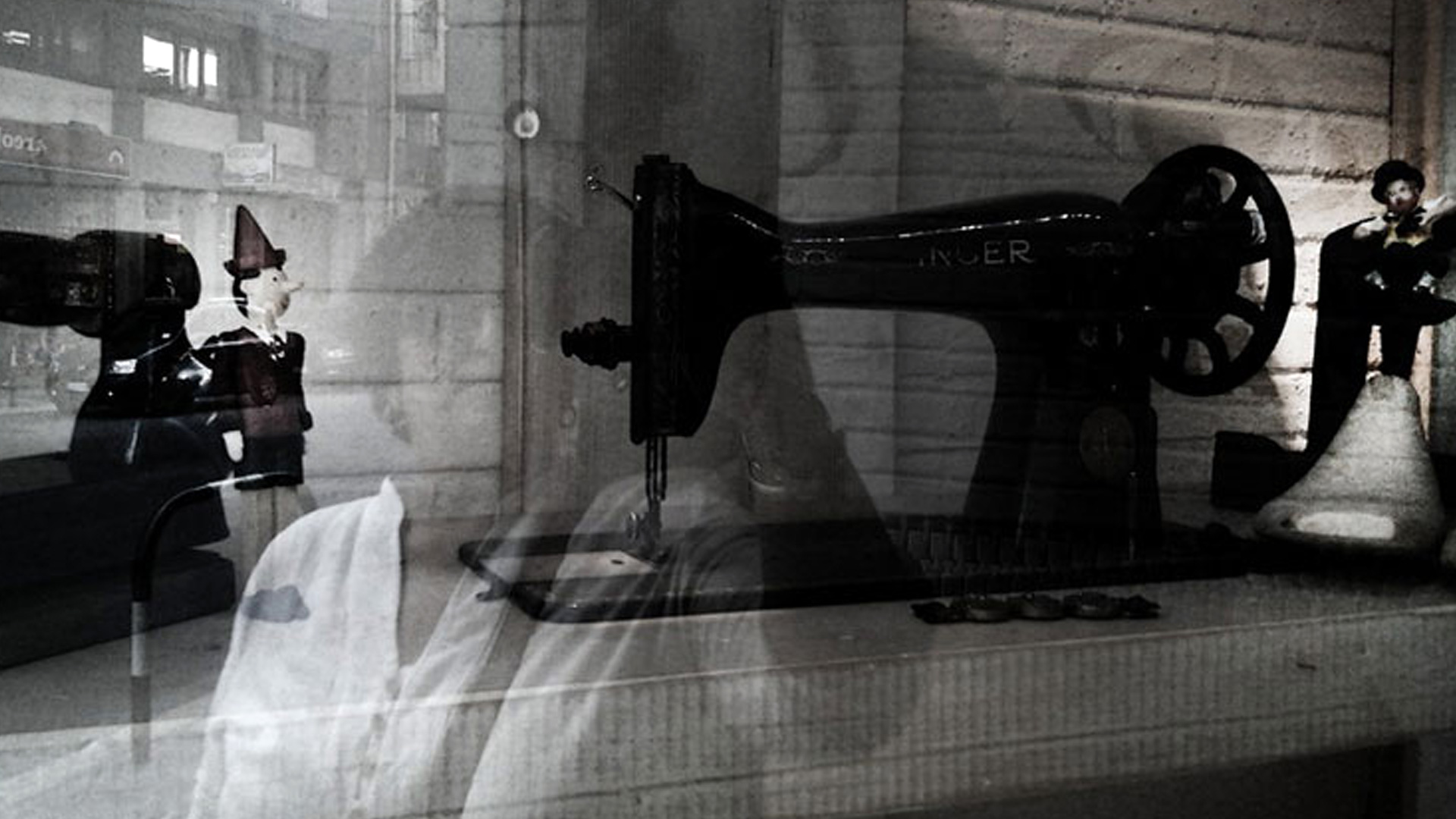 “Remake”: Nano in Havana. As part of its program for 2016, the Centro de Desarrollo de las Artes Visuales (CDAV) has launched “Remake,” a series of exhibitions that revisit, and re-envision, shows that were presented in other spaces. First up: Nano, curated by Gretel Acosta, which had been presented as a collateral exhibition at last spring’s Havana Biennial. Among the 20-plus artists and groups in the show are Ezekiel Suárez, Wilfredo Prieto, Yornel Martínez, Nestor Siré, and Alina Águila.

A new gallery in Miramar. The space that opened last year as Galería Arte Facto, with a focus on contemporary design, has been reborn as Galería Casa 8, with a focus on contemporary art. The debut exhibition, El blanco más oscuro (The Darkest White), presents paintings and photographs that reflect a limited palette of black, white, and gray, and a riotously diverse approach to themes, techniques, and media. With a curatorial team led by Hamlet Fernández, the show includes work by R10, Jorge López Pardo, Frank Martínez, Raúl C. Camacho (Memo), Erick Coll, Eduardo Llanes, and Reinaldo Cid. On view through March 10.

Carlos Quintana in Havana. Also in Miramar, Save Mucho, the solo show by Carlos Quintana, recently opened at Galería Artis 718. Like much of Quintana’s work, the current pieces are large-scale canvases, with many depicting open books–exploring the theme of human knowledge, its accumulation, and its transmission over time.

And Lissette Solorzano. In Retrato o Selfie (Portrait or Selfie), the award-winning photographer and artist puts herself in the picture, in a selection of black-and-white and color images culled from her 20-year career. On view through February at the Fototeca de Cuba.

Save the Date: Pintura Extendida. We hear from our friends at Fanguito Estudio that they’ll be part of this group show, opening February 22 at the Museo Nacional de Bellas Artes. Check next month’s Update column for more information.

Tonel in London—and Madrid. Tonel is among eleven international artists and artist groups participating in Things Fall Apart, an exhibition that reflects on African connections to the Soviet Union and related countries during the Cold War. Featuring film, photography, propaganda, and public art, the show opens February 4 at the Calvert 22 Foundation, where it runs through April 3. Later next month, Tonel will present a solo show in Madrid, through the Paolo Maria Deanesi Gallery, as part of ARCO Madrid, February 24–28.

Campos-Pons in Salem, MA. The sugar mills and rum factories of her home town in Matanzas were the inspiration for Alchemy of the Soul, María Magdalena Campos-Pons’s solo show at the Peabody Essex Museum in Salem. Large-scale, blown-glass sculptures echo the forms of structures found in the abandoned mills, and evocative soundscapes by Campos-Pons’s collaborator, musician Neil Leonard, add to the ambience—as does the aroma of rum in the air. Paintings, photographs, and a video about the artist’s recent visit to her childhood town, La Vega, complete the experience. On view through April 3.

Estévez in Charlotte. Carlos Estévez kicks off 2016 with Soulcatcher, a solo show at LaCa Projects in Charlotte, North Carolina. On view through March 12.

Parallel Paths extended in Miami. Parallel Paths: Recent Works by Two Cuban Concrete Paintershas been extended to March 5. The exhibition features works by José Rosabal and Salvador Corratgé, both associated with the group Diez Pintores Concretos, with the aim of exploring the path of these painters in their later careers. On view at Latin Art Core Gallery.

An Island Apart in Columbus, OH. As part of his spring-semester artist residency at Otterbein University, Juan Si González has curated a show of 12 Cuban artists living outside the island. Emphasizing a sense of deliberate separation from, and in some cases opposition to, the current system in Cuba, An Island Apart: Cuban Artists in Exile includes performance art, documentaries, and collaboratively created community art. Artists on view include Juan Si González, María Magdalena Campos-Pons, Coco Fusco, Pavel Acosta, and Carlos Martiel, who also contributed an opening-night performance, El Tanque, 2015. On view at the university’s Miller Gallery through February 14, and at tits Fisher Gallery and Frank Museum of Art through May 1.

Mendieta in NYC. Opening next Friday, February 5, at Galerie Lelong, Ana Mendieta: Experimental and Interactive Films brings 15 of the artist’s moving-image works–including nine never seen before–to New York, preserved and transferred to digital formats. In addition to large-scale projections, the exhibition includes videos, archival material, and a rare sound-based work from the early 1970s. Mendieta’s innovative approach to film is apparent in works like X-ray, c. 1975, which used cinefluorography to depict the interior of her skull, and Butterfly,1975, in which Mendieta used a 16-channel video processor to add a high-contrast graphic effect to images of herself with feathered wings. The opening reception runs 6–8 p.m. next Friday; the show runs through March 26.

Meanwhile, Covered in Time and History: The Films of Ana Mendieta, the concurrent museum exhibition that premiered this past fall at the Katherine E. Nash Gallery of the University of Minnesota, is set to open at the NSU Art Museum, Fort Lauderdale, on February 28.

And Geandy Pavón. Taking his cue from Robert Frank’s classic photographic study The Americans, painter and photographer Geandy Pavón unveils The Cuban Americans at the Instituto Cervantes in Midtown Manhattan. For Pavón, the hyphenated identity of Cuban-American is an “in-between realm, almost a no man’s land” that creates “a strangeness, a complex, undefinable and anachronistic space.” Co-sponsored by the Instituto and the Centro Cultural Cubano de Nueva York, The Cuban Americansopens February 4 with a reception and remarks by noted curator and art historian Alejandro Anreus. The reception starts at 7 p.m. The show runs through February 20.

Campins in Chelsea. Looking ahead to mid-month, Alejandro Campins makes his solo US debut with Lapse, a show at Sean Kelly opening  February 12. Comprised entirely of paintings about the Cuban landscape, Campins’s show follows immediately after another US solo premiere for a Cuban artist—Diana Fonseca Quiñones, whose exhibition runs through February 6.

Save the Date: Bruguera Performance in NYC.  As part of the international group exhibition When Artists Speak Truth… at The 8th Floor art space in Lower Manhattan, Tania Bruguera will revisit her interactive performance project Referendum, first staged as part of the 2015 Nuit Blanche festival in Toronto. Referendum is a companion piece to Bruguera’s 2014 project The Francis Effect, also on view in When Artists Speak Truth… . The performance of Referendum is scheduled to run from 12 p.m. to 12 a.m. on Saturday, March 5. The location is yet to be announced; check The 8th Floor website for details.

Update on Viva. Although it made the short list, film fans have probably noted that the Irish Cuban film did not clinch an Oscar nomination for Best Foreign Film. Its US release dates have been pushed back, too—instead of February 5, look for Viva to open on April 29 at theaters in Miami, Los Angeles, and at the Angelika in Lower Manhattan. A broader national release will follow.

For your reading pleasure. The Spanish-language version of Vanity Fair recently posted a lengthy interview with Los Carpinteros, accessible here. And for English-language readers, there’s Christian Viveros-Fauné’s Artnet News article on “Why the Coming Avalanche of Cuban Art Is Good News for the Art World.” Read it here.