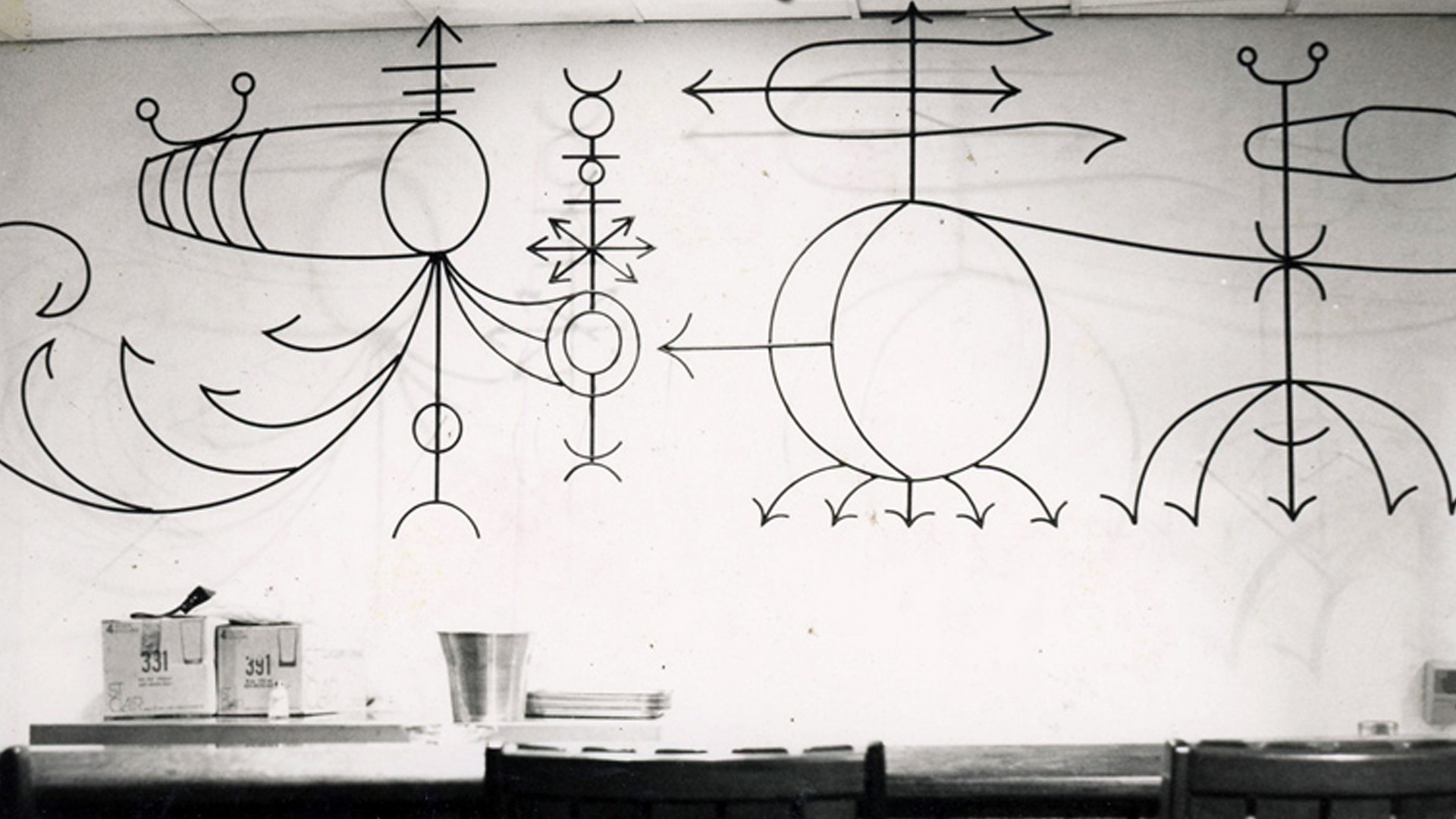 I am writing to say that it is not true. To emphatically deny the absurd rumor that Rafael Queneditt Morales, the great sculptor, engraver and cultural promoter, the towering figure of Afro-Cuban culture, died in Havana on January 2, 2016. Queneditt did not die. He joined the ancestors to continue his lifelong work of studying, producing, and disseminating what he always envisioned as an authentic Cuban culture, a culture anchored in the knowledge, the sweat, and the pain of Africa and its children, a culture born out of Antillean lashes and fusions.

I am not even sure that he has changed scenarios: Queneditt always lived in such an intimate, personal, daily communion with the ancestors, that he has probably experienced no transit, no change at all. They were always together. I know this because he told me, in front of his Santos. Anyone who had the privilege of visiting his modest, mystical, run-down house in the popular Cayo Hueso neighborhood knows what I am taking about. You don’t lie in front the Santos.

Born in 1942, Queneditt graduated from the San Alejandro Fine Arts Academy in 1970, with a specialty in sculpture. By then he had already begun to exhibit, and in 1970 he participated in the famed Salon 70 exhibition at the Museo Nacional de Bellas Artes where he presented works in the categories of sculpture, engraving, and drawing. Between 1969 and 1972, Queneditt participated in 16 different exhibits, eight of them solo shows in Havana, Matanzas, Camagüey, and Isla de la Juventud.

The work of the young artist was unapologetically celebratory of Afro-Cuban culture in general and of Afro-Cuban spirituality in particular. The young Queneditt embarked on a fantastic journey of learning and discovery that frequently resulted in utterly personal representations of Afro-Cuban religious rituals and deities. His art deployed a contemporary visual language marked by stylized geometric abstractions and by the use of traditional woodcarving, engraving and metal sculpting techniques.

This tension between Queneditt’s craftmaking traditionalism, inseparable from a certain decorative urge, and the artist, in the contemporary sense of the term, informed his whole career, frequently producing exceptional results. From this early period are some of his most memorable pieces, including sculptures such as Fauna (1971) and El Salto (1973), inspired by the legend of Tánze, the sacred fish of the Abakua.

This celebration of Afro-Cuban spirituality and of Afro-Cuban religions would eventually affect his career, however. In the three-year period 1973–1975, deep into what is commonly known as the Quinquenio Gris period of dogmatism, censorship, agnosticism, and Stalisnist understandings of culture, Queneditt was able to exhibit only twice—and one of those was a rather modest solo exhibition in the vestibule of the Ministry of Foreign Trade.

A more favorable environment developed after 1976. With the creation of the Ministry of Culture, artistic creation regained a modicum of autonomy. And as Cuba’s influence in Africa and the Caribbean grew, the art of people such as Queneditt met with some degree of official support.

It was in this context that Queneditt created what could arguably be his most important contribution: the art collective Grupo Antillano (1978–1983). Antillano became a platform for the promotion of Afro-Cuban art that drew a distinguished group of visual artists, intellectuals, writers, and musicians seriously interested in Afro-Cuban culture.

The activities of the group transcended the visual arts and effectively constituted a formidable Afro-Cuban cultural movement, one that could not be easily encapsulated in the traditional discourses of folklore and cultural “roots.” To Grupo Antillano, Afro-Caribbean expressions were the culture of Cuba—a culture with a rich past, certainly, but also with a brilliant future.

It has been my privilege to have played a modest role in that future by working with Queneditt, with Guillermina Ramos Cruz, with Alberto Lescay, and with many others, to properly recognize the importance of Grupo Antillano through the exhibition Drapetomania and the book Grupo Antillano: the Art of Afro-Cuba. Queneditt cried tears of joy when he saw the book, which is a tribute to a life of work and love. A well lived life. I am talking in present tense.

I offered him the volume at his home. He lit a cigarette, coughed, had a sip of cafecito, and looked carefully through the volume, savoring every page.

Then, of course, he turned around and offered the book to his Santos.