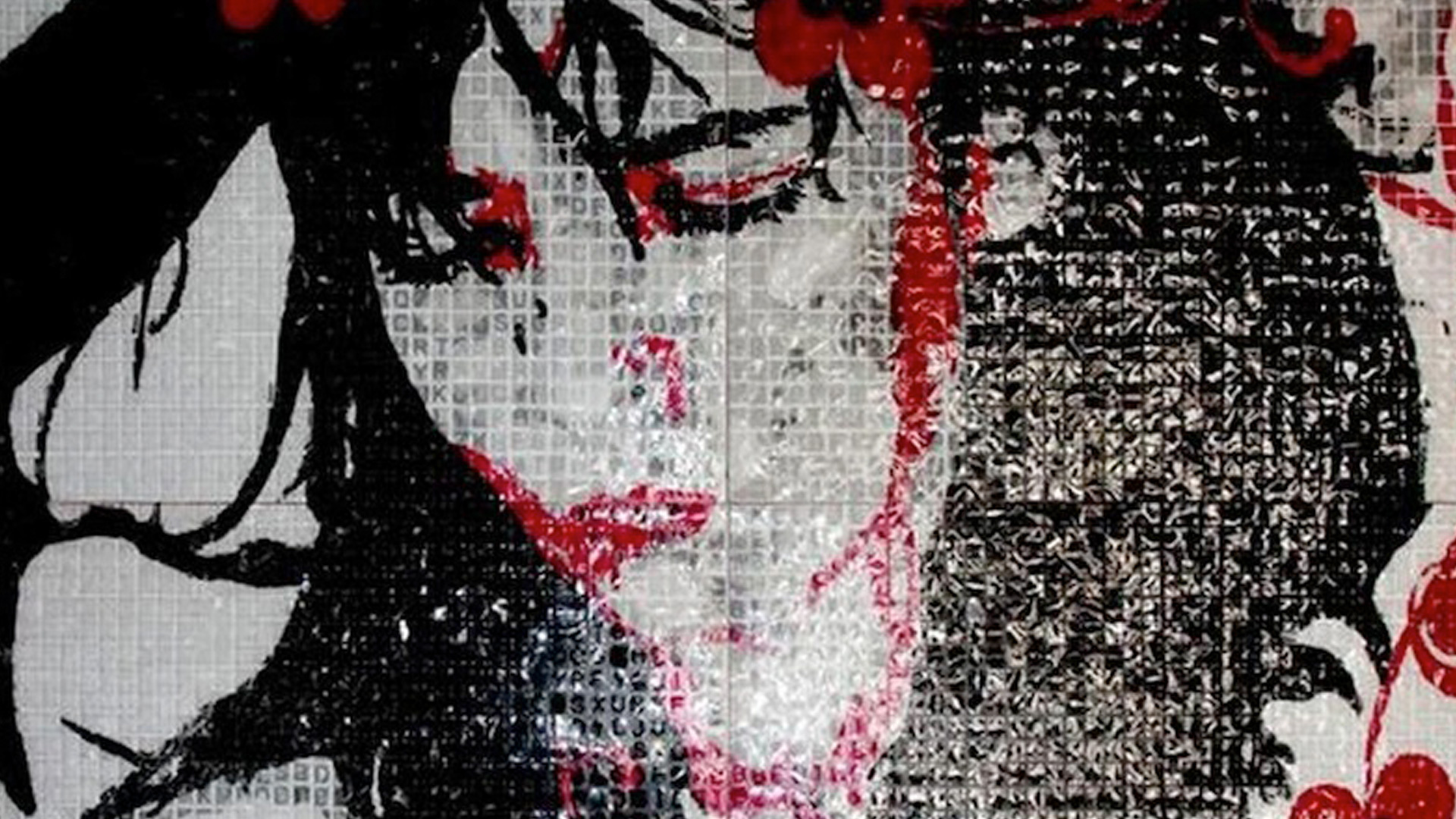 Iván Capote at Galería Habana. Iván Capote: Verbum I was one of several shows that kicked off the winter season with an opening earlier this month. Continuing his exploration of words as both ideas and concrete objects, Capote’s show includes sculptures, installations, and watercolor drawings and sketches. On view through January 15.

La razón de lo irreal. Last week saw the opening of this double show by Glenda León and Diana Fonseca at Galería Villa Manuela. The artists share a lyrical view of the unreality that lies beneath the surface of everyday life and objects, reflected in the exhibition’s installations, ready-mades, photographs, and videos. The show runs through December. Here’s an evocative, 20-second video-promo, produced by Galería Villa Manuela.

Cañas at Espacio Abierto. From 1968 to 1980, photographer Iván Cañas was a staff photographer for the magazine Cuba, and his visual reportage took him into the countryside as well as the city. Drawn from his personal archive, Iván Cañas Boix: Cuba Vintage is the photographer’s second exhibition n Havana since 1992. The show’s curator, Abelardo G. Mena of RM Estudio (and Havana editor for Cuban Art News) describes Cañas as “the Robert Frank of Cuba,” and his black-and-white images offer a revealing look at the life of the nation during the late 1960s and 1970s. On view through December 14 at Galería Espacio Abierto, in the offices of the magazine Revolucion y Cultura.

Next Thursday: Artista x Artista. The international residency program announced by Carlos Garaicoa during the recent Havana Biennial kicks off its first residency with an open house to welcome Spanish artist Cristina Garrido. Garrido will spend the next month in the program’s Miramar headquarters. The event also includes a group show of work by Garrido, Dora Maurer, and Garaicoa. Next Thursday, November 26, at 6 p.m. For more details, contact the program via email: artistaxartista@yahoo.es.

Next Friday: Galleria Continua Habana. The Italian-based gallery opens its newest branch in Havana’s Chinatown neighborhood at the old Cine Águila de Oro. The group show Anclados en el territorio / Anchored in the Territory includes Carlos Garaicoa, Alejandro Campins, and José Yaque, who are currently working with the gallery, as well as Elizabet Cerviño, Susana Pilar Delahante, and Reynier Leyva Novo, who will debut a solo show in February at Galleria Continua in San Gimignano. The reception begins at 6 p.m. on Friday, November 27.

And next Saturday at the Lam Center. In addition to opening its Havana space, Galleria Continua is celebrating its 25th year with an exhibition at the Wifredo Lam Center of Contemporary Art. Follia Continua! features work by 15 international artists, including Anish Kapoor, Daniel Buren, and Carlos Garaicoa, whose installation, Deleuze & Guattari Fixing the Rhizome, 2008, features hundreds of hammers covering the walls of the Lam Center like a climbing plant. The opening reception begins at 5 p.m. on Saturday, November 28.

New art facility announced for 2017. The Cuban Ministry of Culture has announced plans for El Almacén (The Warehouse), a center for the collection of the Consejo Nacional de las Artes Plásticas (CNAP, the National Council on the Visual Arts). The project will include a public space for exhibitions, with an information center, library, and bookstore, and a cyber-café. It will also house a facility for storage and conservation of the collection. Repurposing an old gas station and three adjacent warehouses, the project will be guided by Cuban architect Pedro D. Rodriguez and will also involve the collaboration of French architect Jean Nouvel. The project is expected to be completed in 2017.

Change of date for Havana Biennial. The Consejo Nacional de las Artes Plásticas also announced that, with the 13th Havana Biennial in 2018, the event will move from May to November. Chalk it up to the weather—the thinking is that November is a more temperate month for the kind of city-wide roaming required by the Biennial’s extensive programming of exhibitions, collateral exhibitions, and events. Fewer competing  international art events in November was another factor in the decision.

And a season of Cuban culture in Miami. Over the next three months, Miami will host a wave of young Cuban artists—painters, sculptors, musicians, filmmakers, actors—participating in CubaAhora: The Next Generation. A project of the Spanish Cultural Center in Miami (CCEMiami), with the support of Spanish embassies in Washington, D.C., and Havana, CubaAhora opened with (Art)xiomas, a show of more than a dozen young artists, including Mabel Poblet, Osmeivy Ortega, Ariamna Contino, Jorge Otero, and Alex Hernández. Other events on the schedule include performances by the theater group El Ciervo Encantado, the company Danza Abierta, animations by award-winning young animator Ernesto Piña, and a conversation between actor Jorge Perugorría and novelist and journalist Leonardo Padura, winner of the 2015 Princess of Asturias literary award. For details on these and other events, check the project website.

A new home for Pan American Arts. Once its current exhibition, Shades of Grey, ends its run on December 20, Pan American Art Projects will leave behind the Wynwood space that has been its home for the past nine years. By late January, the gallery is planning to open its new home in the Little River/Little Haiti district, an area that is gaining momentum as Miami’s new art district. We’ll keep you posted on updates.

Cuban Posters in Brooklyn. Inference Archive, a nonprofit, activist art space in the Gowanus neighborhood, is presenting Armed by Design / El Diseño a las Armas, a show of posters and publications from OSPAAAL, the Cuban Organization of Solidarity of the Peoples of Africa, Asia, and Latin America. “These posters are striking for their powerful use of graphic design, and have long been celebrated,” Mostafa Heddaya wrote in Blouin Artinfo, citing an essay by Susan Sontag on the OSPAAAL posters. On view through November 29.

AMNH planning Cuba biodiversity exhibition. The American Museum of Natural History recently announced plans for an exhibition exploring Cuban biodiversity from the pre-Columbian era to the present day. Exhibition curator Chris Raxworth has been part of a project this autumn to inventory vertebrates and invertebrates on the eastern side of the island, and is particularly interested in highlighting Cuban achievements in organic agriculture and conservation. The exhibition is slated to open at AMNH in October 2016, and will be presented on the island after it closes in New York.

For the Reading List. The November issue of Artforum magazine has an essay by Ara Osterweil on the moving-image work of Ana Mendieta, as presented in the exhibition Covered in Time and History: The Films of Ana Mendieta, on view at the Nash Gallery, University of Minnesota, Minneapolis, through December 12. “Photography’s umbilical link to the body is part of the magic that Mendieta came to believe painting lacked,” Osterweil writes. “Her films are profoundly carnal media.” Find it online here.