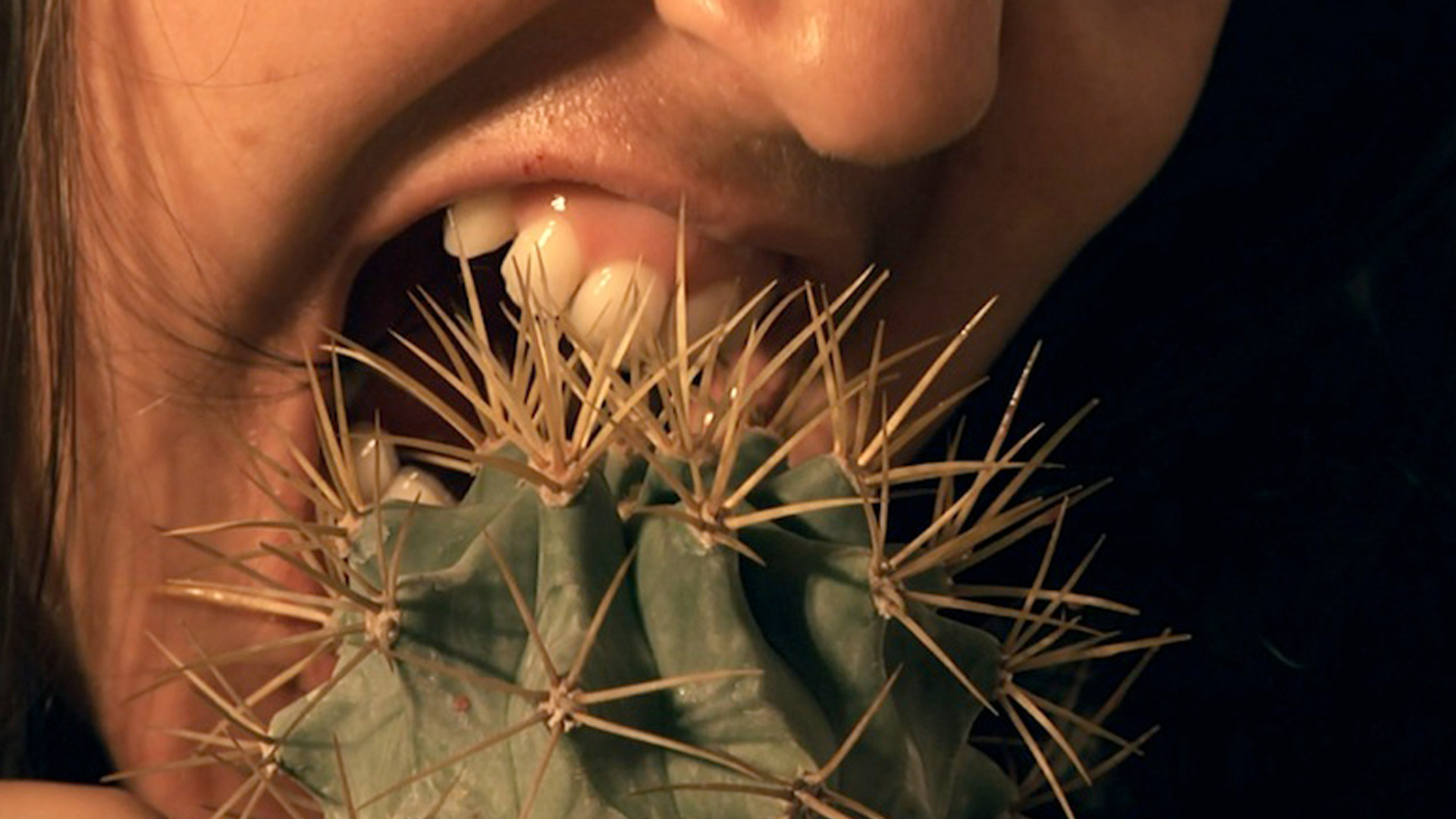 Opening this weekend, the Cuban Pavilion at the Venice Biennale brings the work of four Cuban artists into dialogue with work by artists from Afghanistan, China, Italy, and Russia.

Curated by Jorge Fernández Torres and Giacomo Zaza—who also curated the Cuban Pavilion at the 2013 Venice Biennale—the exhibition explores what the curators call “the contamination of creative processes with the urban fabric, design, and technological renewal—all of which are only distant systems of reality in Cuba.”

The artists in the show are of a generation that “on the one hand, absorbs the force of its own archives, its intrinsic revolutionary ideological traces, intimacy, and subjectivity” as sources of inspiration, the curators write, “and, on the other, traverses social reality and straddles ethic and aesthetic transformation.”

In the exhibition, that aesthetic transformation comes largely through video and other digital media. Delahanty Matienzo’s work, Dominadora inmaterial, 2012–2013, captures the performance of her avatar, “Flor Elena Resident,” in the online parallel universe of Second Life.

Video and physical installation are also elements in Apuntes en el hielo / Notes on the Ice, 2012, by Celia & Yunior. On their website, they describe the work this way:

We show the academic production of the Sociology Department of the University of Havana, in the number of undergraduate, masters, and doctoral degrees from 2001 to 2012. Each year is represented by a vertical bar of reams of blank paper. The quantity corresponds to the accumulated research done that year. On top of this scheme, a video projection shows the thesis titles and the years that pertain to each column. A hyperlink between two fields of knowledge, to momentarily illuminate the work and thoughts that have accumulated, from a sociological perspective, over the past decades.

Perhaps the most haunting image is the one that Rasúa has chosen to focus on in De la permanencia y otras necesidades, a 2014 video offering a close-up view of a woman attempting to eat an extremely spiny cactus.

The other artists in El artista entre… also use video to explore the exhibition’s themes, at times to dreamlike effect. In Transit, 2008, by Afghani artist Lida Abdul, is what she calls “a playful piece, a fantasy piece,” featuring a group of children who innocently fill in the gaps in an ancient Russian plane, attempting to fly it like a kite. In her ongoing series “Screens,’ 2013–, Moscow-based Olga Chernysheva unites small-screen images with very short stories in a mix of memory, imagination, and dreams.

Noted Chinese artist Lin Yilin has contributed Triumph, 2009, which records a 90-minute performance by the artist in which he laboriously makes his way to and from the Arc d’Triomphe in Paris with one arm handcuffed to his ankle. Giuseppe Stampone, on the other hand, brings a European perspective to Cuba’s nascent entrepreneurs in his project, Casa particular.

The Cuban Pavilion is located on San Servolo Island, where the exhibition runs to November 22. The opening reception takes place tomorrow evening at 7:30.