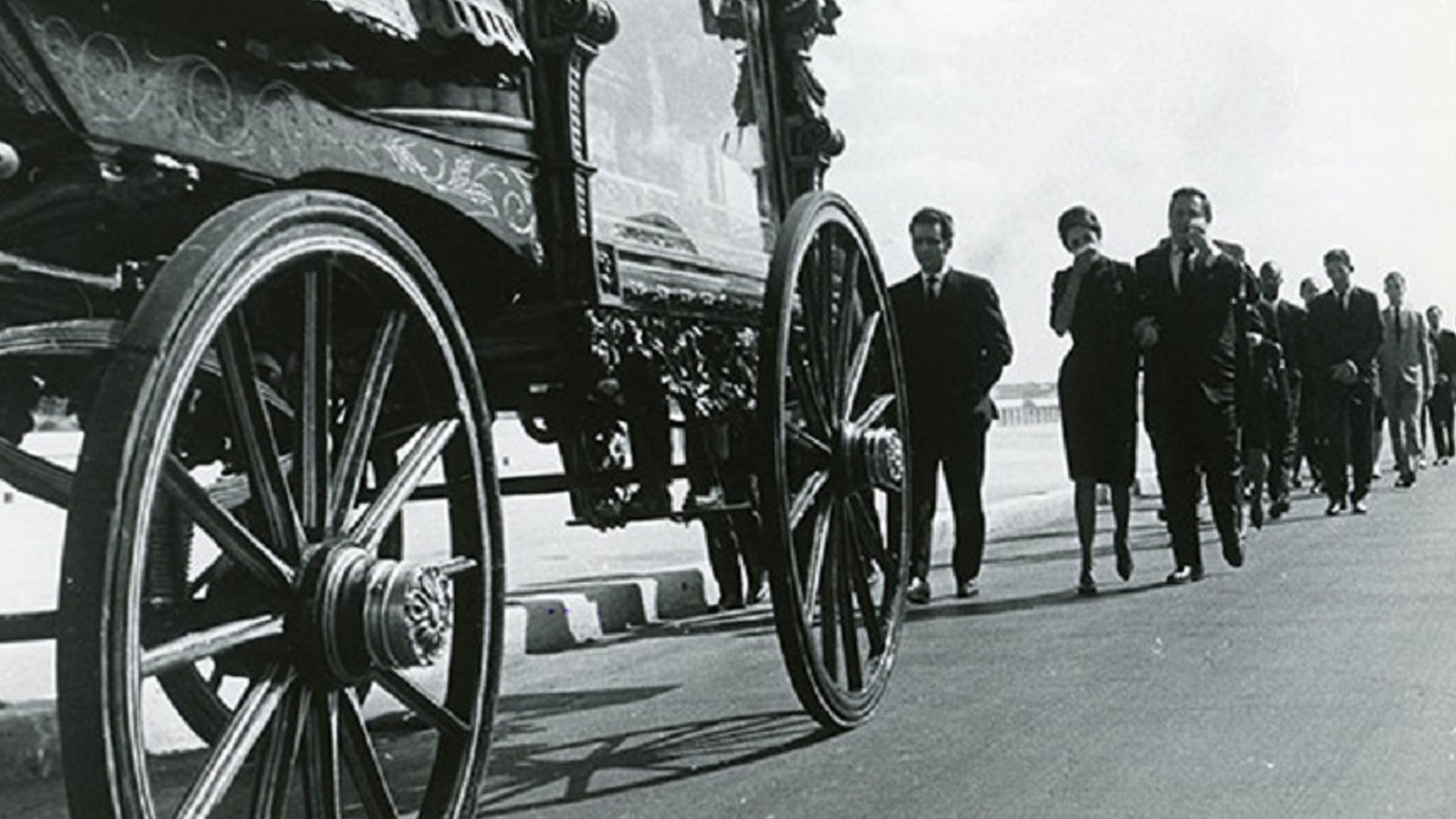 Many film historians consider the 1960s the golden age of Cuban cinema. From this coming Friday, March 20, through March 31, the Brooklyn Academy of Music’s BAMcinématek will feature selections from this significant era in Cuban history, presented as part of the Cuban Culture Festival New York.

On March 24, 1959, just three months after the Cuban Revolution ushered in a new political era on the island, the revolutionary government established the Cuban Institute of Film Art and Industry (ICAIC). The fundamental principles of ICAIC were formulated under the guidance of its first director, Alfredo Guevara. Cinema was viewed as both an art form and a tool to educate the masses. Striving for authenticity, ICAIC soon began to release a number of dramatic features and documentaries. Formally radical and with politically charged subject matter reflecting the social upheaval of the times, many of these works gained an international reputation and honors at major film festivals.

Cuba: Golden 60s opens with Humberto Solás’ Lucía (1968), a three-part drama set in three important periods of Cuban history: the colonial era of the 1890s during the war of independence from Spain; 1932, during the struggles against the Machado dictatorship; and the 1960s, as the nation adjusted to the new Communist revolutionary ideals. The title characters, each named Lucía, are from different social classes and are played by different actresses. The struggles of the Cuban people against oppression are reflected in the lives (and loves) of these three women who struggle against societal (and male) oppression. Solás’ debut feature has often drawn comparisons to Luchino Visconti, Elia Kazan, and the French New Wave.

Many of the directors originally recruited by ICAIC had studied filmmaking in Europe, including Tomás Gutiérrez Alea (Titón) who is represented in the BAM series with two significant works: Memorias del Subdesarrollo (Memories of Underdevelopment) and La muerte de un burócrata (Death of a Bureaucrat). Memories of Underdevelopment (1968), named one of the Best Films of 1968 by the New York Times, is based on the novel Inconsolable Memories by Edmundo Desnoes. It features an alienated bourgeois, Sergio (played by Sergio Corrieri), who stays on in Havana after his parents and ex-wife leave for Miami in 1961, following the Bay of Pigs invasion. An intellectual and aspiring writer, Sergio spends much of his time alone in his upscale apartment, observing the societal changes and musing with condescension on life in an underdeveloped country, or strolling the streets to encounter women. Stylistically, the film sets up a dialectical resonance by juxtaposing Sergio’s interior monologue—reflecting his prerevolutionary psychology—with documentary footage depicting actual events of this tense period leading up to the 1962 Missile Crisis, and fictional scenes of Sergio’s encounters. This stylistic complexity prompted many viewers to see the film multiple times.

Gutiérrez Alea’s earlier feature, Death of a Bureaucrat (1966), is an absurdist farce and a daring satire of governmental inefficiency. When an inventor, who had developed a machine to mass produce statuettes of Cuban hero José Martí, dies, he is buried with his work card in his pocket. Unfortunately, his widow needs that document to collect the pension she is owed. The family must contend with endless bureaucratic red tape to have the body exhumed, and finally a nephew resorts to robbing the grave. Death of a Bureaucrat is slapstick noir comedy with echoes of Charlie Chaplin, the Keystone Kops, and Laurel and Hardy.

In spite of this impressive line-up of international talent, Soy Cuba was shelved in both Cuba and the Soviet Union after an initial one-week run: nether government liked the film. One Cuban crew member was later quoted as stating: “Many Cubans didn’t feel that the film reflected national characteristics. It is the Cuban reality seen through a Slavic prism.” The film remained unseen for almost thirty years until the Pacific Film Archive tracked down a print and interested Martin Scorsese and Francis Ford Coppola in presenting it to new audiences. It was restored and released in 2008 by Milestone Films, in a 3-box DVD set with ancillary materials.

The Adventures of Juan Quin Quin (1967), by Julio García Espinosa, was one of revolutionary Cuba’s earliest feature-length comedies—and one of its most popular. It’s a picaresque adventure parody, set in prerevolutionary Cuba, featuring a wily jack-of-all-trades who goes through a succession of jobs as farmer, altar boy, bullfighter, circus act (as Jesus on the cross!), and ultimately, anti-government guerrilla. With a comic-book-style approach, the film spoofs various movie genres, with tongue-in-cheek intertitles, animated sequences, and occasional cartoon thought-balloons over the characters’ heads.

Manuel Octavio Gómez’ La Primera Carga al Machete (The First Charge of the Machete, 1969) is something completely different: a docudrama that recreates an 1868 battle in the struggle for independence from Spain. The film adopts a “You Are There” cinema-vérité style, with handheld camera work and “interviews” with participants, both Cuban and Spanish. This TV documentary approach is complimented by sequences that resemble old newsreel footage and shots of people posed as if in historical photos. The machete becomes a protagonist—a rural work tool that became a weapon in the 1868 uprising of peasants in Oriente province against colonial oppressors.

A program of short films by Santiago Álvarez rounds out the BAMcinématek series. These powerful cinematic collages use found footage from U.S. newsreels and other sources to critique U.S. civil rights abuses and involvement in the Vietnam War. Included is Álvarez’s internationlly famous Now! (1965, 6 min.), one of his best-known works. To the tune of “Hava Nagila,” singer/actress Lena Horne renders new lyrics by Betty Comden, Adolph Green, and Jule Styne, turning “Now!” into a Civil Rights anthem sung over photographs and newsreel footage of the mistreatment of Civil Rights activists in the southern U.S. in the early 1960s.