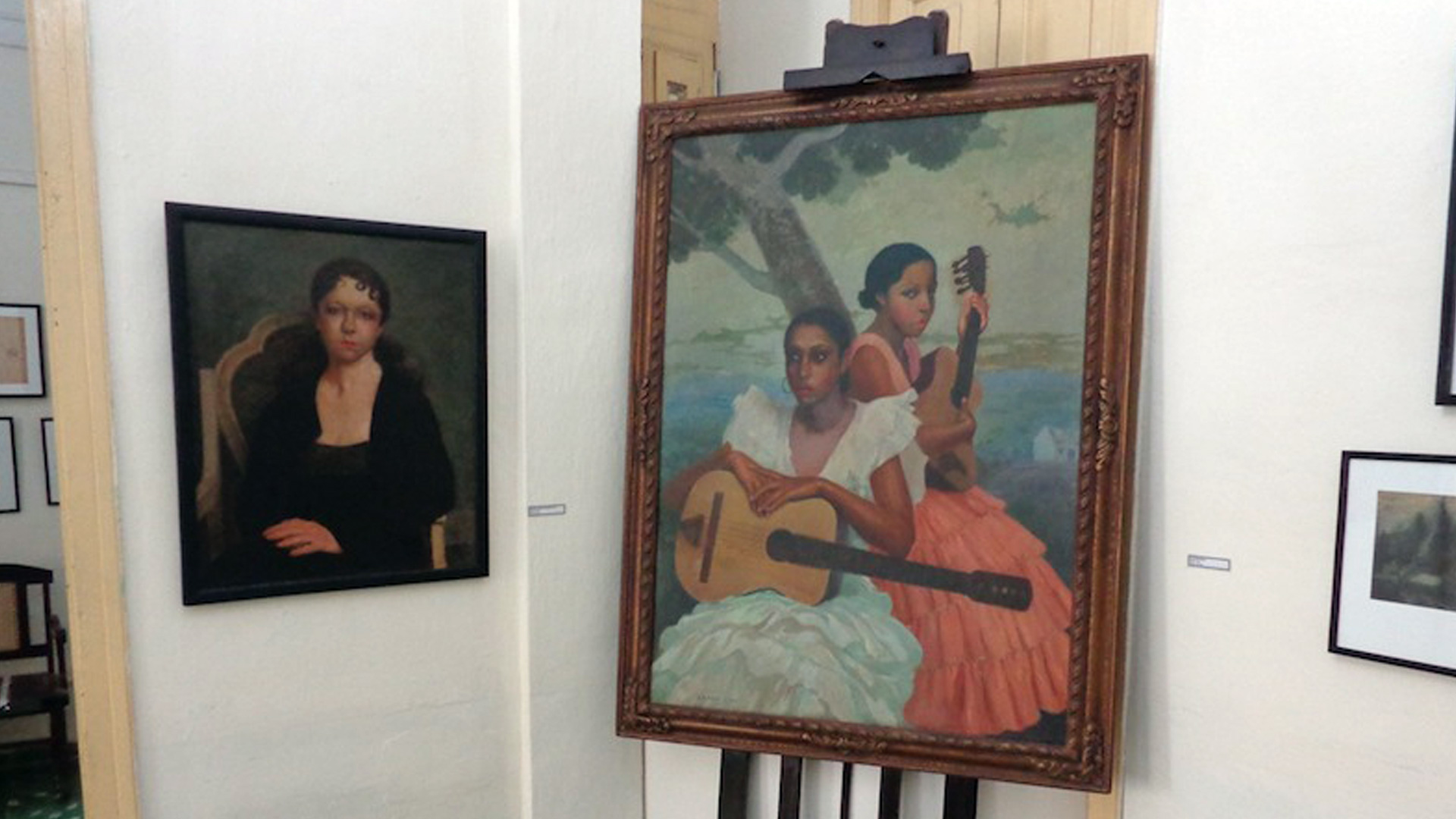 The artists who came of age before the vanguardia movement are among the least well known in Cuban art history. Art historian and conservator Dayamí Cabrera González introduces us to a central member of this “lost generation,” Ramón Loy.

When Cuban artist Ramón Loy died on July 18, 1986, the Cuban press was silent. Even today, despite his presence in the permanent galleries of the Museo Nacional de Bellas Artes, he is a forgotten figure in the art of Cuba, as his name and work have been relegated to obscurity.

Regarding the artists of his generation—one of the most undervalued in the history of Cuban art—the critic Doramas Sosa recalled in an article published in Bohemia magazine:

By 1910 a number of young artists gathered in an apartment on Galiano Street: A dozen young dreamers with an uncertain future came there daily… saturated in the philosophy of Shakespeare and Victor Hugo and the poetry of [Amado] Nervo and Rubén Darío (…) while brushes worked feverishly.

The twelve young men the critic mentions in his article are Esteban Valderrama, A. Sánchez Araujo, Manuel Vega, Domingo Ramos, Eugenio González Olivera, Ramón Loy, Guillermo Álvarez, Guillermo Campo Hermoso, Pastor Argudín, Lino Villar, Periat, and Castor González Darna. With the exception of Periat, in their later formative years they decided to travel to Europe. On their return they joined the prestigious staff at the San Alejandro Academy.

Thanks to his formal and conceptual contributions, Loy may be regarded as one of the greats of Cuban painting. He was an active member of the cultural and literary community, and left his mark as an excellent printmaker, writer, professor, and art critic. His critical gaze always sought out indigenous elements, translated into figuration, light, color, and—why not?—his struggle as a teacher at San Alejandro to recover modern techniques and modes of artmaking that reflect a Cuban aspect.

For some critics, Ramón Loy is halfway between tradition and innovation. During his sojourn in Anticoli Colorado, a small Italian town, he modernized his approach to line and color, but upon his return to San Alejandro, he was once again wrapped in tradition—he had studied there and in some ways still followed the ideas of his teachers. The years that Loy lived in Europe were very important for his training and his significance as an artist; he broadened his knowledge, made frequent trips, and visited museums, academies, and painting workshops.

On his return to Cuba in 1923, he had ​​several solo and group exhibitions. He showed at the 1923 Association of Painters and Sculptors exhibition; at “Las Galerias” Salon in July 1923; at the Association of Artists and Writers in May 1924; and at the Salon del Diario de la Marina in 1927. That was also the year when he participated in the New Art Salon of 1927, which launched modern art on the island.

Between 1931 and 1934, Loy lived in Paris, where he joined the so-called International Group of Painters, which was later renamed Shapes and Colors. The group included Jean Toth, Gaston Vincke, Raymond del Val, Jeanne Bernard Fortin, Raquel Balmori, and Ginés Parra, all from various European countries.

With them, Loy alternated exhibitions in Cuba with others in Europe. He exhibited with the International Group of Painters in Madrid, at the 1916 National Exhibition; in the Collective Exhibitions in Paris in 1932; and in Havana, in the University of Havana Exhibition of 1940; the City of Havana, 1941; in Havana’s Capitolio, 1943; and in the Fine Arts Circle and the National Halls in 1934 and 1946. In these last two shows, organized by the Cuban Ministry of Education, he won two first prizes. In the Ibero-American Exhibition in Seville in 1928, he received a Diploma of Honor.

Loy was always drawn to art criticism, and many publications on the island and abroad had known the caliber of his writing. In April 1949 he began to publish in Alerta, the newspaper of his friend Ramón Vasconcelos. Until late 1957, this newspaper collected most of Loy’s articles in his peak period as an art critic.

Loy was surrounded by great teachers and friends, including the likes of Teodoro Ramos Blanco, Rivero Merlín, and Enrique Caravia. He shared spaces, and developed friendships with intellectuals and artists such as Fidelio Ponce, Juan Marinello, Nicolás Guillén, and Feliz Pita Rodríguez, whom Loy welcomed into his studio. Loy’s personal collection of Cuban art was nurtured by these links between art and friendship.

Loy’s creative activity gradually decreased until he disappeared completely from public life. He was alone, without children. He locked himself away in his home studio in San Francisco No. 216.

On August 29, 2014, the Museo Casa Natal José Lezama Lima opened an exhibition celebrating Loy’s 120th birthday: Loy desde el largo sueño del olvido (Loy From the Long Sleep of Oblivion). With 32 works—mostly oil paintings, works loaned by the Museo Nacional de Bellas Artes, and photos of the artist—this show presented barely a fraction of the artistic production of one of the most significant creators of Cuban art—an artist who still presents a challenge for Cuban art history.