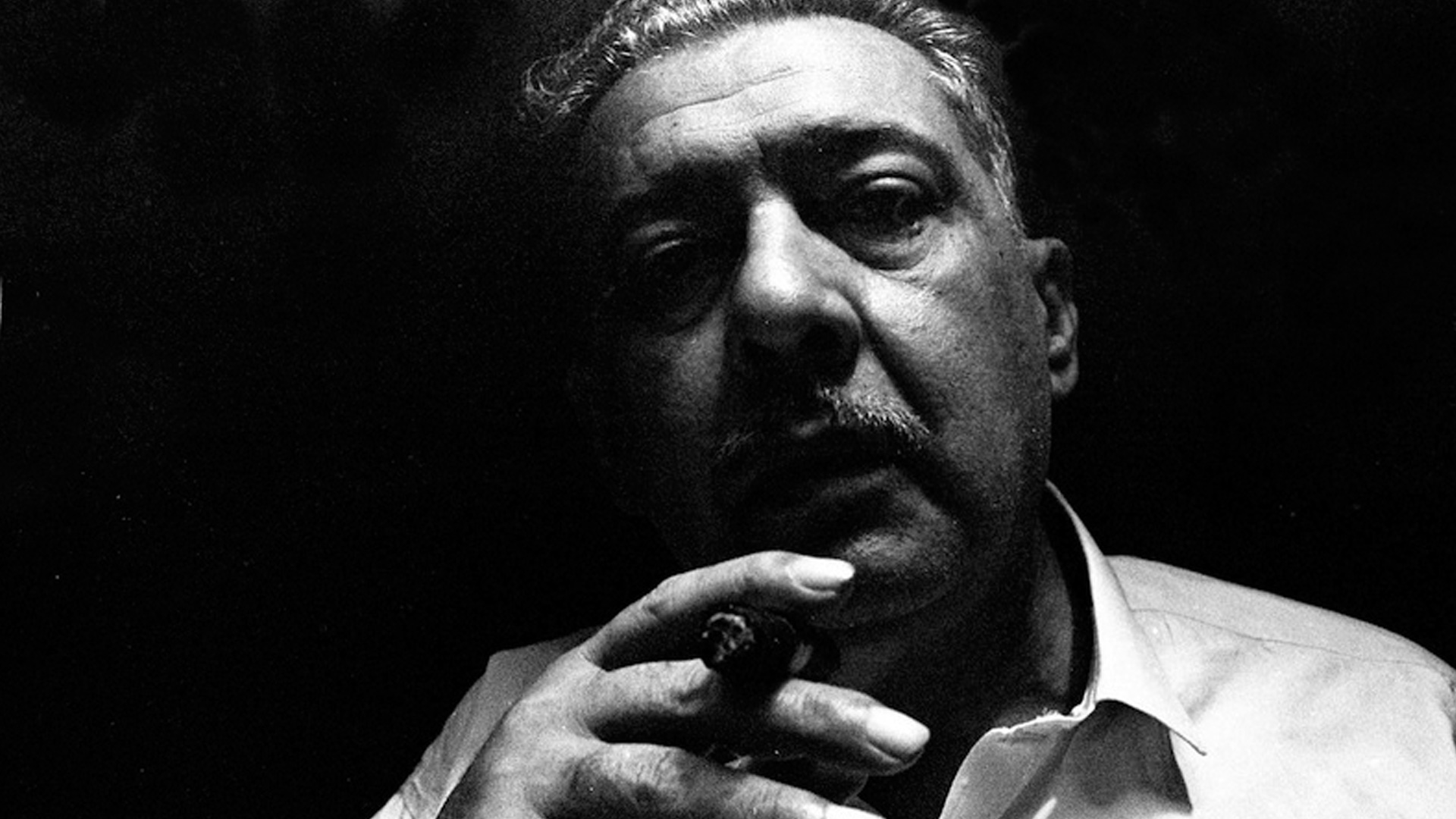 The Utility of History in Havana. At Factoría Habana, La utilidad de la Historia (The Utility of History) takes as its starting point the investigation of history and its role in the creative process. The ten artists in the show span several generations, including younger artists for whom investigation and documentation are integral to their creative work. Curated by Concha Fontenla and Alejandro Machado, La utilidad de la Historia features work by Abel Barroso, Alex Hernández, Ariamna Contino, Celia y Yunior, Fernando Reyna, Frank Mujica, José Ángel Toirac, José Manuel Mesías, Lázaro Saavedra, Ricardo Elías, and Rigoberto Díaz. It opens with an 8 p.m. reception this Friday, September 26, and runs through November 20.

“Adventures in Art” at Fototeca de Cuba. As part of the 6th Contemporary Art Salon now going on in Havana, Howard and Patricia Farber will give a bilingual Powerpoint presentation about their art collecting and the Farber Foundation and its activities, including Cuban Art News and the upcoming Cuban Art Awards. Thursday, October 2 at 3 p.m. at the Fototeca de Cuba.

Subasta Habana is back. Taking the theme “A Viva Voz” (Out Loud), this year’s auction will take place at 6 p.m. on Wednesday, November 5, in the Sala Taganana of Havana’s Hotel Nacional. The lineup includes works by Wifredo Lam, Víctor Manuel, Servando Cabrera Moreno, René Portocarrero, Eduardo Abela, Cundo Bermúdez, Mariano Rodríguez, Loló Soldevilla, Sandú Darié, Yoan Capote, and Los Carpinteros, among others. The works will be on view at Galería Habana from October 27 through November 4, from 9 to 5 p.m.

12th Havana Biennial dates and theme. The 12th Bienal de La Habana will take place from May 22 to June 22, 2015. Marking the 30th event’s anniversary, the theme “Between the idea and the experience” will again bring projects to the streets of Havana, where residents will “participate in their design and implementation . . . as a living social laboratory.”

Fernández in Kyoto. For her installation at the Kyoto University of Art and Design, Teresita Fernández created a luminous golden landscape—then turned it over to Masataka Hosoo, a 12th-generation Kyoto weaver. Hosoo reinterpreted Fernández’s work as a kinran-donsu textile—a thick, brocaded satin that becomes a freestanding landscape sculpture viewable from all sides. Nishijin Sky: Teresita Fernández + HOSOO previews on Saturday, September 27, 4:30-5 p.m., with both Fernández and Hosoo in attendance. The show officially opens October 2 and runs through January 15.

Elemental 2/4 in Madrid. The group show at Galería Odalys includes work by Lidzie Alvisa, Mabel Poblet, and Ernesto Rancaño. On view through November 13.

Migrantes too. Also in Mexico City, Migrantes at Galería Nina Menocal explores the theme of migration through the work of artists or art duos who came to live and work in the U.S. from three different countries—among them José Bedia, whose works on paper offer a contrast to the sculptures of Claudia Álvarez (from Mexico) and Ilya and Emilia Kabakov (from the USSR). A strong sense of irony, and a touch of fantasy, come through in many of the works.

CINTAS finalists’ exhibition and award. The 50th presentation of the CINTAS Foundation Fellowship Finalists Exhibition opens on October 10 at the MDC Museum of Art + Design. This year’s finalists include Juan Carlos Alom, Ray Azcuy, Iván Cañas, Lisa Danker, Iván Depeña, Becky Franco, Coco Fusco, Lourdes Perdomo, Lissette Poole, and Carlos Rigau. The winner will be announced at the reception that evening, along with CINTAS fellowships in architecture and creative writing, and the Brandon Fradd award for musical composition. 6 p.m. on October 10 at the museum.

Domenech in Miami. Rafael Domenech: Time / Memory / Context opens on Thursday, October 2 at Fredric Snitzer Gallery. The reception runs 7 to 9 p.m., and the show is on view through Friday, October 31.

Source Material in the Bronx. At the Lehman College Art Gallery, Pavel Acosta is among the artists in Source Material, an international group show that looks at the conceptual starting point for an artwork and its connection to the finished piece, along with the ideas, processes, techniques, and materials involved. The show opened September 16; the reception is Saturday, October 6 from 6 to 8 p.m. Source Material is on view through December 11.

Ayón held over in Hudson, NY. This summer, ten outsized prints by Belkis Ayón went on view at FRG Objects & Design / Art in the upstate New York town of Hudson. Facilitated by the American Friends of the Ludwig Foundation, the show includes the large-scale work La familia, 1994, and Sikán con chivo, 1995. The show has now been extended October 25—the height of the autumn “leaf-peeping” season in the Hudson Valley.

Martínez-Cañas in Umbria. Congratulations to María Martínez-Cañas, who recently completed a residency at the Civitella Ranieri Foundation in Umbria, Italy. During her time there, she began a limited-edition portfolio in collaboration with other Foundation fellows, and took an estimated 4,200 images to be used as source material for other projects.

Gloria Rolando on U.S. tour. Filmmaker Gloria Rolando, interviewed in Cuban Art News during her Flaherty Film Conference residency in 2012, is back in the U.S. this fall with her new documentary: Reembarque (Reshipment). The film looks at a forgotten chapter in Cuban history, in which thousands of Haitian laborers were forcefully repatriated to their home country in the 1930s, when they were no longer needed for Cuban sugar and coffee agriculture. Rolando’s stops include Indiana University in Bloomington, October 5 and 6… the Minneapolis Institute of Arts, October 11… Washington University in St. Louis, October 13… and the Museum of the African Diaspora on November 4.

“El Choteo Cubano” in NYC. The Cuban Cultural Center is holding its first conference on “the diverse facets of Cuban humor, both on the island and abroad.” Cinema, literature, theater, television, popular music, and the media will be brought into the discussion, with speakers ranging from writer Gustavo Pérez Firmat and caricaturist Arístide Pomariega to New York’s own Carmen Peláez and Carmelita Tropicana. English speakers note: Because of “the symbiotic relationship between language and humor,” the conference will be held largely in Spanish. Sunday, October 5, 9 a.m.-7 p.m. at the Helen Mills Theater. For tickets, click here.

And “Havana: Foundation and Legacies.” On Monday evening, October 6, the Bildner Center for Western Hemisphere Studies looks at the city from the perspective of original architecture, literature, French and Soviet influences, and more. Speakers include Carlos Riobó, author of Cuban Intersections of Literary and Urban Spaces; Odette Casamayor-Cisneros, whose research focuses on post-Soviet Cuban culture and expressions of blackness since the Revolution; and architect Hermes Mallea, who focuses on Havana and historic preservation. 6 p.m. at the CUNY Graduate Center. To reserve, contact the Bildner Center.