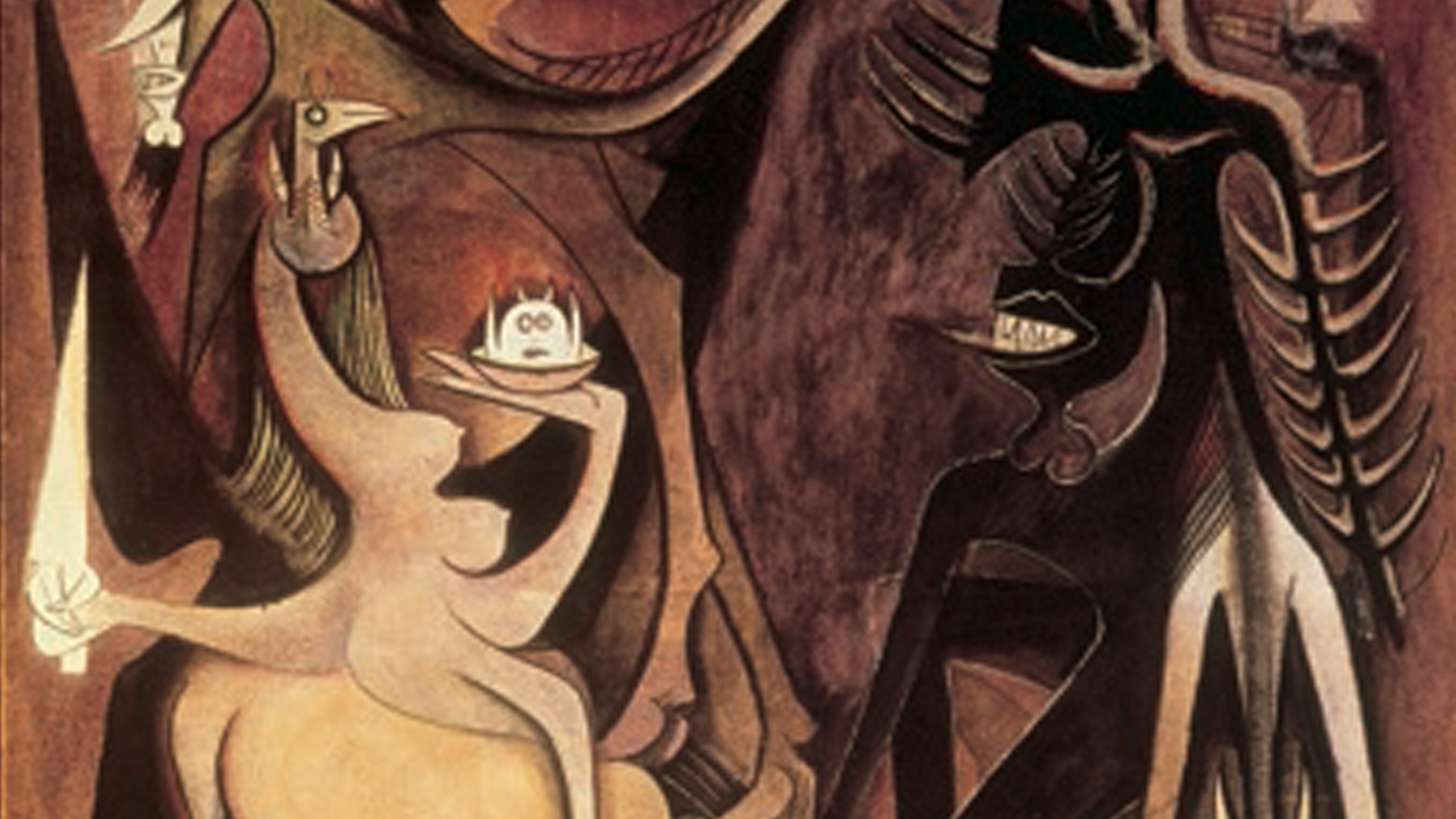 With the retrospective Wifredo Lam: Imagining New Worlds opening this weekend at the McMullen Museum of Art at Boston College, we searched for footage of the artist on video. We came up with this short clip—less than two minutes long—of Lam discussing his 1948 painting Bélial, empereur des mouches (Belial, Lord of the Flies), using a photo in a book as his reference. (The work on the left-hand page is Study for “The Jungle” (1942), now in the collection of the Art Institute of Chicago.)

The image quality of the footage, shot on video, is not superb, but Lam’s commentary is compelling (if at one point a little unflattering toward his countrymen), and it’s fascinating to see him on camera.

The clip is not subtitled, so for English speakers, here’s a more or less direct translation:

Then, this figure, which could be Venus. There’s an attention to life, an emotion, that is pleasant, that speaks of sensuality. But in front of her, I put this monster—this vertebral column that is so strong… It’s always said that a man has a spine so strong that he won’t be defeated. This spine, this vertebral column, has the strength of a horse. It is blowing, breathing life, into Creation.

But in reality, this guy is Changó, who sings and who carries a light behind him. But he’s the god of war, which is Mars … who endures all the aggression and also carries all the aggression, that’s well understood. In our favor, this energy, this violence, makes a Creation. So, for the Creation, I put a moon [points to the upper left corner of the image] The dream.