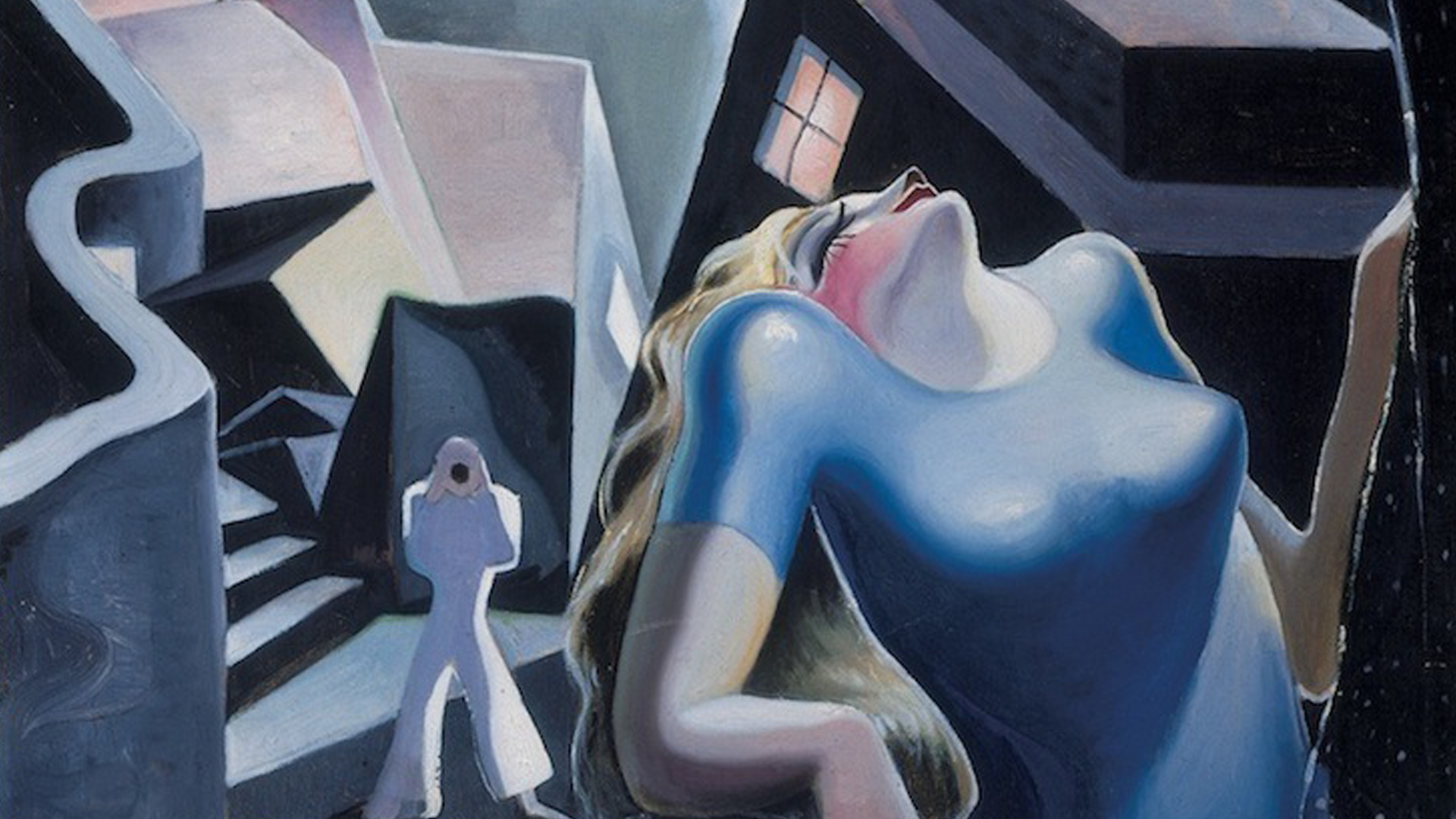 This weekend, the McMullen Museum of Art at Boston College opens Wifredo Lam: Imagining New Worlds, a retrospective exhibition that presents the Cuban artist as an international figure in 20th-century art history. Cuban Art News spoke with curator Elizabeth T. Goizueta about the show and her approach to Lam and his work.

Let’s start with a little background. When was the last time a Lam retrospective was presented in a U.S. museum?

The last retrospective was called Wifredo Lam in North America. It was organized by Curtis Carter, the former director of Haggerty Museum of Art at Marquette University in Milwaukee. That was in 2007, and it traveled for two years. It started at Haggerty and then traveled to the Miami Art Museum, the Museum of Latin American Art in Long Beach, California, and then the Salvador Dalí Museum in  St. Petersburg, Florida in 2009.

It was quite a comprehensive exhibition, a wonderful exhibition. But it basically drew on works here in the United States. We wanted a different focus for our exhibition.

Tell us about the difference in focus. What’s the concept behind Imagining New Worlds?

As a consultant in Spanish literature, culture, and language, I was interested in showing the connections that Lam had to writers and poets, as well as to artists, throughout his life, specifically beginning with his experiences in Spain with the Spanish Surrealists. He lived in Spain from 1923 to 1938. That’s a period that’s been under-represented in Lam scholarship. In the current exhibition we’ve devoted a large section to examining the Surrealist works and relating them to the better-known works from later periods.

We approach the work very much chronologically and geographically. Spain is a point of departure. He then had a short period in France before the outbreak of World War II, and then traveled back to Cuba. He had a ten-year period in Cuba, and we look at his development there. Once World War II ends, Lam returns to Europe, and he principally divides his time between France and Italy.

How did the exhibition come about? How long has it been in development?

It came about while I was curating an exhibition on [Chilean artist] Roberto Matta here at the McMullen. I’d been exposed to Matta when I lived in Chicago, where my husband and I both taught at Loyola University. Lam and Matta are often shown together in international museums. The Art Institute and the Museum of Contemporary Art in Chicago both had Lams as well as Mattas, so I was exposed to a lot of Lam when I was first researching Matta. Then when I came to Boston College, about 15 years ago, I proposed the Matta exhibition. While I was working on it I mentioned my interest in Lam to the McMullen Museum’s director, Nancy Netzer, and she very much supported me in that.

It’s actually been ten years now. I did the Matta exhibition in 2004. It’s been a long time coming.

How is the show organized? What are some of the themes?

As I mentioned, the show is organized chronologically—though not strictly chronologically—and geographically. Within those geographic periods, we look at and analyze Lam’s artistic development. For example, the first period is in Spain, and we look at his academic paintings and how he embraced the avant-garde. In France, we look at the influences of Picasso and the French Surrealists.

With the return to Cuba in 1941, we look at how he synthesizes those developmental inspirations, if you will, develops his own lexicon of imagery, and synthesizes the human, animal, and vegetal forms in his work.

We break the ten-year period in Cuba into two periods, because in the middle of that time, at the end of 1945, Lam travels to Haiti, where he becomes very caught up in syncretism, and syncretic religions. That begins to appear in his paintings, and we look at that very closely. Then in the fifth section he goes back to Europe, and we look at how he plays with abstraction. He’s exposed to the New York abstract expressionists, and he starts experimenting in that area as well.

Then we look at some of his monumental paintings, and we see how he begins to re-incorporate the figure into a more abstract framework. The final section ties back to the very first section: we look at his collaboration with poets. We have a lot of portfolios and illustrations of books that he collaborated on with some of the preeminent 20th-century poets, both in Europe and in Latin America.

Other than artworks by Lam himself, does the exhibition include other objects?

We have the portfolios, book illustrations, and ephemera. And from Lam’s personal collection, we have Oceanic and African sculptures. We decided to include those because we’re interested in tracing their influences in his work. We see a lot of the African influences in his earlier period in France, and when he returned to Cuba in the 1940s. Then in the 1950s he starts collecting masks from New Guinea. We see some of those elongated forms represented in the monumental paintings from the 1950s and 1960s, like the totem figure. I think it’s going to be interesting for the viewer to see how he uses these actual sculptures that were in his collection, and to make the connections to the paintings.

Where are the works in the show coming from? Are there any from the McMullen’s collection?

Believe it or not, none of them are coming from the McMullen. As a museum, we support temporary exhibitions. We have limited permanent holdings, so our energies are focused more on organizing and producing exhibitions. We’ve done that for artists like Matta, Edvard Munch, and Jackson Pollock. That’s our niche as a museum.

So I had to go out and find these paintings. A lot of them come from the United States, I’d say principally from Miami, New York, Chicago, and Houston, where Lam’s work is better known. In addition, we wanted to really cover the depth and breadth of his work, so we have many pieces coming from Europe and Latin America.

No, we don’t have any pieces coming from Cuba. We went down to Cuba several times, and I think the relations between the two countries was just not able to support the endeavor at this time. But we were able to go to the Museo Nacional de Bellas Artes in Havana and meet repeatedly with the director and with the curator of the Cuban avant-garde galleries, Roberto Cobas Amate. We were able to have many, many conversations, and to view the works repeatedly. They even allowed us to go into their storage and view the works there. From that emerged a wonderful relationship. And we invited Roberto Cobas Amate to write an essay for our catalogue. He speaks to those pieces that are in the holdings of the Museo Nacional.

Are there works that you’re especially pleased to have in the show?

You have to understand, that’s like asking a proud mother who her favorite children are. [laughs] I’m hard-pressed to come up with just one or two. I had very generous lenders, and almost anything that I wanted, I was able to borrow. Except for La Jungla at MoMA, and La Presencia Eterna from the RISD Museum—both of them had conservation issues and could not be shown.

But we’re delighted to have a couple of early pieces that I don’t think have been seen in the United States. One of them is a Spanish Surrealist painting from 1930, Composición I. And there’s a pair of drawings of Spanish campesinos, peasants. Those we’re very happy to have, so that people can trace his academic work and avant-garde work in Spain and make the connection to later paintings, like Oya, from 1944, and Le Sombre Malembo from 1943. That’s a beautiful piece, which incorporates the new vocabulary that he is developing when he returns to Cuba.

Anamu (1942) is one of the first pieces he paints when he returns to Cuba. And from 1945 is Au defaut du jour, which is a beautiful, simple, reduced-palette painting. And in his final period we’re really happy to have, from 1960, Grande Composition, a monumental painting that incorporates synthesized forms of the figure, but in an abstract framework. You can see his development all the way through in this painting.

Tell us about the catalogue.

We tried to represent a balance of art historians and an interdisciplinary approach. Among the art historians are Claude Cernuschi, who’s on the fine arts faculty at Boston College, and Roberto Cobas Amate from Cuba, as I mentioned, the curator of the Cuban avant-garde galleries at the Museo Nacional. We also have Lowery Stokes Sims—she and Roberto Cobas Amate are preeminent scholars on Lam.

Professor Cernuschi worked with me on the Matta show, and he has a new approach: he analyzes the art of Wifredo Lam in relation to the French anthropologist Claude Lévi-Strauss and his colleagues. I’m writing on the Spanish period, and then we have Roberto Goizueta—who happens to be my husband—who’s on the faculty here in the theology department. He looks at the question of religion and Santería. So the catalogue has a lot of new material, but it’s also well grounded in the preeminent Lam scholars. We’re happy to have them all.

Will the show travel?

Yes. It’s going to the High Museum of Art in Atlanta, from February to May 2015.

Will there be other venues?

We had other inquiries but they came a little too late in the process and we decided against it. One of the institutions that was interested was the Kreeger Museum in Washington, D.C. They’re now planning a Lam exhibition for 2016.

It’s going to be an exciting time for Lam. I think that the Pompidou and the Tate are planning exhibitions for next year too.

In 2015? It sounds like it will be quite a Wifredo Lam year.

I think it is. And we’re very happy that we got in there first [laughs], and got the pick of the litter, you might call it.

I did an interview for another publication yesterday, and they wanted to know why it took ten years to develop this exhibition. I tried to explain that in some ways Lam is a more complex figure than Roberto Matta—he was swept up in almost every major aesthetic, political, and literary movement in the 20th century. He was involved in the Spanish Civil War, he was affected by World War II. He was born in the year that Cuba gained its independence from Spain, and he was affected by the Cuban Revolution. So there were a lot of research angles to pursue. He lived in so many different places, and lived so much of life, that it took a bit longer to pull this one together. But it’s certainly worth the wait.

Wifredo Lam: Imagining New Worlds opens Saturday, August 30, at the McMullen Museum of Art at Boston College. A public reception will take place on Sunday, August 31, from 7 to 9:30 p.m. The show runs through December 14.