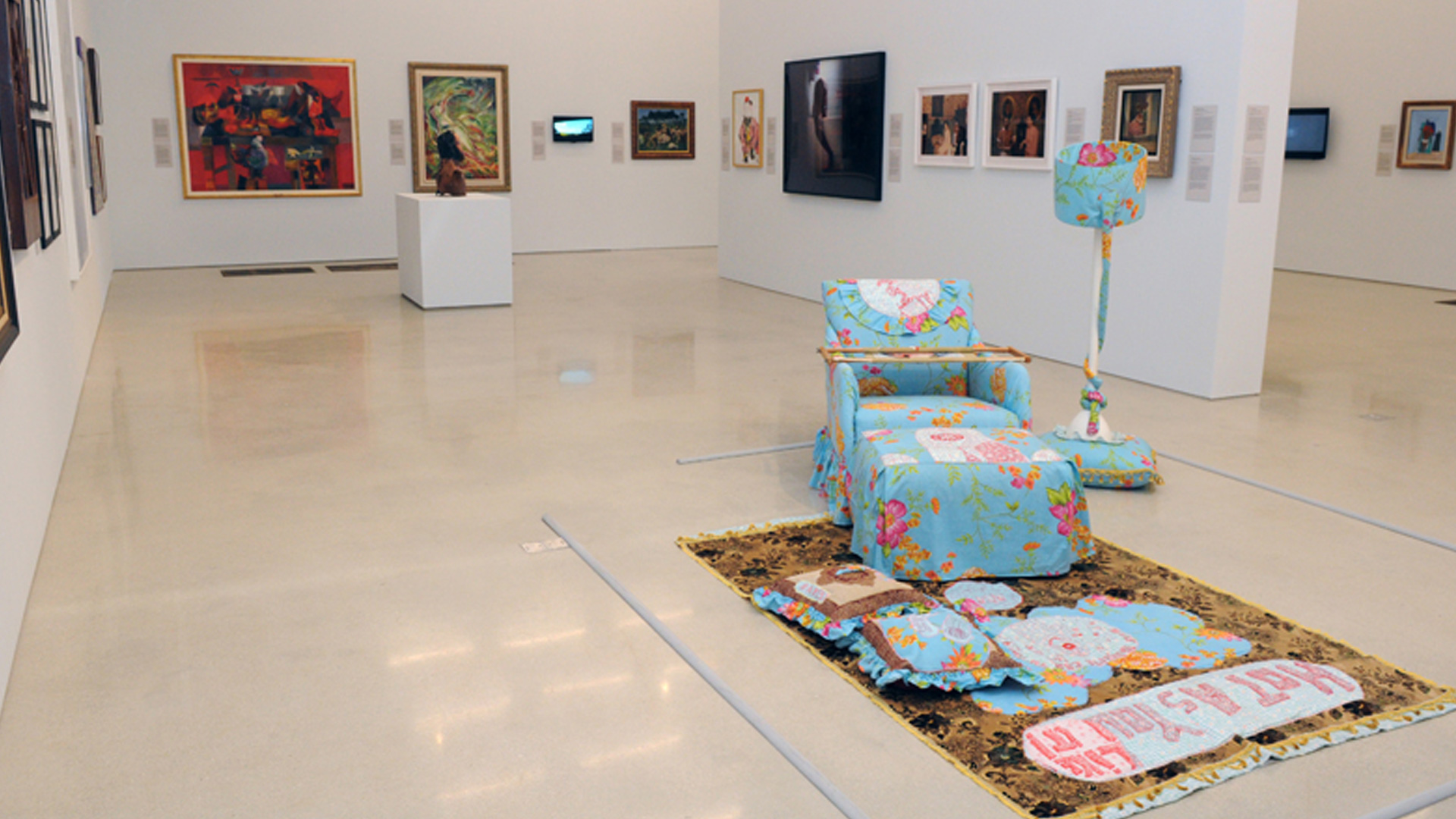 In summer 2012, Cuban Art News posted a four-part interview with Elvis Fuentes, coordinating curator of Caribbean: Crossroads of the World, a sweeping exhibition presented that season at three New York museums. To mark the opening of Caribbean: Crossroads at the Pérez Art Museum Miami, here are selected excerpts from that interview, in which Elvis talks about the ideas behind the show, and where Cuba fits into the broader picture.

How does Cuba figure in the exhibition, and in your thinking about Caribbean art in general?

Cuba is the largest of the Antilles. Throughout the 19th century—and most of the 20th century, actually—it was one of the most important places, especially Havana. There are many ways in which Cuba intersects with Caribbean history, or the way we were thinking about it. Havana and Matanzas were the most important, rich areas in terms of the plantation system, especially sugar, and of course cultural development throughout the 19th century. But in terms of Caribbean history, Santiago de Cuba is also very important, and Cienfuegos, because there was a very important migration of planters who moved there after the revolution in Haiti.

I tried to not over-emphasize Cuban presence, but the fact is that the earliest academy of art in the region is there, for instance—the Academy of San Alejandro in Havana. That says a lot about the development of a certain type of academic painting tradition, as opposed to other islands and territories where that development is more sporadic. And where you can find really important figures, but not a mass of artists—that’s a fact. But we tried to have balance throughout the show.

How does the exhibition place Cuban modernism in the early 20th century? And the Vanguardia movement?

The show is not about art history—that is really key. It’s about cultural history, cultural issues in the Caribbean. Issues of race, issues of political history, issues of migration, language. The carnival, different cultural expressions we thought were important to have in the show. But there’s not a specific interest in tracing a history of art in the Caribbean.

First, because that would be completely unbalanced. Because as I was saying, Cuba has an academy of art very early in the 19th century, but the next school of art you will find in the Caribbean will be at the end of that century, in Venezuela… In the islands it’s even later, for instance, 1942 in the Dominican Republic… in the 1950s in Puerto Rico. But there are several of these places, especially the small islands, that don’t have a school of art even today. Or they rely mostly on private academies led by one artist. Which is also something that is important throughout the Caribbean, but it’s a different kind of model, a different kind of development.

So it was not as much important to have this kind of history of academic art in the Caribbean so much as seeing how the cultural history of the Caribbean has affected the visual arts. Which is mostly what we were dealing with, or thinking of as relevant for the show.

Looking at contemporary Cuban art since the 1980s, it seems like one of the themes that drives the work is the conscious reclamation of the Afro-Cuban aspect of Cuban identity.

But that’s not new. It’s something that started in the 1920s, right after the big massacre [of 1912]. The only thing is that they were not discussing politics at the time, and they still don’t discuss politics today. There’s this recovery of the African heritage, but it’s folkloric, more anthropological. Cultural anthropology, not policies to deal with the issues. And we’re not talking about a dead culture—we’re talking about a real culture that still is there today. And we’re talking about historical scars that are there and are not discussed. . . . Still today, those are taboo themes in Cuba. I’m not talking only under the Revolution—I’m talking even before.

The theme of immigration and diaspora is important throughout the Caribbean, but particularly for Cuba. How is that addressed in the show?

Today people think of Cuban art as divided between the Cubans on the island and the Cubans abroad. But that doesn’t make any sense. Think of what happened in the 19th century or even in the 20th century with an artist like Wifredo Lam. He produced most of his work in France. Or Agustín Cárdenas—he definitely produced the majority of his work outside of Cuba. Guillermo Callazo—he painted a lot in New York while he was escaping the wars in Cuba. And we don’t question that that’s part of the history of Cuban art. Today because of the political situation we tend to see this division, but that’s totally overrated, I would say. And it’s something that’s not going to last forever, I’m pretty sure of that.

Because it happened before, such as with those artists I just mentioned. And people now don’t question that—“Oh no, because this was made outside of Cuba, this isn’t Cuban art.” No one debates that Esteban Chartrand or Guillermo Callazo is not Cuban art, anywhere he made it—it doesn’t matter. The same with Agustín Cárdenas. The same will happen with artists like Ana Mendieta or Félix Gonzalez-Torres. So those are important things that we can take into account. For me, where the artist is producing the work is important in terms of the artist’s history, his context, and all. It’s less important in terms of the overall history that we’re going to tell. So diaspora is in the show, but it’s integrated.

There’s a book that accompanies the exhibition. Tell us about that.

Caribbean: Art at the Crossroads of the World is not a catalogue—it’s very important to understand that. It’s a publication that we see as part of the larger overall project. I co-edited it with Deborah Cullen. We commissioned texts from several people who are really knowledgeable about the Caribbean, and we wanted them to contribute some specific discussions. So you’re going to see a range of texts, from general pieces on ideas about the Caribbean to more specific texts about one island—something that’s not necessarily about the whole Caribbean, but you’re going to see a lot of connections there.

All artworks have stories, but we didn’t want to present them just as tokens that relate to a story. They are first and foremost artworks. We were interested in people seeing the works as artworks: how the artist interpreted, and the voice of the artist and what they have to say. . . . We think it’s more important that people have this experience first. Then the interest starts, and the questions start, and they’re based not just on the information that we provide, but on the aesthetic experience that they’re having. And that is key.