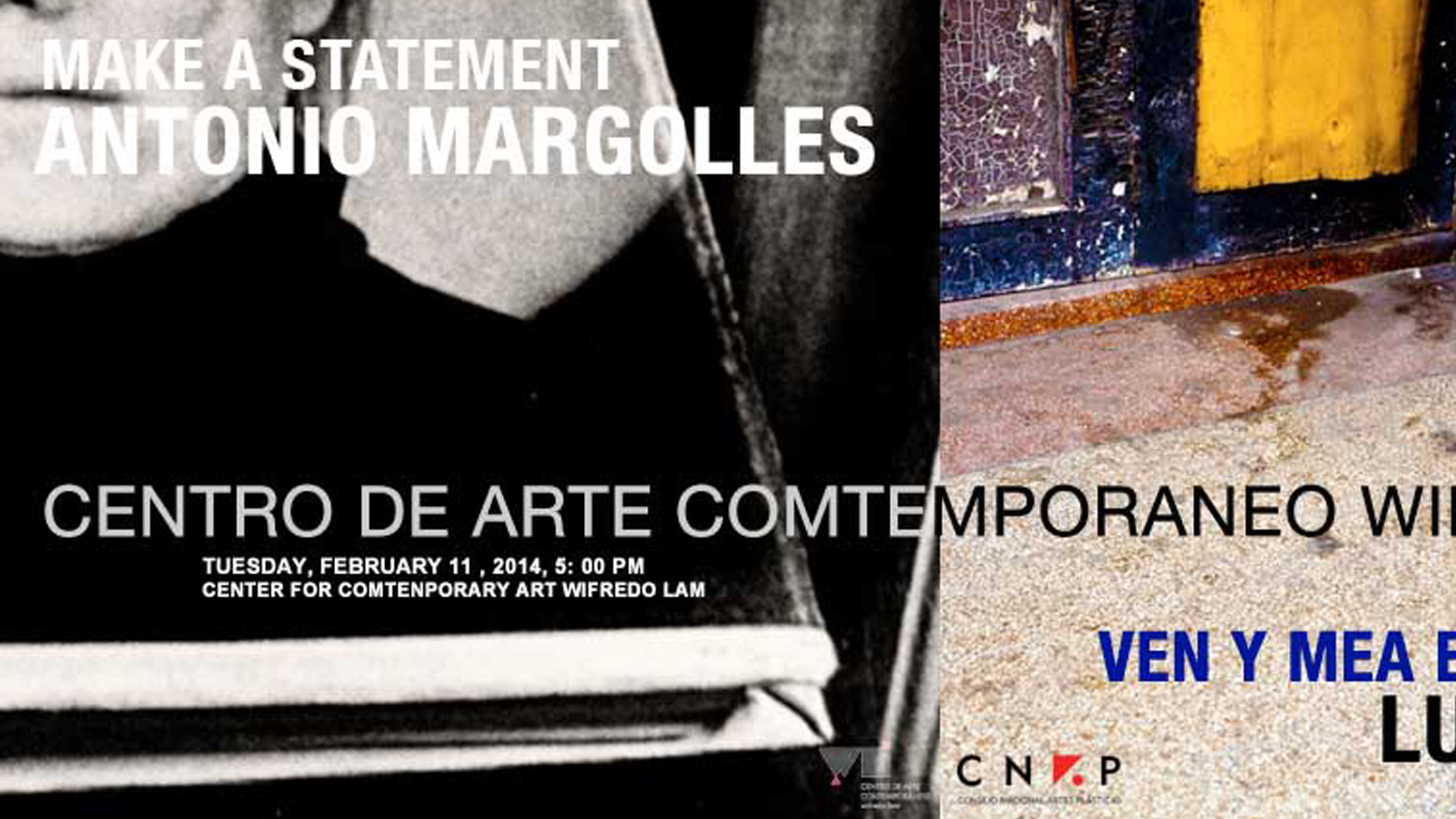 Tonight in Madrid: Los Carpinteros’ Bazar. The contemporary art organization Ivorypress is hosting its second Los Carpinteros exhibition, opening this evening. Small and medium-format works make up the bulk of the show, which is centered on three of the duo’s recent videos—including Conga Irreversible (Irreversible Conga), which documents the performance staged by Los Carpinteros for the 11th Havana Biennial. Best to put it on your calendar now: the show runs only through March 5.

Cómo es lo que es at CDAV. You may have seen our sneak preview of Sala Discontinua, the show by Celia and Yunior and Ricardo Miguel Hernández that opened earlier this month at the Centro de desarrollo de las artes visuales (Center for the Development of the Visual Arts, or CDAV). And you might have caught the photos of the Sala Discontinua opening last week. But there’s another intriguing exhibition at CDAV this month: Cómo es lo que es (It Is What It Is), a double show of work by emerging artists Osvaldo González and Francisco Alejandro Vives (Jim). Conceived as a way of re-examining and repositioning the production of cutting-edge contemporary art on the island, Cómo es lo que esruns through early March.

And a Double Show at the Lam Center. Last week saw the opening of another double exhibition in central Havana: Antonio Margolles: Make A Statement and Luis Gómez: Ven y mea en mi puerta(Come and Piss on My Gate). Both are photography shows, and they run through February 28 at the Centro de Arte Contemporáneo Wifredo Lam.

Saturday in Miami: Angela Valella’s Human, So Human. Inspired, in part, by a statement by Friedrich Nietsche—“[it] is better to be an artwork than to be an artist”—Angela Valella’s solo exhibition Human, So Human assembles works in a variety of media, including prints, photography, collages, installation art, and video. Arranged in multiple groupings, the objects in each group seem to set up their own internal relationships. In the process, the show proposes a kind of seriality that cannot be reduced to a simple timeline. Human, So Human opens this Saturday, February 22, at Miami’s Farside Gallery, where it runs through March 30.

And Pavel Acosta in Early March. His Wallscape project was one of the standouts in the recent Bienal at New York’s El Museo del Barrio. Now, Pavel Acosta is preparing for his first U.S. solo show. Curated by renowned New York and Miami art dealer Bernice Steinbaum, with an exhibition essay by Elvis Fuentes, the show opens Thursday, March 6 at Zadok Gallery in Wynwood.

The Universe Next Door Reaches Atlanta. After acclaimed runs at the Art Institute in Chicago and the Getty Museum in Los Angeles, Abelardo Morell: The Universe Next Door is poised to start the third leg of its U.S. museum tour. The retrospective opens this Sunday, February 23, at the High Museum of Art in Atlanta, where it runs through May 28.

Here’s an interesting short video of Morell explaining how he came to make his well-known image of San Francisco’s Golden Gate Bridge, projected on grass.

Teresita Fernández at Harvard. The 2005 MacArthur Foundation “genius” award-winner and member of the U.S. Commission of Fine Arts will talk about her work in a public lecture on campus, free and open to the public. Mark your calendar for Thursday evening, February 27, 6:30 to 8 p.m. at Harvard’s Piper Auditorium. The talk comes just ahead of a large-scale exhibition of her work that opens later this spring at MASS MoCA, in western Massachusetts.

New E-Books from C de Cuba. The Spain-based magazine on contemporary Cuban art recently launched a line of e-books with a monograph on Cuban artist Rubén Fuentes. Free downloads of the book (in Spanish only) are available on the C de Cuba website.

Residency scholarships from OEI. The Organization of Iberoamerican States (OEI) is offering 200 residency scholarships for artists and cultural managers. The awards will include point to point airfare for international travel, and board and lodging expenses during the period of residency. The maximum period of stay in the destination country is between 7 and 15 days, and will be determined in the call for submissions that each country will enact once the corresponding agreements have been reached. The residency period could be extended depending on agreements between the countries.