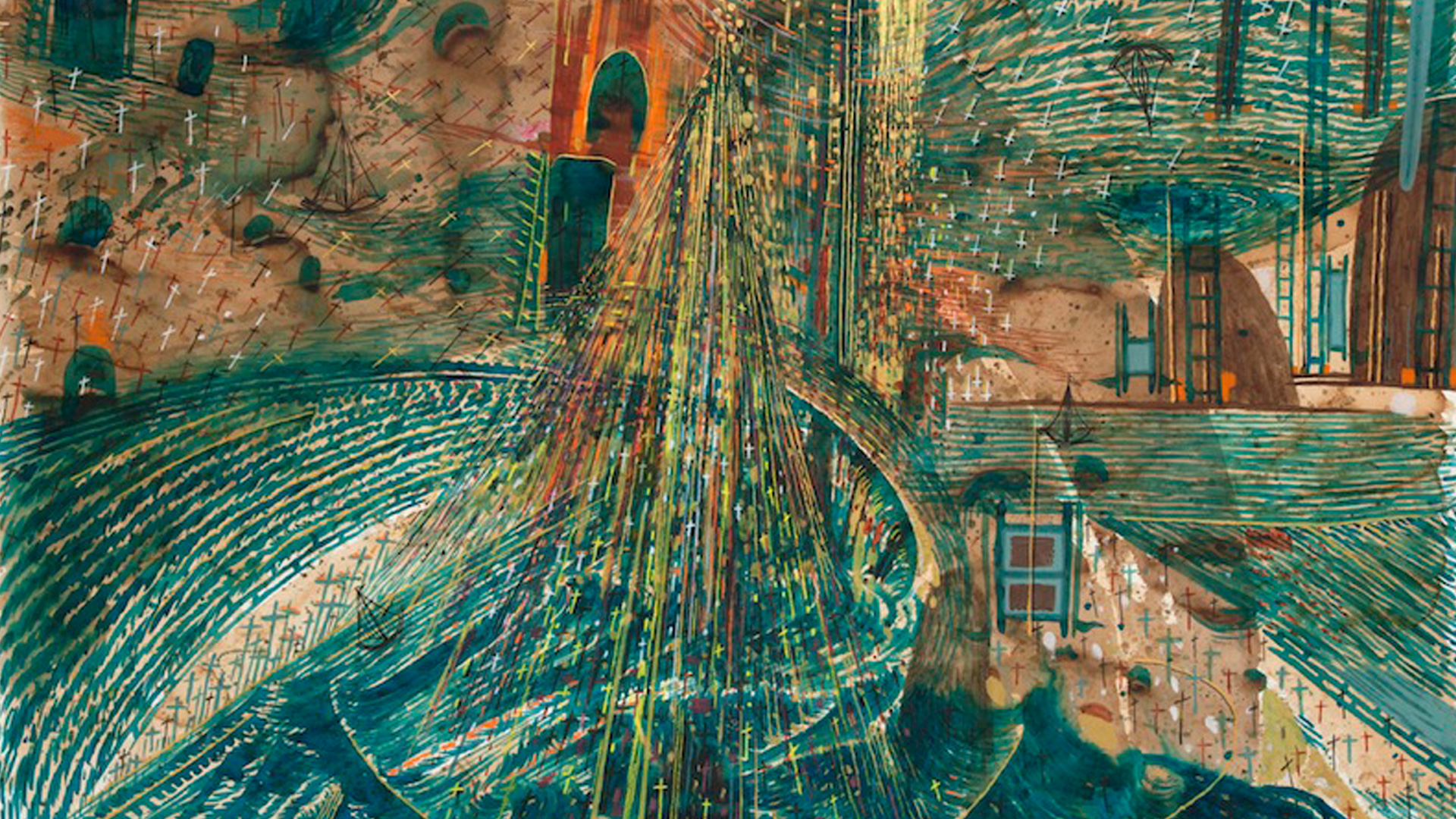 Tomorrow, the Queens Museum of Art  (QMA) in New York City celebrates its reopening with a day-long community celebration. The festivities include the opening of Citizens of the World: Cuba in Queens, a look at recent Cuban art on the island and beyond.

The exhibition marks the opening of the QMA’s Shelley and Donald Rubin Gallery, a new space within the museum. It’s the first of three exhibitions, drawn largely from the Rubins’ private collection, scheduled for the space. (The other two will focus on contemporary Tibetan and contemporary Indian art.) Curated by Rachel Perera Weingeist, senior advisor to the Shelley & Donald Rubin Foundation and director of The 8th Floor art space, Citizens of the World features over two dozen paintings, sculptures, installation works, and videos by more than 20 artists.

A highlight of Saturday’s opening is the performance by María Magdalena Campos-Pons and Neil Leonard of Llegó FeFa 4: Rosa de los vientos (FeFa Arrived 4: Compass Rose), a ceremonial procession to ritually cleanse the gallery space and imbue it with positive energy. Rosa de los vientos is scheduled to take place at 5:30 p.m. on Saturday.

A statement on the QMA website describes the exhibition:

“Citizens of the World: Cuba in Queens explores how Cuban visual artists, living both on island and in diaspora, grapple with the profound complexities between identity and place. Simultaneously a collective sentiment and a uniquely individual notion, lo cubano extends beyond geographic and existential boundaries. Exploring personal motivations and experiences, this exhibition presents varied expressions of spirituality, humor, isolation, and discovery surrounding the immigrant experience and the intangible connections between where one lives and one’s sense of self.

As the theme suggests, the tone and perspective of the work is widely diverse. While some artists convey a sense of celebration, others focus on the disconnect between the promises of the revolution and the realities of contemporary life. Domestic spaces, grand and decimated, imaginary and real, are prominent. Intertwined cultural icons from the island and adopted homelands emblemize the complexity of the immigrant experience. Historical archetypes are reinterpreted, prompting viewers to question preconceived notions of Cuba. Works focused on the individual provide insight to the intangible connections between a home and sense of self.”

Here’s a sneak preview of Citizens of the World: Cuba in Queens as the installation was nearing completion. Unless otherwise noted, all works are from the Shelley and Donald Rubin Private Collection.

A wider view of the exhibition. The hanging sculpture at left is Black Ceiba, 2010, by Elio Rodríguez; at center is Casa mochila (House Backpack), 2012, by Abel Barroso; and the installation over the doorway at right is Ciudad en ascenso (Ascending City), 2009, by Roberto Diago.

A view from the other side of the gallery. From left, Dreaming in Havana, 2010, by Alexandre Arrechea; 5 works by Douglas Pérez Castro from the series “Vedado ST;” and more distant views of Ciudad en ascenso (Ascending City), 2009, by Roberto Diago, Casa mochila (House Backpack), 2012, by Abel Barroso, The Flag. Color Code Venice 13, 2013, by María Magdalena Campos-Pons, Untitled, 2005, by Guillermo Estrada-Viera, and Black Ceiba, 2010, by Elio Rodríguez.

. . . and Goodyear Triptych, 2013 by Carlos Rodríguez Cárdenas (at left) and Round Trip (Havana-New York), 2013, by Bernardo Navarro Tomás. For close-up looks at both works, see the Cárdenas and Navarro Tomás photo albums on the Cuban Art News Facebook page.

Here, María Magdalena Campos-Pons performing as FeFa during the opening of the Venice Biennale earlier this year. According to the artist, FeFa stands for “familiares en el estranjero” [Fe] and “family abroad “[Fa]. As she explains it, “FeFa is both an artistic persona and a metaphor for the immigration, exile, family and community separation experienced by numerous Cuban families.” With Neil Leonard, Campos-Pons will appear as FeFa in Llegó FeFa 4: Rosa de los vientos (FeFa Arrived 4: Compass Rose), the fourth performance work centered on this figure. The performance will take place in the gallery this Saturday, November 9, at 5:30 p.m.

Citizens of the World: Cuba in Queens runs November 9-March 9 at the Queens Museum of Art.