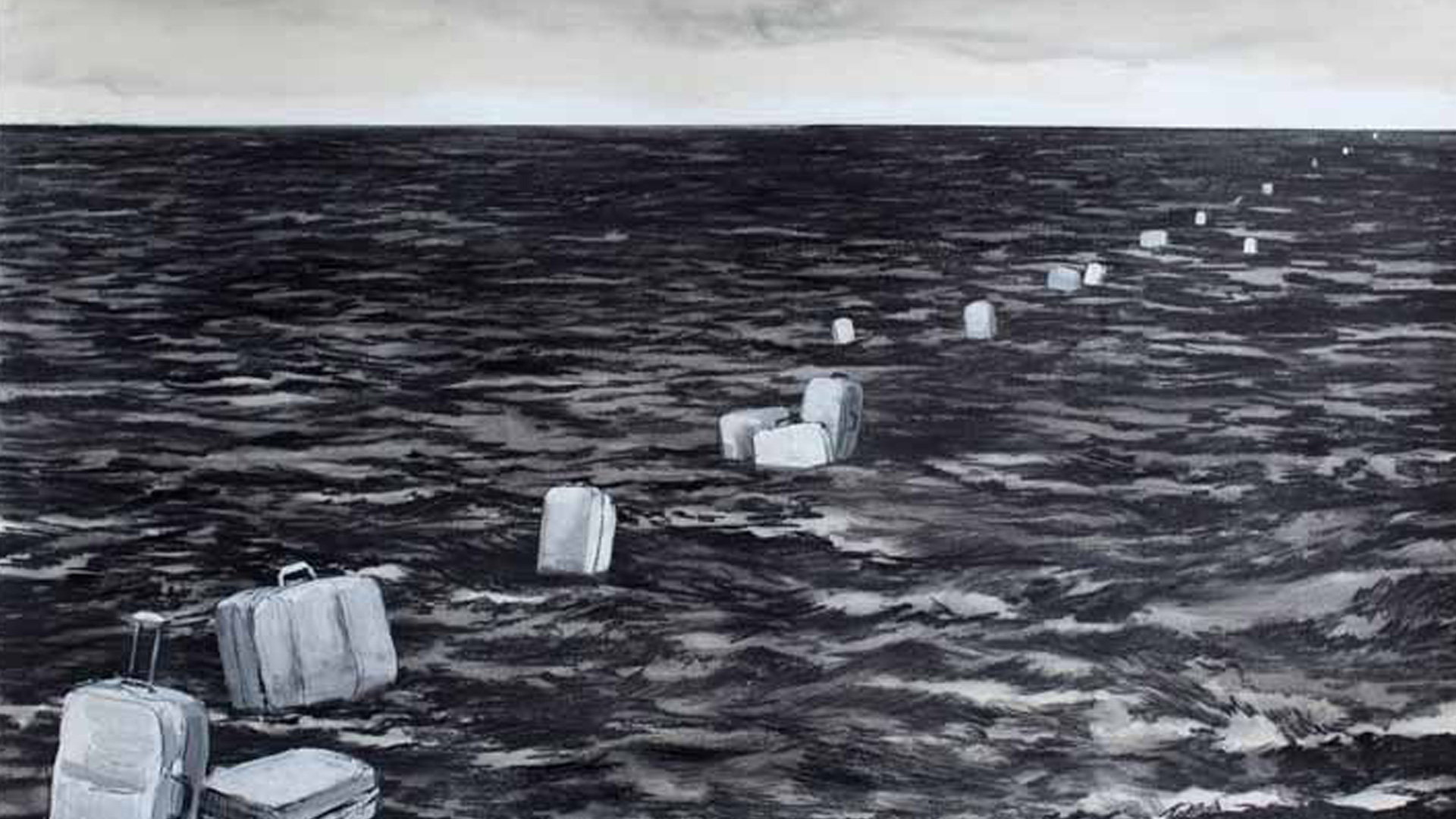 Earlier this month, the Cuba Project of the Bildner Center for Western Hemisphere Studies invited artist Yoan Capote (b. 1977, Pinar del Rio, Cuba) to speak about his work to an audience of academics and students. Mauricio A. Font, director of both the Cuba Project and the Bildner Center, welcomed the group, noting that the Cuba Project often works with other academic and policy-oriented programs and institutions to promote a broader dialogue. One such group is the American Friends of the Ludwig Foundation of Cuba, whose president, Carole Rosenberg, proposed inviting Capote to speak.

Rosenberg herself introduced Yoan to the audience. Years ago, the Ludwig Foundation in Havana had selected the artist—then a student at ISA, the Instituto Superior de Artes—to participate in its program for the professional development of young Cuban artists. This year, the foundation arranged for Capote to create four sculptures, on view at Long Island’s LongHouse Reserve art center through October 12.

Yoan opened his presentation by noting that the challenge for Cuban artists is to deal with Cuban reality but at the same time to make art that can be universally appreciated. By way of example, he cited his sculpture Stress (2004), which features rows of molded bronze teeth supporting heavy concrete blocks. The work was inspired by the artist’s own experience of grinding his teeth as a result of stress. For the sculpture, each row of teeth supports the weight of a 500-pound concrete block, which for the artist represents social pressures.

Images of the brain find their way into several of Capote’s sculptures. Racional (2004, 2006, 2007 versions) “embodies the dichotomy between pleasure and fear, thought and desire, instinct and reason.” In Locura / Madness (2004), the silhouette of a human head rests on an unstable base—an upside-down brain that’s become detached from the head. In Open Mind (2008), the image of the brain becomes a maze, conceived as a meditative space open to all.

Other works reference the experience of immigrants. For the original version of Nostalgia (2004), the artist filled the suitcase he had brought from Havana with bricks from Manhattan, representing the conflict of traveling to a new country and the burdens we carry with us. The original work was destroyed but later re-created in bronze. In Migrant (2010–2013), two trees are transformed into long human legs, evoking the growth that can result from being uprooted. For Tran/Sit (2002–2013), well-worn suitcases are arranged to form a bench, becoming a “symbol of the psychological conflicts of those people who must learn to survive far from their homeland.” (It’s featured in the LongHouse exhibition this summer, along with versions of Nostalgia and Migrant.) Another work in Yoan’s presentation, La ausencia (escuchando el vacío) / The absence (listening to the void) (2011), depicts a closet with empty clothes hangers—a poignant evocation of the emptiness felt when loved ones leave their homes and homelands.

Other sculptural works imply subtle social commentary. The window grille of Paranoia (2006) is transformed into silhouettes of faces drawn from shadows cast on a wall. Like a window with no exit, this work “gives us the sensation of desperation…or the experience that we are prisoners within ourselves or that we are imprisoned by those who surround us.” For Maleable / Malleable (2008), the artist took photos of political acts in Cuba and pasted them on a Rubik’s cube as a commentary on societal manipulation and disorientation. Retrato de la Masa / Mass Portrait (2007-2008) consists of a grouping of stone blocks with only an ear carved into each. The subjects of these “portraits” have no faces and no voices: they can only listen and cannot speak. According to Yoan, Mass Portrait was inspired by the work of Spanish philosopher José Ortega y Gasset, The Revolt of the Masses (1930).

In a discussion with the audience, Capote remarked that this was the first time he had visited the U.S. and had not considered emigrating. Asked if this was due to Cuba lifting travel restrictions for its citizens, he agreed. He is happy to belong to Cuba and appreciates the education he received there. Since 2000, he said, Cuba has become more open, and artists of his generation are more aware of how to adapt their work to other contexts. Some are learning to function in the international art market, but, he adds, there is still a need for more galleries on the island.

As his work has developed, Yoan has assembled a team of 30 people to help with his projects. He is also establishing a foundry in Havana to manufacture sculptures. He explained that he tries to spend at least an hour a day just thinking up new ideas for projects. One such idea exists only as a drawing: Ida y Vuelta (la Habana) / Round Trip (Havana) (2000), which imagines a series of luggage-shaped buoys connecting Havana and Florida.

The Bildner Center for Western Hemisphere Studies is an “interdisciplinary forum for scholars, policy makers, and civil society leaders working on contemporary issues in the Americas.” It is affiliated with the Graduate Center of the City University of New York (CUNY). The Cuba Project is a “collaborative effort to study changes in Cuban politics, economics, culture, and society,” focusing on developments in Cuba in an international context.