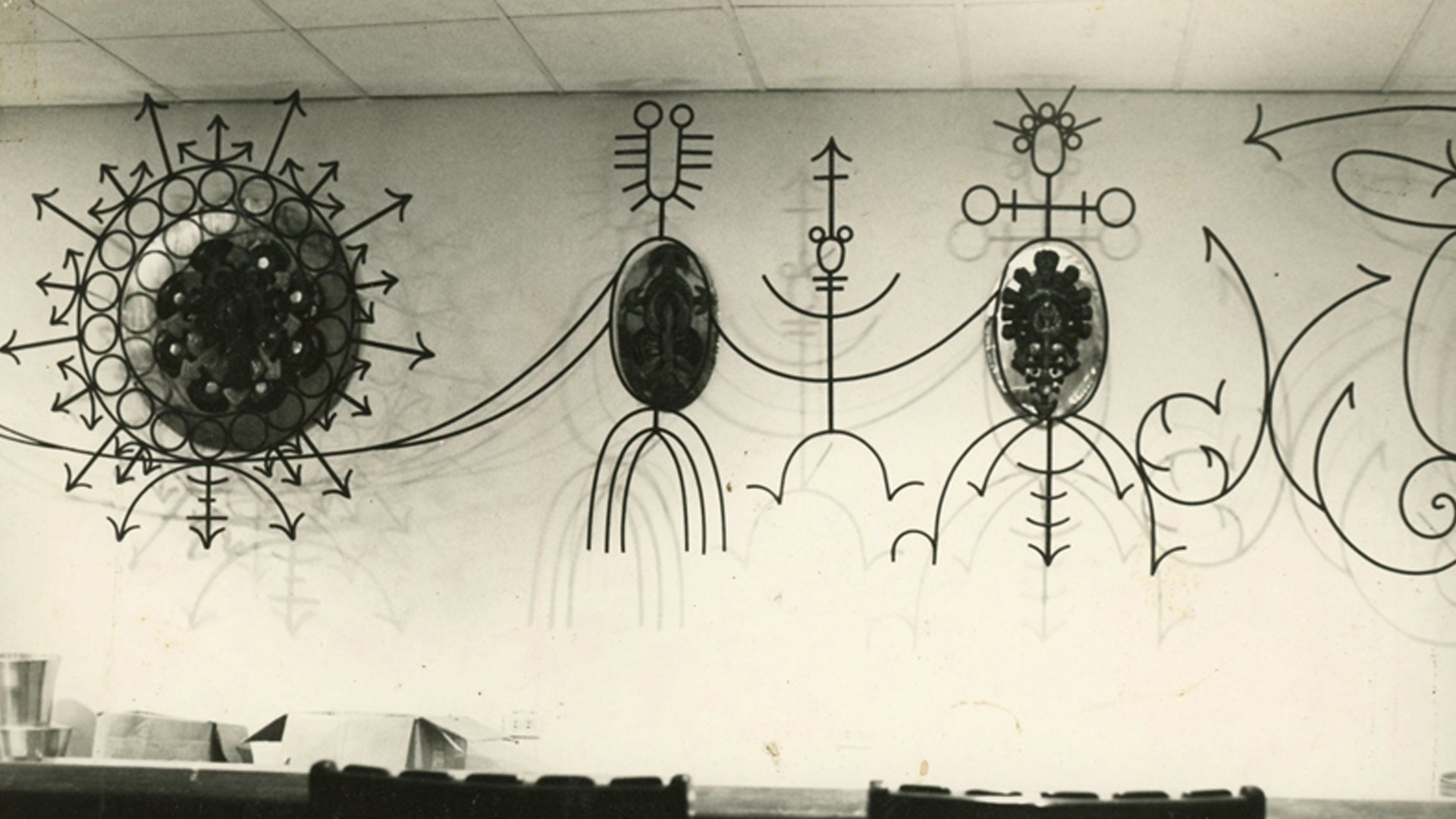 During the late 1970s in Cuba, a multigenerational group of artists joined together to form a collective called Grupo Antillano. Historian Alejandro de la Fuente learned about the existence of the group while organizing the 2010 exhibition Queloides: Race and Racism in Cuban Contemporary Art, and set out to research the group’s work and bring it back into the public eye. The result was the exhibition Drapetomanía: Exposición Homenaje a Grupo Antillano (Drapetomania: Exhibition in Homage to Grupo Antillano), which debuted at the Galería de Arte Universal in Santiago de Cuba in April of 2013. In addition to works by members of Grupo Antillano (active 1978-1983), as a tribute the exhibition included the work of a dozen artists from the next generation, among them Belkis Ayón, Eduardo Roca Salazar (Choco), and Juan Roberto Diago.

Grupo Antillano: The Art of Afro-Cuba / el Arte de Afro-Cuba (University of Pittsburgh Press, 2013), the publication based on the exhibition and edited by de la Fuente, is now available. The bilingual book presents a record of the exhibition and a history of the collective, with essays, color reproductions, and individual entries for each member of the group. De la Fuente has also assembled the available exhibition posters, photographs, and newspaper clippings, offering a glimpse of the period. Narrative accounts (testimonios) by founding members Rafael Queneditt and Eugenio Hernández Espinosa offer firsthand the motivations that propelled the work of the collective. Group member Guillermina Ramos Cruz, an art historian, contributes a panoramic snapshot of the African presence in Cuba with a brief history of images of blacks in Cuban art. Also featured are essays by José Veigas and Judith Bettelheim, and by de la Fuente, who explores the history of Afro-Cuban culture.

The artists of Grupo Antillano created a body of vibrant and powerful work, offering an alternative window into the 1970s, a decade often dismissed as a fallow and/or propagandistic period in Cuban art. The works of the collective reflect a diversity of mediums, styles, and aesthetic approaches. Primitivist, naïve, and modernist elements appear in many artists’ works, and the influence of artists such as Picasso and Wifredo Lam are evident.

As is often the case, the availability of materials influenced what kind of work could be produced. For example, the sculptors of Grupo Antillano often used wood and iron rather than bronze. Others worked with mixed media, using pencil, ink, or acrylic on surfaces of paper, cardboard, and wood, in addition to traditional oil on canvas.

While the first half of the 1970s in Cuba (referred to as the quinquenio gris) was marked by ideological dogma, Grupo Antillano formed, as José Veigas observes, with the momentum of the cultural opening of the late 1970s amidst the first signs of the New Cuban Art, the formation of the Cuban Ministry of Culture, and the art festivals of the time, such as the Caribbean cultural festival Carifesta. The pan-African movement developing during this period inspired the collective, and Judith Bettelheim highlights the connections between Afro-Cuban artists of the 1960s and 1970s and black artists outside Cuba, especially in Africa, the Caribbean, and the United States. Several of the artists who would soon form Grupo Antillano participated in the Second World Black and African Festival of Arts and Culture (FESTAC) in Nigeria in 1977, part of Cuban artists’ involvement in the African roots movement of the period.

Group members Rafael Queneditt and Manuel Mendive held that recognizing the centrality of Afro-Cuban elements was necessary for an understanding of Cuban culture, and Afro-Cuban religious and cultural content is prominently featured in the art of Grupo Antillano. For example, Mendive’s Barco Negrero refers directly to African origins in Cuba in his cross-sectional depiction of a slave ship.

Rafael Queneditt incorporates symbols of abakuá, the secret male Afro-Cuban religious fraternity, in Mural Abakuá, which was installed in the National Theater of Cuba.

The art of Leonel Morales features Yoruba deities, as in the example below titled Ochún.

Each of these works makes direct reference to Cuba’s historical and cultural links to Africa and is representative of the aesthetic and cultural focus of Grupo Antillano.

De la Fuente’s project has brought back into view a little-known chapter in the history of Cuban art and Afro-Cuban cultural history. Like the exhibition, the book focuses on how Grupo Antillano’s project contributed to the formation of an Afro-Cuban movement through affirming and promoting black Cuban culture and identity. The reasons for the lack of attention to Grupo Antillano after it disbanded will continue to be debated by historians, and art critics and historians will offer varying assessments of the exhibitions Grupo Antillano produced. But through de la Fuente’s exhibition and this valuable volume, we now have to opportunity to see for ourselves.