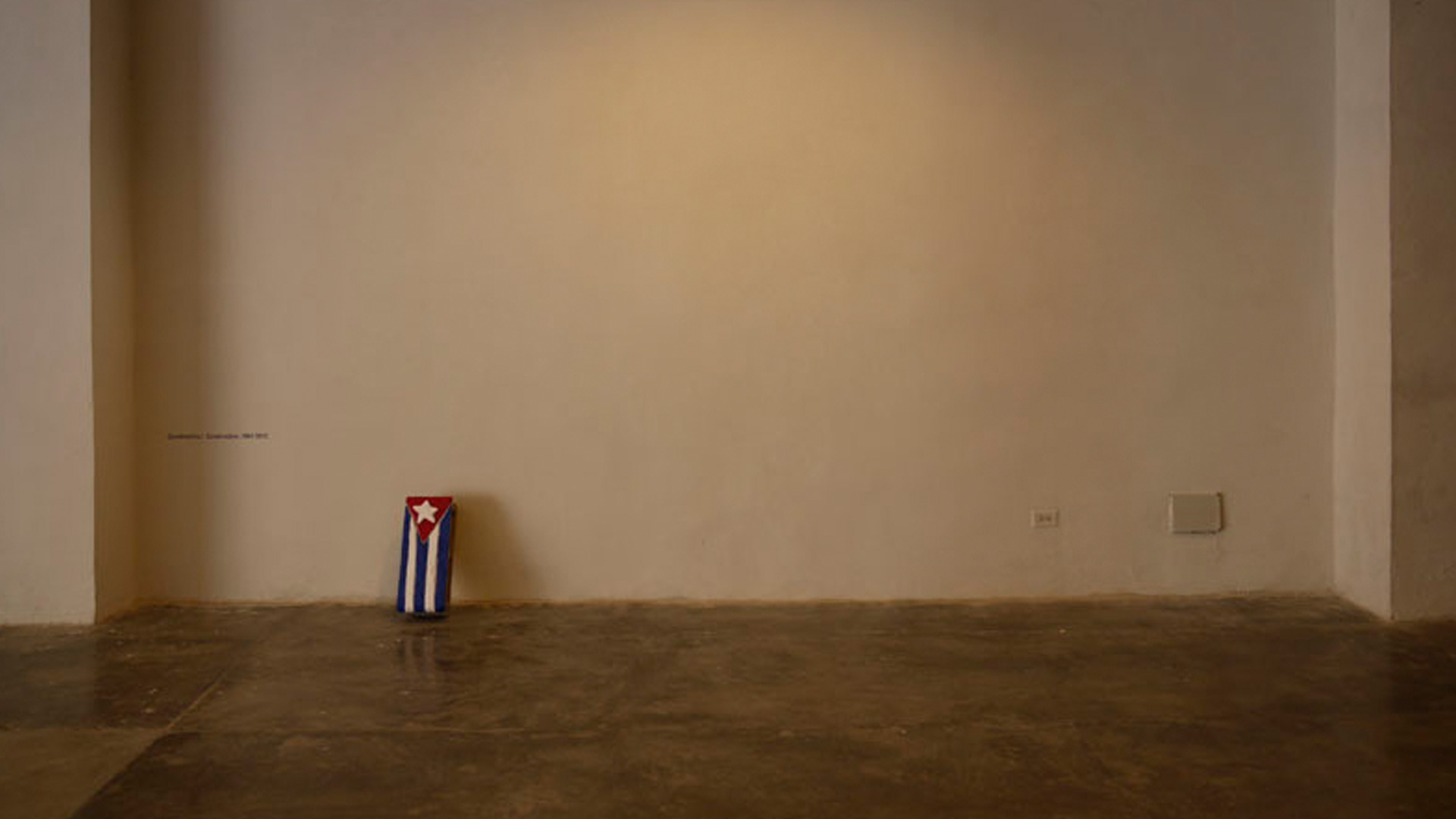 Yesterday, we began our series on Cuban artists at the Venice Biennale. Today, we continue with two more artists whose work is included in the Cuban Pavilion: Sandra Ramos and Tonel.

Here is Ramos’s statement about her work:

In my recent installations and videos I articulate a visual dialogue that expresses the arbitrariness of thoughts, images, perceptions, contrasts and uncertainties that we find in our daily life in the contemporary world.

I use a multiplicity of medias, according to the variety and significance of each work. I make prints and paintings using an alter-ego character, that of a Pioneer [Cuban youth group] girl who symbolizes my generation. She has the function of satirically commenting on the recent history of my country through popular stories that appear in Cuban texts.

During the 1990s I developed a series of painted suitcases. They were a compilation of the experiences, dreams, deceptions, and illusions of Cuban people who emigrate. Those sculptures and installations dealt with migration as a subject, as did my most recent series Horizontes, in which I use images of passports belonging to Cuban friends who live all over the world, manipulating them with collage and drawings.  In my work-in-progress series Bridging (including the works 90 Miles and 50 Miles, 2009-2013), I work with the idea of communication beyond boundaries: between geographical sites that have been always in historical conflict, or connected by migrations, as Cuba and USA, or Italy and the Balkan republics. Future projects will also address Mexico and the USA, the UK and India, China and Japan, etc. In this series the bridge becomes a symbol of unlimited human connections.

The recent development of communication media confers on contemporary life a dynamic that transcends the perception of time and space that we humankind have had previously. Those communication channels are also affected by a sense of alienation, in which entropy points out to us the theoretical limit that exists for the compression and assimilation of information.

The expansions of borders, waves of emigration, globalization in contrast to regionalism, religious radicalism, territorial wars, and the crises of utopian ideologies place us in a world full of uncertainties.

To express these ideas in visual work, I use personal and social memory documented through video and photographs, taking advantage in some cases of the kaleidoscopic deformation of images and the instantaneous speed of perception (as in The Uncertain Road, 2005, and Entropidoscopios, 2009). Other works explore contradictions on the social and developmental levels by means of opposition among materials, images, and such concepts as wealth and poverty, development and underdevelopment, abundance and scarcity (as in The dream of the reason, 2009). In other cases, the work plays with perceptions such as time-space, near and far, here and there, past and present (Parallel Roads, 2009).

My work also sets up a dialogue between private and public, the personal and the collective. The viewer who invades the intimate space of my mind also participates in many of these experiences and memories that are part of our shared environment.

Tonel’s statement about his participation in the Cuban Pavilion:

The selection of these works is based on the objectives of the organizer of the Cuban section, Jorge Fernández. Some of my own suggestions are included, based on my conversations with Jorge and knowing his ideas for the exhibition. We also took into account the space (Museum of Archaeology) where this show will be presented. These are all works that have existed for a while, some more recent than others.

Personally, I see a connecting thread in these works (especially in the first three): a look at history. It is a look that, in this grouping, rests at times on the nation, or close to the symbols of Cuba, and by extension, on Cubans. And at other times, it focuses on phenomena that reverberate beyond the national.

I think that perhaps these works contribute to thinking about history from an anthropological perspective. By this, I mean a way of understanding and representing history that puts the accent on individual experiences, including (auto)biographical, and on cultural variables, materials, and linguistics that affect us as human beings, even while—almost without realizing it—we are becoming part of history.

In the case of For a Constructive Radio, the decision to include this work originated in an agreement between Jorge Fernández and Giacomo Zaza, who is the organizer in charge of selecting the non-Cuban artists who are also exhibiting in the Museo de Arqueologia in Venice. I understand that Jorge and Giacomo saw that this work can establish a productive dialogue with the works of Chinese artist Wang Du, especially with some of his works that allude to communications media and their role in present-day societies.

Next week: More Cuban artists in exhibitions at the Venice Bienniale.