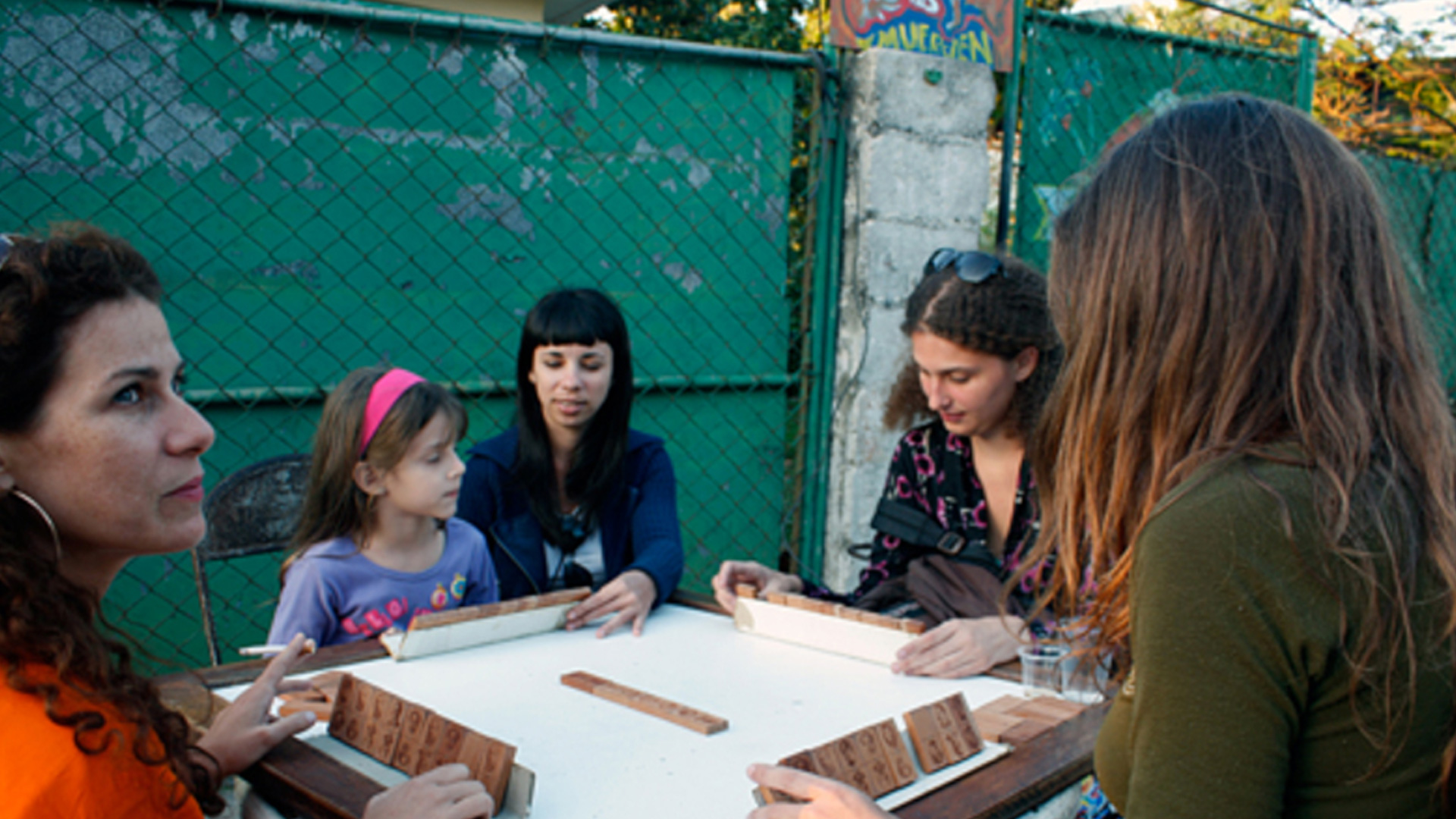 Independent curator and art critic Janet Batet organized the recent Miami exhibition Cachita: The infinite lightness of being, which celebrated Cuba’s patron saint, La Virgen de la Caridad, through the work of contemporary Cuban artists living outside the island. She shared her thoughts about the show with Rafael DiazCasas. (For additional images from the show, see the photo album on the Cuban Art News Facebook page.)

In Cachita: The infinite lightness of being, you invited a diverse group of artists spanning more than one generation. Being Cuban-born and not living on the island were the only shared criteria. What was your intention? Why the conscious decision not to invite artists currently residing on the island?

Cachita was a commissioned show. El Colegio de Belén wanted to celebrate the 400th anniversary of the appearance of the Virgin at the Bay of Nipe, and the theme worked for me. I originally intended a more ambitious project that could fill in the gaps as a broader survey about the long tradition of depicting the Virgin in Cuban art. I wanted to be more inclusive and had in mind other artists living in Cuba who had produced very sharp works on this theme. But the college was exclusively interested in Cuban-born artists working outside the island.

Last year Dennys Castellano and Sergio Fontanella put together a similar project in Havana, at the San Francisco de Asís Convent. In the near future, it would be great if we could join forces and work together on a combined exhibition under the mantle of the Virgin.

Through the exhibition, the rendering of the Virgin seems to challenge stereotypes that are still current among Cubans. Was it your intention to present a new reading of the Virgin and her depiction?

I’ve been interested in the use of the religious icons in contemporary Cuban art since the early 1990s, as seen in the 1995 Havana exhibition Iluminaciones, which I co-curated with Liana Rios. It was an examination of the use and appropriation of religious symbolism—mostly Catholic—that was emerging in the Cuban visual arts. At that time in Havana, the artistic atmosphere was very rarified and artists turned toward complex allegoric discourses, some involving Catholic traditions.

As in the Colonial era, these artists were adding new veiled meanings to these images, like an act of cimarronaje—a continuation of the complex and successive transculturation processes. They were concealing their own societal views behind the icons. This was a very interesting development for me, which was somehow present in the conception of The infinite lightness of being. I did not want to have mere formal references to the Virgin—nothing against traditional representations, but I wanted to use the icon and all possible meanings associated to her, to encompass as many different perspectives as possible on Cuban identity. I wanted to touch that very personal connection that is our own intimate relation with our faith, resulting in very different perspectives.

Among the works in the exhibition, we have art dealing explicitly with syncretism issues, like Mala letra en la consulta by José Bedia. Other works center on the migration process, like Altar del Mar by Ángel Vapor or La Virgen de la Caridad by Eduardo Michaelsen, who arrived during the Mariel boatlift exodus. In the video installation La luz permanente by Glexis Novoa, we are immersed in a typical Cuban home. The oppression of the closed space is accentuated by the intermittent light stripes that appear as the only way out and symbolize hope and change.

Protégenos del mercado del arte by Rubén Torres Llorca is a very acute piece about the hazards and temptations of consumerist society dictating and preconditioning our dreams and expectations, and, ultimately, turning us away from our own faith and genuine aspirations. Carlos Caballero’s piece deals with split and displaced identity, facing issues like the double standard in morals.

Rodolfo Peraza is interested in the deconstruction of surveillance mechanisms and ideological control while questioning loneliness and isolation through social media. He addresses issues of faith and ideology in Yo no juego domino, where the domino chip numbers are replaced by Cuban ideological icons, and the players must assign numerical values to them to be able to play. The game becomes a portrait of contemporary Cuban social identity.

In your curatorial statement, you mention that La Virgen de la Caridad embodies Cuban identity. How do you see this identity evolving among the Cuban exile community in Miami? Do you see a change in the way Cubans relate to the Virgin in this country?

Cuban identity has evolved among the exile community in Miami as well as on the island, and around the globe. The Cuban diaspora is actually one of the most defining traits of contemporary Cuban identity, nuanced by the double condition of exile and isolation on either side of the containment barrier. Once you migrate, over time your identity changes, redefines, and expands, starting to acquire a sort of polyhedral value.

The Cuban exile community in Miami has been fueled by successive waves of migration. The class and ethnic composition of each of those waves has been different. The first wave right after 1959 was mostly white upper and middle class, and for them “Cuba is (was) not a point of departure but a constant frame of reference,” as Pérez Firmat tells us. [Gustavo Pérez Firmat, Life on the Hyphen: The Cuban-American Way, Cambridge University Press, 1989, p. 158.] During the “Freedom Flights,” there were more women and elderly people because males of military age were denied permission to leave the island. Chinese and Jewish groups started to arrive in the mid-1960s, while significant numbers of black and mulattos came during the Mariel boatlift in 1980.

These successive waves of migration imply a tension and a reciprocal beneficial relationship between generations and social groups that reshaped the identity among Cubans in Miami. Even though several crucial differences persist among these groups, a unifying cultural background becomes the common vital ground of Cuban identity. La Virgen de la Caridad, quintessential figure of the successive processes of transculturation, is one undeniable icon that stands as major symbol of conciliation surpassing ideological, social, and racial differences. The successive waves of immigrants have embraced the Virgin as ultimate protection in the extremis transition and later, as the suitable repository of the Cuban identity that survivesbeyond the sea.

Recently, I visited the show with a good friend and artist who arrived to Miami in the 1960s. We were talking about the different generations of exile that have shaped today’s Cuban community. We were discussing how the mentality has changed and how passionate—and intransigent—Cubans can be when talking about identity and recent history. Then, before leaving the show, he said to me in a very conclusive sentence, loaded with choteo: “I am a Cuban, but not a practitioner.”

Cachita: The infinite lightness of being was presented February 26 – March 26, 2013 at the Olga M. and Carlos Saladrigas Gallery of the Ignatian Center for the Arts. Belen Jesuit Preparatory School of Miami.

See a photo album of the exhibition on the Cuban Art News Facebook page. Below, Glexis Novoa’s video La luz permanente (2009), included in the show.