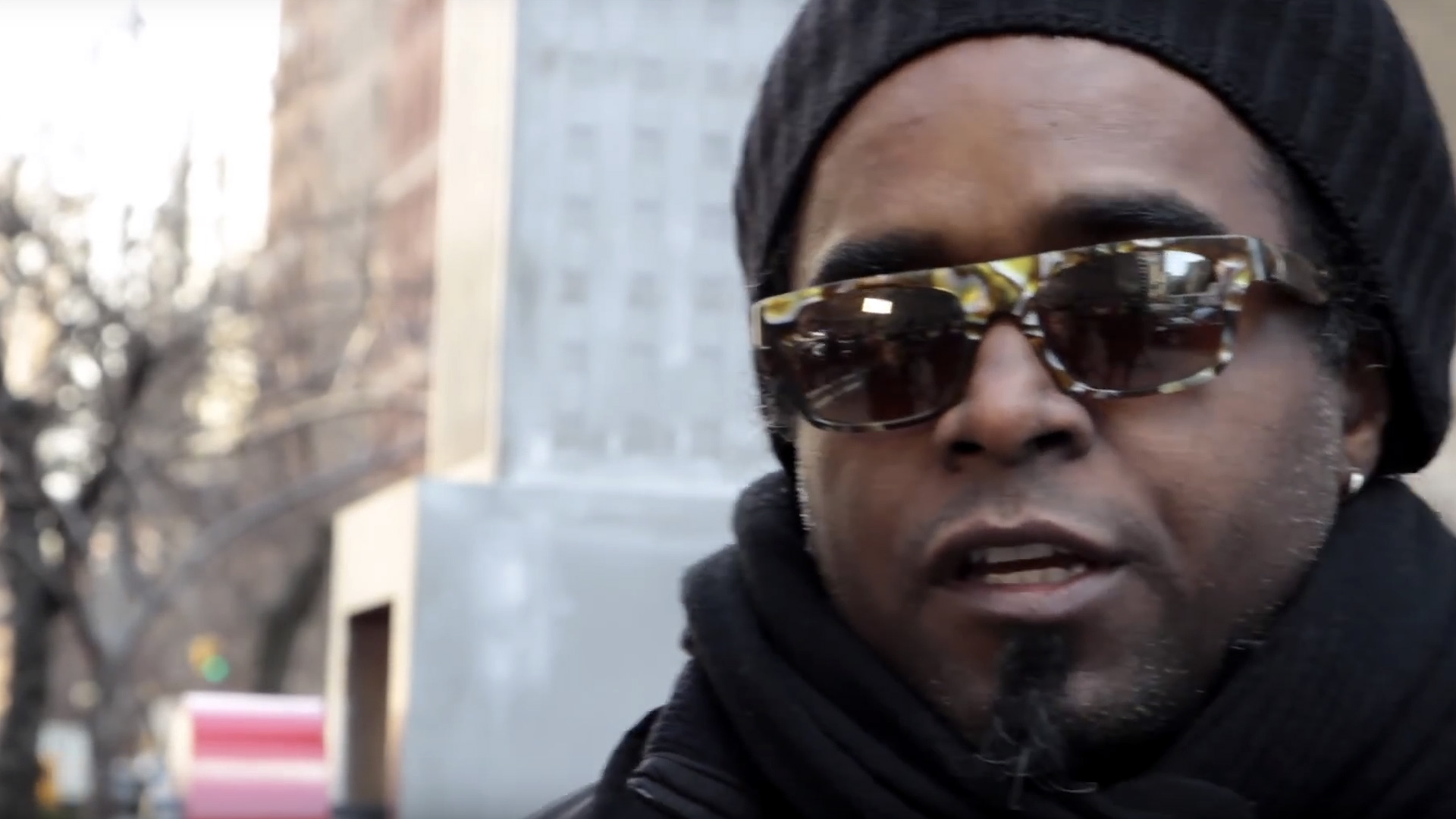 With installation set to begin tonight, we caught up with Alexandre Arrechea yesterday as he walked up Park Avenue to check the site preparation for the ten sculptures in No Limit, the public art project scheduled to open this Friday, March 1.

We’re starting out at the southernmost point on the exhibition route, at Park Avenue and 54th Street. Could you give us a quick overview of the first few sculptures?

[We begin to walk uptown toward 67th Street.]

So I have the Citi Group on 54th. On 55th, the Seagram Building. Then comes the Flatiron Building on 57th. It’s near the auction house Phillips de Pury, and also several buildings flying American flags. The whole avenue around 57th is full of flags. I’m placing the Flatiron here because the way I did the sculpture it resembles a flag, and I wanted to relate it to that idea.

When we talked in September, you mentioned that the pieces were being produced in Spain and Brooklyn. How did that go? How many people have been working on this project?

Oof, a bunch of people! In Spain there is a crew of five or six working on the small sculptures. They are already finished—the last one is about to be shipped, either today or tomorrow, so it’ll be here for next week.

The small sculptures will be shown at Phillips de Pury, in the gallery there. We’re doing that in April. The opening for the public sculptures is next week. Then in April, we’ll have a show of the small sculptures and all the work that I’ve been doing in connection with the project—drawings, sketches, and all that—so that people can see the whole process of making this project. Next week there’ll be some street-light banners introducing the show.

You’ve been working with architectural themes for a long time, and skyscrapers in particular for a few years. How does this project fit into your overall artistic development?

It’s a combination of the work that I’ve been doing in the last three years. It began back in 2011 with the idea of a city that stops dancing, combined with a project that I did called The Room of All [presented at the 2009 Havana Biennial], which is a house that contracts and expands depending on how the Dow Jones is doing that day. So it’s a combination of those two moments in my career, but of course, I wanted to introduce new elements—like the snake that bites its own tail, because I think it applies perfectly to New York.

Here we have the Sherry Netherland hotel, the sculpture. We can connect it with the actual hotel over there [points west toward Fifth Avenue]. If you stood on that corner there, you could see both the hotel and the sculpture. Most of the buildings I chose are on Park Avenue, but some are in the surrounding area. And the Empire State and Chrysler Buildings, which are not part of this area, are basic landmarks here in the city.

Another theme I used was the idea of the traffic barrier, which is going to be the court house [at 60th Street]. It’s the only building that’s not bent or twisted—it’s straight, like a pivoting bar or barrier that can be brought down to block traffic and raised to let it flow. It’s more than 20 feet tall. It won’t be functional, of course, because it would actually block traffic, but it’ll be a little tilted so people can see that it can move, and could conceivably stop everything. That reflects how, in some way, the law should be… straight, strict. I wanted to talk in those terms.

Is No Limit the biggest project you’ve done to date?

Oh, definitely. This is the biggest, the largest, the… [laughs]. This is the Everything. In the best-case scenario, I would like it to travel. That’s what I envisioned after everything was designed. Because I think in some ways, this applies to any city.

Do you mean that these particular sculptures would travel? Or are you interested in taking the concept to other cities and making sculptures based on landmarks there?

It’s something I’ve been thinking about in the last two months—the possibility of creating a piece that applies to many major cities. That would be ideal. But what I have in hand at the moment are these sculptures, and that’s what I’m working with.

So you’re thinking in terms of creating skyscrapers from different cities around the world?

Definitely. And not only skyscrapers. This project is just the tip of the entire idea. I want to continue working with architecture, and it doesn’t necessarily need to be a skyscraper. I’ve been invited to develop a project for a wine bodega in Spain, using their space as the inspiration for a sculpture. The building was designed by Gustave Eiffel, the architect of the Eiffel Tower. It’s going to be really fun to do something with that, and it’s not going to be a skyscraper.

Here will be one of the most beautiful pieces, the Metropolitan Life Insurance Building—the one on Madison Square. It’s going to be a coil—one of the few done completely in stainless steel, because I wanted that look of metal.

You’re already starting to get good media coverage for the project—not only in the art press, but in newspapers like the New York Times and the Wall Street Journal. What is that like?

Well, this is big. I’m used to things that I can control, and at this point, I can’t control this. But the increased level of exposure is having an effect on me as an artist. It makes me feel that the commitment I bring to my art now has to be more… special, you know? Ever since I was a kid, I’ve always loved art. When I entered art school, I was taught to expand the borders of art, and I’ve tried to do that. Now, with this level of exposure, I have to bring better answers, better responses, to that challenge. It’s a very exciting moment, because it’s something that I really love to do, and I want to bring as much as I can to it.

Will there be an opening for the exhibition?

There will be a walk. On Saturday March 2, from 4 p.m. to around 5:30, I’m going to be doing a walk that starts at 54th Street and goes to 67th. I’m going to be telling stories about the pieces, how everything was invented and chosen. It’s a tour, a walk through this parallel city that I’m creating here.

The Empire State goes here, on 64th. I chose this spot because there’s a building here that I really love, the Americas Society [at 680 Park Avenue], and I wanted to relate the Empire State Building to it. It’s one of my favorite pieces, because it concentrates the idea of fear and power. The Empire State Building is a very iconic landmark in this city, to which I’ve applied the shape of the Pentagon, the military center. This is a city that’s gone through some harsh moments in recent history, and I wanted to reflect that. Every piece in the project brings out something about the city, but also something about human nature.

Here will be the Helmsley Building. Then we continue with the Chrysler Building on 66th, and then the Met Life Building on 67th.

Your walking tour takes place on Saturday, March 2, but the show officially opens March 1. When do you install the sculptures?

Installation begins on Tuesday the 27th and will take three days. We have two crews working around the clock in 12-hour shifts. There’s also a documentary, which the photographer Juan Carlos Alom is making with Armando Suárez Cobián. Alom is a great photographer, and the film is looking really good.