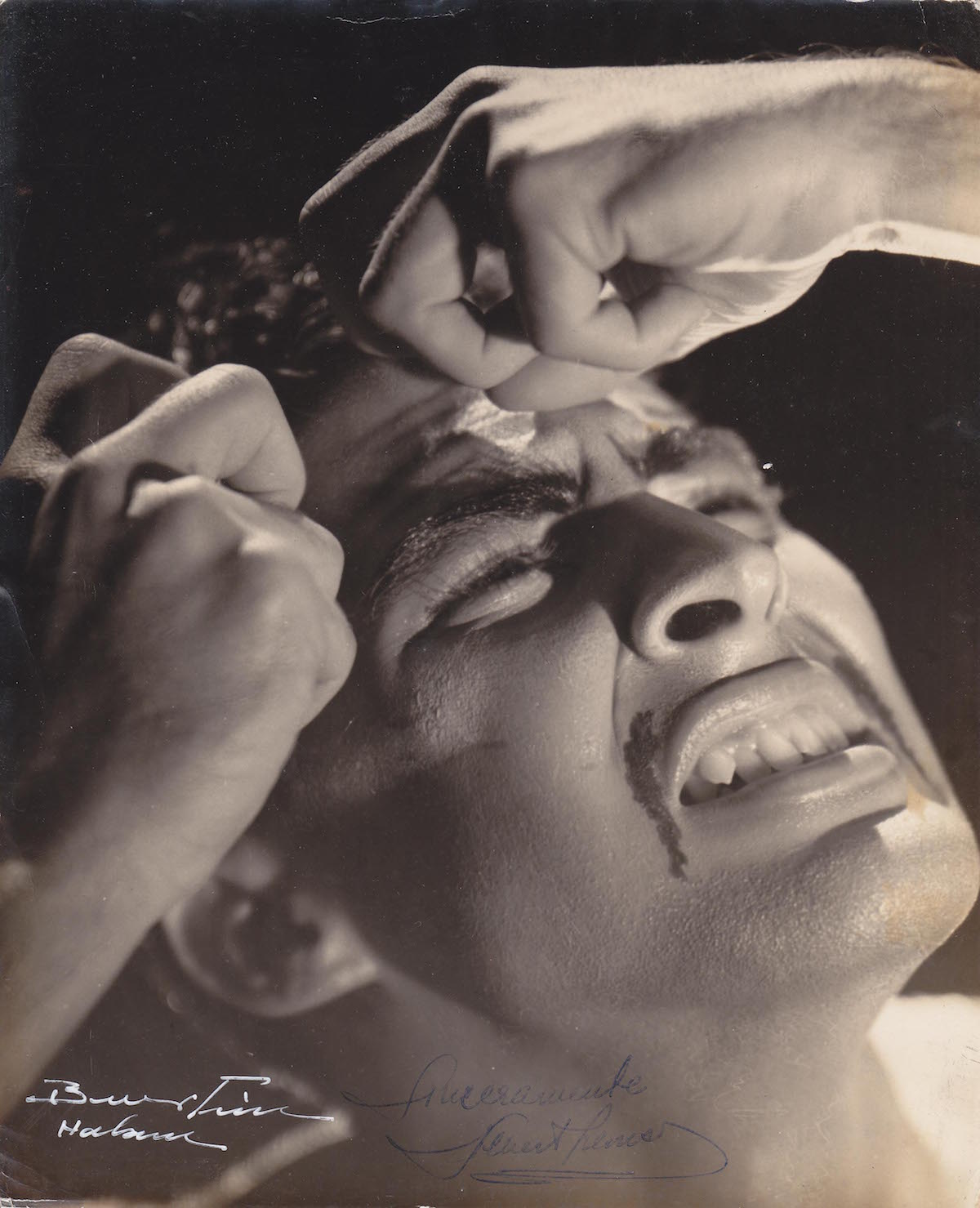 Julio López Berestein (Havana, 1917-1968) is an enigma to Cuban art historians. His death in prison in 1968, the loss and dispersal of much of his personal collection, and the few scattered references to his career have made him an esoteric character in the best theatrical tradition. The truth is that, when the critic José Gómez Sicre invited him to illustrate his book Pintores Cubanos de hoy (Cuban Painters of Today) in 1944, Berestein had already created his own visual language, built on the modernist aura that had inspired such fruitful experiences for Cuban culture in those years. A group of friends—including Victor Manuel, Carlos Enríquez, Cundo Bermúdez, Mario Carreño, and Amelia Peláez—headed the pictorial renewal. Based on the appropriation of symbols, traditions, and indigenous values, their work brought new nuances to the understanding of national identity.

A year earlier, in 1943, Berestein had presented his works with extraordinary success in an exhibition at the Lyceum and Lawn Tennis Club, one of the most influential Cuban cultural institutions of the past century. Perhaps the greatest exhibition of international cultural personalities of that era, Berestein’s show was hailed by the public and critics, who noted the artist´s sharp eye behind the lens. Often quoted in contemporary bibliographic references, Gómez Sicre´s observations in the catalogue render the most accurate judgment of Berestein at the time:

“Following his own subjective creativity has transformed Berestein´s exhibition into an art exhibit rather than a documentary display. These portraits, in which almost all our painters serve as models, show Berestein´s independence regarding the other arts. His portraits are primarily photographic in the fullest sense. Berestein demonstrated to painters that he desired nothing less than an aesthetic photographic result. The camera lens finds what the artist´s eye does not see, looking for faces like planets, to enlarge them and make them fantastic.

The close link between the artist and cultural institutions like the Pro Arte Musical Society enabled Berestein to track the emergence of figures in the arts who would later achieve public acclaim. Berestein could be considered the “great discoverer” of Alicia, Fernando, and Alberto Alonso, the founders of the Cuban ballet. Many of his images revealed the prominence of these dancers when they were still students. His connection with Alicia left many captivating images. The unusual and almost unknown Photographic Study after Edgar Degas (1943) recalls various poses of famous dancers painted by the French master, recreated in a chiaroscuro atmosphere. With great wit and expertise, the photographer transcends the dancerly gesture while subtly hinting at the Impressionist works that inspired him.

During the years in which Surrealism and metaphysical landscapes enriched the visual arts in the Americas, Berestein traveled to many countries and worked as a Cultural Attaché of the Cuban embassies in Mexico and Argentina. In 1946, he exhibited his photographs at the Museum of Fine Arts in Mexico, during the run of the well-received exhibition Contemporary Cuban Painting.

In 1952 the Pan American Union in Washington hosted Personalities in the Americas, which presented portraits Berestein made with Augusto Tagle, featuring such artists as the Mexicans David Siqueiros and Diego Rivera, the Argentine Benito Quinquela Martin, and Cubans Fidelio Ponce de León and Mario Carreño, among others.

From his two photographic studios in Havana and New York, Berestein collaborated with important Cuban publications such as Diario de La Marina and Carteles magazine. His photos in these publications attest to an intense engagement with reportorial photography, which was eclipsed by his great success as a commercial portraitist.

In 1955, Berestein joined the staff of the newly founded National Institute of Culture, then located in the Palacio de Bellas Artes. As head of the Photography Department, his relationship with the press gained momentum with his weekly column, “What you can see at the National Museum,” which briefed readers of Diario de La Marina each week on news and happenings in the new cultural center.

In the 1960s, Berestein remained at the helm of this department. He focused on the restoration, preservation, and exhibition of valuable museum pieces and at the same time developed a full calendar of events and activities. The lengthy project of inventorying the copious museum collection marked a turning point in his visual approach: he set aside the brilliance, emotion, and sophistication of many of his compositions to focus on the reliable documentation of artworks. Many questions emerge from this shift in professional role and creative sensibility: Given that he was one of the most well-known Cuban photographers abroad, why did he stay on the island after 1959? Did he feel committed to the political changes that marked this era? Did family issues prevent him from leaving? Was the museum his only alternative?

I have no doubt that the transformation of Cuban society in the wake of the Revolution affected his decision. The historical context favored certain kinds of photographic works: combat photojournalism, or at least a photography that affirmed the new visual grammar of the Revolution. But I do not think the “commitment” of his lens should be understood as unconditional support for a political cause. Berestein’s work clearly showed his interest in achieving a higher aesthetic result—one that developed from the intellectual concepts with which he was identified, which he contributed to, and which produced the modernist language that marked his contemporaries as well as Berestein himself.

In 1968 he was imprisoned—the victim of an unjust accusation—and died shortly thereafter. His conviction was biased by his status as an artist and a homosexual closely related to an important group of intellectuals who would also be questioned, persecuted, and ostracized in the following decade, notably José Lezama Lima and Virgilio Piñera.

A photographic collection waiting to be discovered and appreciated forms an inescapable dramatic platform: There are thick areas of fog that have not yet been lifted. Despite the fragmented journey and its difficulties, his prolific work continues to appeal and seduce, showing enormous resilience. When evoking Julio Berestein, I always think of the spontaneous and tenacious spirit of those jazz musicians I love so much. Art, like life, is full of causes, and hazards that can be faced and successfully overcome.