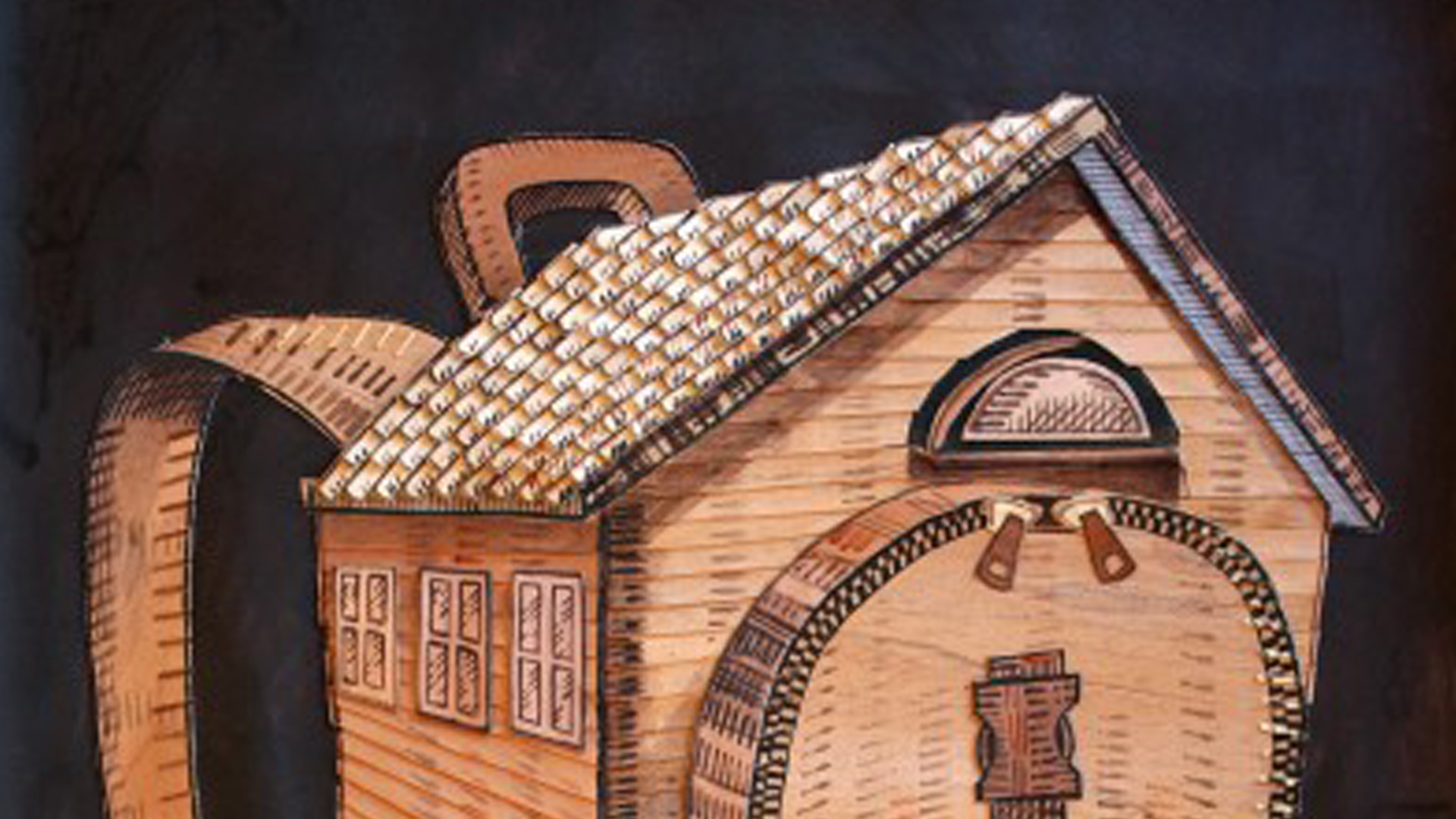 In Part 2, individual artists and the international art market are lively topics of discussion, followed by a look ahead to exhibitions, projects, and events in the months ahead.

In your estimation, which Cuban artists are generating the most interest in the international art market? Why?

Among those contemporary artists I know as a Museo Nacional curator, I think that Los Carpinteros, Carlos Garaicoa, Kcho, José Toirac, Sandra Ramos, and Abel Barroso have demonstrated strong and well-deserved positioning in the international market. In my experience, though, art-market success can sometimes be at odds with artistic achievement, and I don’t put too much trust in what an auction price might signify. We have to bear it in mind, but as a curator it’s not a decisive factor for me.

The artists who show the greatest promise for acceptability in the international market are those who develop their work on the foundation of study and research, who are more conceptual in their approach, and who tell a story of greater universal appeal. Again, among these are Tania Bruguera, Yoan Capote, Ricardo Brey, José Toirac, and Alexandre Arrechea. It is my opinion that for Cuban artists to be more recognized internationally, they must become less “Cuban.”

In addition, major prices for Vanguardia and modern artists like Wifredo Lam, Mario Carreño, René Portocarrero, and Tomás Sánchez have been very important in the development of Cuban art as an investment genre.

I think there are parallel worlds of art, and it is clear that many Cuban artists have a strong presence in those worlds and are having success in their careers. My overall impression is that women are leading in a way never seen before. Think of Carmen Herrera, whose newly discovered freshness in pioneering abstraction has amazed both European and American audiences. We are yet to see the rediscovery of Antonia Eiriz, a giant of the 1960s. Ana Mendieta has secured a central place in the international canon, similar to what Magdalena Campos-Pons is doing within the African-American canon from Boston. Also, Tania Bruguera is having great acceptance in the U.S. institutional world now that she is realizing more projects here. She had been more focused in Europe, but the retrospective in the Neuberger Museum, in upstate New York, opened new opportunities for her, especially in New York. Teresita Fernández is now advising Obama, and she definitely already has a strong career. To what point this new experience will change her is something that will be interesting to see.

Then there are other younger artists like Jeannette Chávez and Glenda León, whose careers are developing mostly in Europe, but will surely enter the U.S. art world at some point. Another artist who has gained in visibility is Alexandre Arrechea, especially in the art market. He has been able to go beyond Los Carpinteros’ past, and is moving fast to position himself as an artist of great merit on his own. Carlos Garaicoa is definitely strong, and his work has showed so many interesting angles that I think he will have much more to say in the coming years. And time will reward José A. Vincench and Sandra Ceballos.

In Miami, Ernesto Oroza is now collaborating with Gean Moreno, and the result is very engaging. But Miami’s growing visibility has not translated into more visibility for great local artists. I hope it will. There, George Sánchez-Calderón is someone of interest. Of course there are many of the now old guard, like José Bedia, who is a powerhouse in Miami. Others have been able to reinvent themselves, like Consuelo Castañeda and Glexis Novoa. And some artists in other places have gained recognition, like Luis Cruz Azaceta in New Orleans and Alejandro Aguilera in Atlanta. Some younger artists have real potential for transcending their local milieu. I am thinking of Iván Abreu in Mexico and Adrian Melis now in Spain. Melis was in Cuba until recently, and many of these artists I mentioned have a presence in Cuba as well.

Since I’ve returned to Cuba only for a short visit in 2009, I am not aware of who has great potential on the island. I remember the work of Pável Acosta, Harold Vázquez, and Carlos Caballero, and a striking work by Linet Sánchez, but I believe she has done little since. It must be extremely difficult to produce art right now, especially for a woman. Cuban art is still a male-dominated business, just like everywhere else. I always say that the work of a woman that makes it into the canon is much more history-proof than that of men.

What exhibitions and events are you most looking forward to in 2013?

In terms of biennials, there are some interesting things coming up this year—for example, the Sharjah Biennial in March, in the United Arab Emirates, and the one in Curitiba, Brazil, in August. There’s also one in Cerveira, in northern Portugal. It’s the oldest biennial in Portugal, even older than Pontevedra and other Spanish biennials. The goal is to promote Portuguese and Spanish art, but many international artists from Europe, East Asia, and Africa attend.

These are the events I’m most interested in for 2013. Out of professional interest, I’d also like to know about biennials in Asia, particularly in China, South Korea, and Japan.

I look forward to an important show at the Museo Nacional in Havana to celebrate their first century. Also a major exhibition of works by Lam, some coming for the first time to the U.S. from the Museo Nacional, is being curated at Boston College by Elizabeth Goizueta. Finally, I look forward to the presentation of Alexandre Arrechea’s works along Park Avenue in March.

And what’s coming up on your own schedule that you’re excited about?

2013 will be an important year for the institution I have worked for all my life, as the Museo Nacional celebrates its 100th anniversary in April. A number of interesting exhibitions are being organized for the occasion, throughout the year. For my part, I’m curating a show I’ve called Almacenes afuera (Out of Storage), which will present a tiny part of the 85% of works that almost all large museums keep in storage, and that are rarely displayed due to lack of gallery space. It will open July 12.

Christie’s next sale of Latin American Art will be held on May 29 and 30, and will certainly include works by many of the artists we’ve been talking about.

2013 started at Pan American Art Projects with the conclusion of the Abel Barroso one-man show. During the Armory Show in New York in early March, we will present a collective overview of works by Cuban artists who participated in the Havana Biennial. Also in early March, in the gallery we will inaugurate an exhibition by Gustavo Acosta, who has always been and continues to be, a painters’ painter, and an inspiration to a new emerging generation of artists.

In May we will present a new series of paintings by Luis Cruz Azaceta, and a new series of works by Luis Enrique Camejo based on images of the city of Miami. In September we will have a show by José Toirac and Meira Marrero, their first solo show in the United States. For October, we are studying an ambitious presentation of contemporary Cuban art in a venue outside the gallery: more news to follow. In November/December, we will have a major one-man show for artist Ricardo Brey, who has lived in Belgium for several years. This will be his first exhibition in the United States, and will coincide with a retrospective at the Museo Nacional in Cuba.

A busy year for Cuban art at Pan American!

In December, we opened an exhibition on Wifredo Lam to mark his 110th birthday. It will run through February 23 in our galleries. It includes 72 works, four of which were generously lent by Kcho from his collection. The others are from the holdings of the Museo Nacional de Bellas Artes.

On March 5, we will open a major exhibition on design, which will occupy the entire Center.

In terms of publications, the Lam Center is preparing a book about the theoretical aspects of last year’s Havana Biennial, with an eye toward publication later this year. We have just finished preparation of the book Palabras criticas (Critical Words) by Israel Castellanos, who was awarded the Lam Center’s first research scholarship in 2009.

I am currently pursuing my Ph.D, and am writing about the Cuban canon, questioning some issues that need to be addressed. For my dissertation I will be focusing on Soviet traces in Cuban art, but that is something still in the making.

Next: A Quick One-to-One with Marysol Nieves of Christie’s.