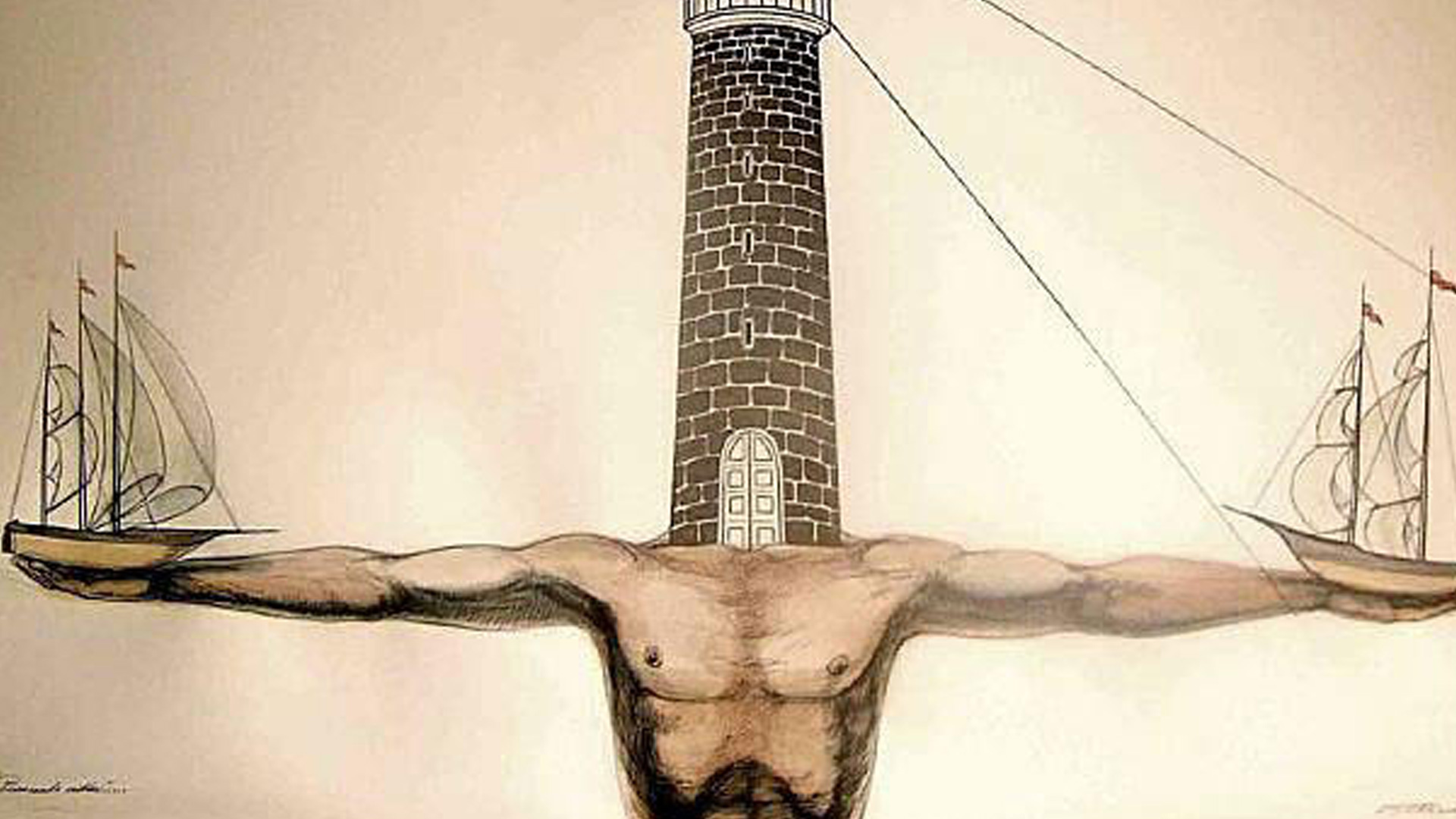 Waiting for the Idols to Fall in New York. How to represent lo cubano in art without resorting to variations on the usual icons—a map of the island, palm trees, the Cuban flag, José Martí, and similar symbols? Or, as Cuban society undergoes its broadest systemic changes since the Revolution, is there a need for such emblems at all? Those are the challenging questions tackled in this group show curated by Rachel Weingeist and Orlando Hernández. The exhibition opens tomorrow at The 8th Floor gallery in Manhattan’s Flatiron district, where it runs through March 22.

Sex in the City in Havana. At Galería La Acacia, 25 artists under the guidance of curator Piter Ortega will present works especially created for this show, which opens next Friday, January 18 at 8 p.m. The lineup features such internationally recognized artists as Roberto Fabelo, Rocío García, Duvier del Dago, Humberto Díaz, René Peña, Jorge López Pardo, and Adonis Flores, as well as younger artists whose work is emerging in art-world circuits: Lancelot Alonso, Stainless, Yenisley Yanes, Tai Ma Campos, Álvaro José Brunet, William Acosta, and Julio Ferrer, among others. The idea behind this generational intermingling is to stimulate a dialogue around the homosexual discourse in art, in all its facets: gay, lesbian, bisexual, transgender.

Mario García Portela in Havana. Tierra Oscura, a solo show by painter Mario García Portela (b. Pinar del Río, 1942), opened December 21, the artist’s 70th birthday. Portela chose the gallery El Reino de Este Mundo in Havana’s José Martí National Library as the spot to unveil his new series, which incorporates large-scale pieces that he had been working for the past three years. The series is based on the fragmentation of the image as a renewal of form and conceptual play. Portela is a landscape artist who combines academic tradition and contemporary themes. Here he takes a fresh approach to the genre, prompted by an eye for detail and the limits of beauty encountered in the apparently insignificant.

The nine works in Tierra Oscura—five diptychs, three triptychs, and one polyptych—frame fragments of reality in which the presence of humanity is suggested by its effect on nature (downed trees, for instance, or roads in the middle of the woods). The artist is interested in conveying his reflections on environmental matters; at the same time, his presentation strategy—with the individual pieces of multi-part works always hung several centimeters apart—leaves them structurally separated but nonetheless united by sight. This encourages a discussion of unity and fragmentation, the whole and the part, and the philosophical and humanistic tradition.

Tierra Oscura runs through January 30 in Havana, after which it will travel to other provinces of the island.

Shouts from the Wall Opening at the Museo Nacional. The island’s longstanding tradition of outstanding graphic design gets a contemporary update next month at the Museo Nacional de Bellas Artes, where Gritos en la pared: Hitos del cartel cubano contemporáneo (Shouts from the Wall: Milestones of Contemporary Cuban Poster Art) opens February 1. Organized by a team of museum curators led by Liana Río, the exhibition runs through April 29.

And More Cuban Graphic Art in Europe. While the MNBA showcases contemporary posters on the island, Slanted—a German magazine focusing on typography and graphic design—is also spotlighting the emerging generation of Cuban graphic artists in its Spring 2013 issue. Exhibitions of recent Cuban poster art in Leipzig, Berlin, and Paris are planned to accompany the issue. In all, it’s an ambitious project to “give an international voice to a new generation of young Cuban artists,” as Slanted managing editor Julia Kahl explains. The issue, no. 21, is due out in March; advance orders will help ensure publication and are now being accepted on the Slanted website.

From New York, too. In conjunction with the Club de Amigos de Cartel in Havana, the Center for Cuban Studies Cuban Art Space has just published a set of 32 postcard reproductions of classic Cuban poster art. And if you haven’t yet ordered a CCS 2013 desk calendar—also focusing on Cuban posters and graphic design—they’re offering a special combo package of the postcards plus the calendar. For details and to order, check the CCS website.

Agustín Fernández in Miami. Opening this Saturday, January 12, at the Patricia & Phillip Frost Art Museum at FIU, Form’s Transgressions: The Drawings of Agustín Fernández takes a close look at the graphite-on-paper works of the Cuban American Surrealist. Curated by art critic and poet Ricardo Pau-Llosa, Form’s Transgressions is the first exhibition to focus exclusively on Fernández’s drawings, with a particular emphasis on works from the late 1960s to the 1990s. The exhibition runs through February 17; Saturday’s opening wine-and-cheese reception, free and open to the public, runs 5 to 8 p.m.