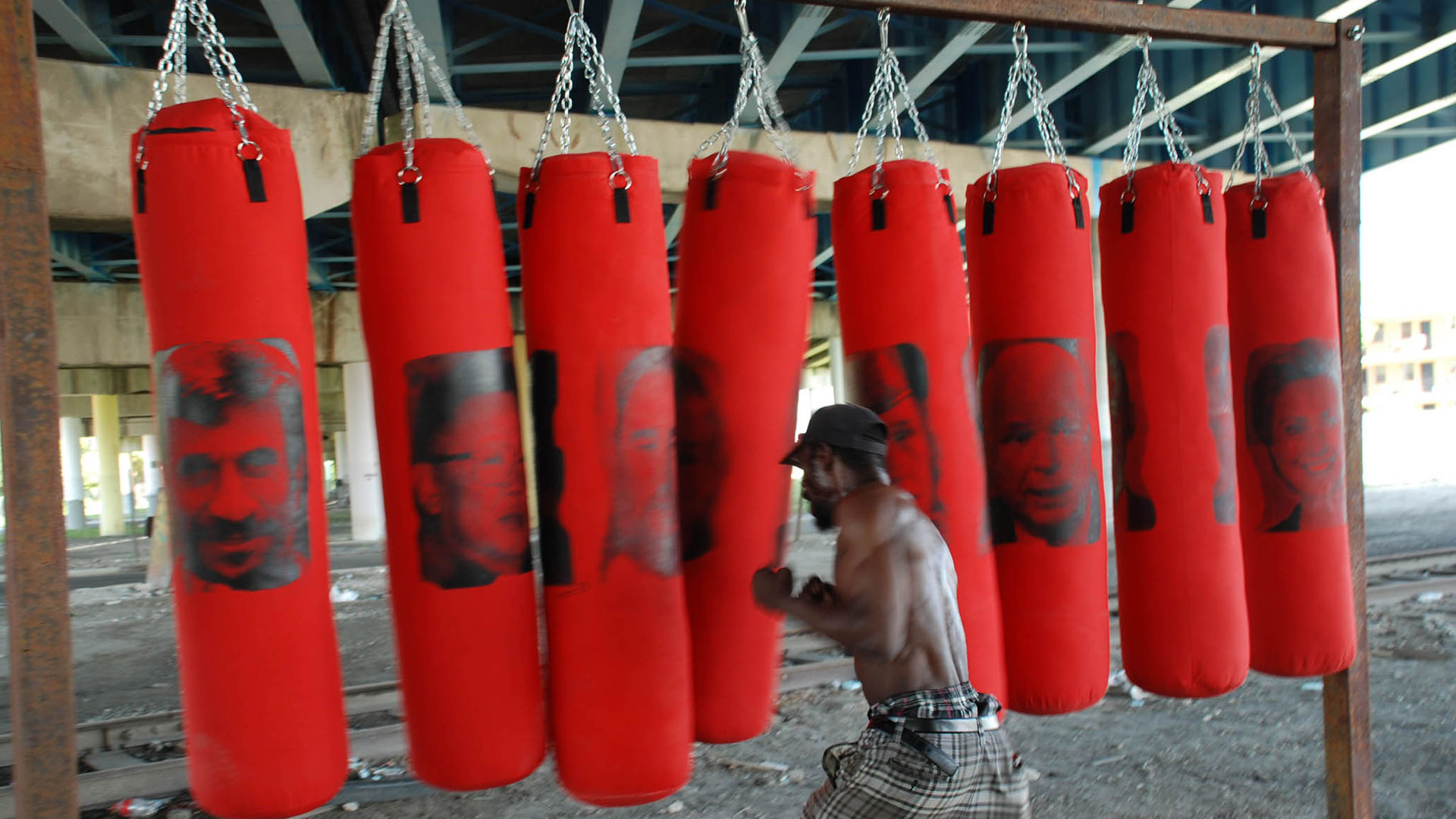 In Habitar, Construir, Pensar (Occupying, Building, Thinking), which recently closed at the Centro Cultural Español in Miami, curator Dennys Matos assembled an ambitious lineup of 21 Cuban video artists, for a show that invited “contemplation of what it means to occupy (a home, a plot of land, a city, a society…) and the relationship between occupying and building and the concept of the work of art in today’s global culture.” The show’s inquiry focused on public and private spaces in the context of Cuba today.

Matos, an independent curator specializing in the post-communist vision of Cuban art, was inspired by a 1951 conference—also called “Occupying, Building, Thinking”—organized by German philosopher Martin Heidegger in the city of Darmstadt. In that historic conference, Heidegger analyzed architecture as a living space, establishing a fundamental distinction between the act of building—understood as the mere erection of buildings—and the notion of constructing, which in the old High German corresponds to the word Buan, meaning “to dwell.”

As a prelude to the actual exhibition, the Miami show first presented a creative re-interpretation of a typical contemporary Cuban living room. Filtered through different sources—mostly vintage lamps whose tattered shades exposed their bulbs—the lighting accentuated the setting’s incongruous furniture and decor. A furry trooper’s hat crowned a neoclassical bust; nearby stood a statue of San Lázaro, one of the most venerated of Cuban Catholic saints who is also identified with Babalú Ayé, the Yoruban Orisha of sickness and disease. On the peeling walls, portraits of Lenin and El Ché commanded attention. (For views of the living-room setting and frames from additional videos, see the photo album on the Cuban Art News Facebook page.)

This metaphoric re-creation of Cuban domestic life, characterized by the superimposition of historical eras and overlapping traditions, generated a sui generis palimpsest that served as a scenario for most of the videos in the show. The videos themselves were presented along the three thematic axes: Occupying, Building, and Thinking. Among the videos, highlights included pieces by Grethel Rasúa, Adrián Melis, Alexandre Arrechea, Carlos Garaicoa, and Lázaro Saavedra.

Rasúa’s Cubierta de Deseo (Covered with Desire, 2006) is a poetic approximation of the continuous interference between public and private space of daily life in Havana. Through the use of close-ups, Rasúa presents several persons engaged in revitalizing their private spaces. The opening sequence shows these individuals painting the walls of their spaces in bright colors, while the final sequence reveals the façades of the apartment buildings where their homes are located. The contrast between the isolated spots of color and the rest of the building, left to its fate, is an effective parable about public and private space in Cuba.

Adrián Melis and Alexandre Arrechea work with one of the most critical issues of current Cuban life: the divergence between real and desired space. Melis’s Elaboración de cuarenta piezas (Elaboration of 40 Rooms, 2006) re-creates the delusional fantasy of workers in a granite factory that has been shut down. Images of immobile shovels, concrete mixers, and faucets, among others, contrast with the voice-over of workers who return the factory to life.

Carlos Garaicoa’s video Yo no quiero ver más a mis vecinos (I Don’t Want to See My Neighbors, 2006) proposes an interesting parallel among historically significant walls throughout the world, such as Hadrian’s Wall, the Great Wall of China, the Berlin Wall, and El Malecón, the seawall surrounding Havana, symbol of the Cuban split identity.

With characteristic sarcasm, Lázaro Saavedra presents El ideólogo del buen corazón (The Good-Hearted Ideologue, 2006), a taxidermy scene in which the main character, after being deprived of his eyes, is stuffed with official press clippings.