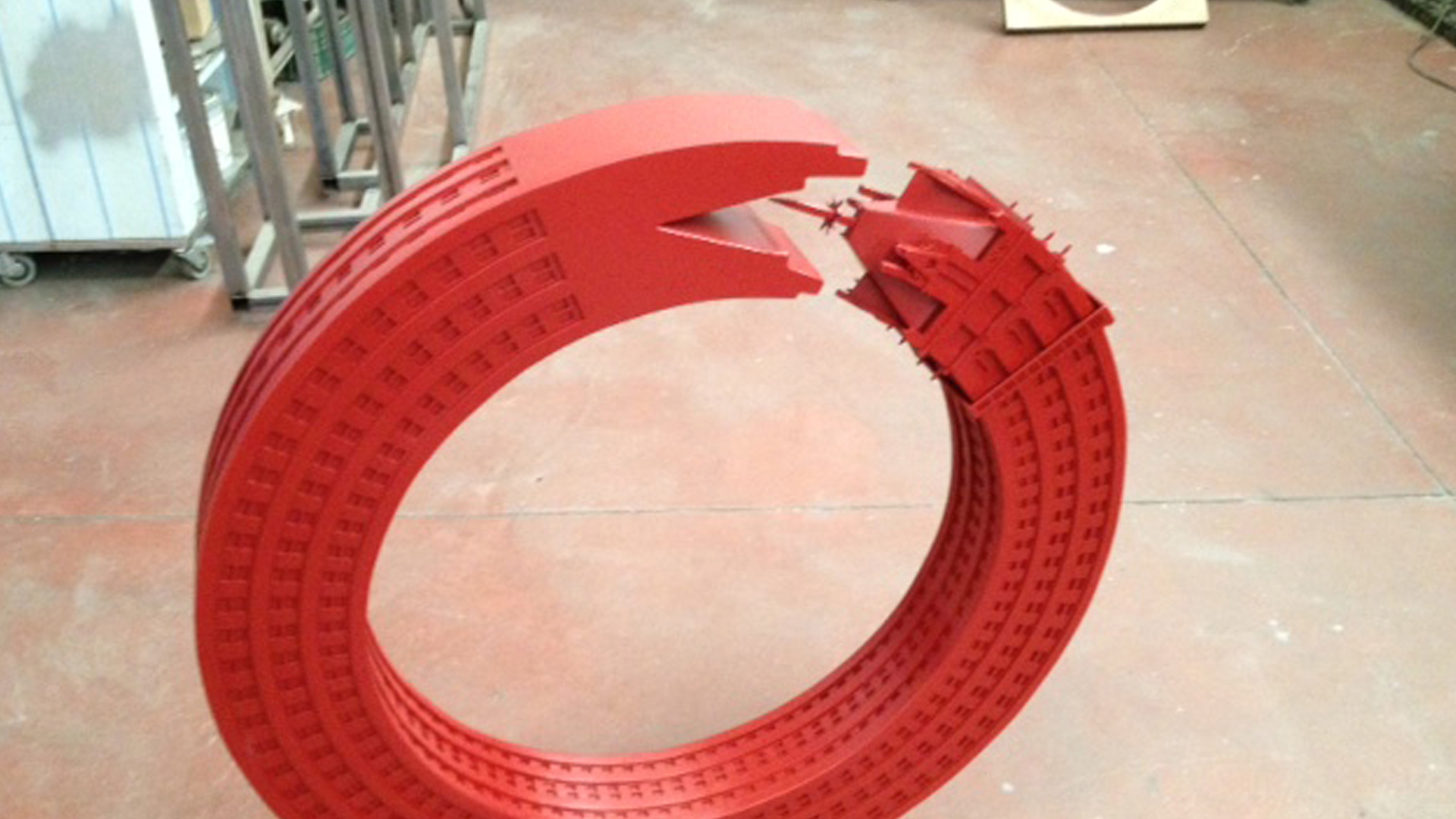 Alexandre Arrechea was pleased to celebrate the debut of Door in the Desert, his recent installation in Skyline Adrift: Cuban Art and Architecture at the Omi International Arts Center. But he was also full of enthusiasm—and a little trepidation—about his upcoming project.

Arrechea was awarded one of New York City’s most prestigious public art commissions: Sculpture on Park Avenue, a series of sculptures installed on the flower-filled traffic islands of one of the Upper East Side’s main thoroughfares.

“There are going to be around ten gigantic pieces like Door in the Desert,” Arrechea said. “But they’re going to be about New York architecture. I’m using famous landmarks of the city, of course including the Empire State, the Chrysler Building. I couldn’t avoid those—they’re essential in the landscape of New York.” But the series will also include less well-known architectural landmarks, like the historic Sherry Netherland hotel with its elaborate Gothic tower.

“Right now we are working on production,” said Arrechea. “There are a lot of people involved in the project, four different workshops here and in Spain—Brooklyn and Madrid, specifically.”

Describing it as “kind of a pharaonic project,” Arrechea emphasized that, rather than simply displaying previously made works, he is creating new pieces specifically for Park Avenue. “It’s a site that’s hard to deal with, because you have to avoid going big just because you want to go big,” he said. “What’s really important to me with this project is that I can have a dialogue with the city in ways that I think no one has done before in that specific site. Mostly that site has served as a platform for people to set works. But for me, part of my work is to deal with the specific site where the work is going to be placed. I feel that if someone is working with architecture like I do, it’s perfect to have it in there.”

Calling it “the most ambitious project I have ever done in my life as an artist,” Arrechea went on to explain: “First, the cost. It’s a lot of money. Then the display of these sculptures will be taking I don’t know how many square meters, but it’s going from 54th to 60-something or 70th Street on Park Avenue. Also, there are so many people involved in the project. It’s a big collaboration. So that’s why I can say that it’s the most ambitious thing that I’ve ever done.”

“But I’m really happy because, first, it’s a good opportunity to show this type of project, but in some way it’s also a conclusion to my experience as a solo artist in these last eight years, after I left the group Los Carpinteros, which I was part of for 12 years. And of course, it’s a dream for anyone to be dealing with the City of New York in such a way.” (Sponsoring organizations for the Park Avenue sculpture program are The Sculpture Committee of the Fund for Park Avenue and the Public Art Program of the City of New York’s Department of Parks & Recreation; Arrechea’s presentation is being done in collaboration with Magnan Metz Gallery.)

Arrechea expects to begin installing the sculptures in late February for a formal opening in early March. “Of course, I have made myself some sort of a trap,” he said wryly. “Because when you create a work that deals specifically with one city, then to show it in other places creates a strange idea. But that’s the risk of doing something like that. I think it’s important not only to create a work, but to create a work that people can actually relate to, or a city can relate to. That’s what I’m pursuing.”

He also hopes to influence the way viewers think about architecture. “I want to address ideas of how architecture is not some building that you see every day, but a reality that is constantly changing in so many ways. For me, it’s important to capture that idea of transformation of architecture and translate that into my work.”