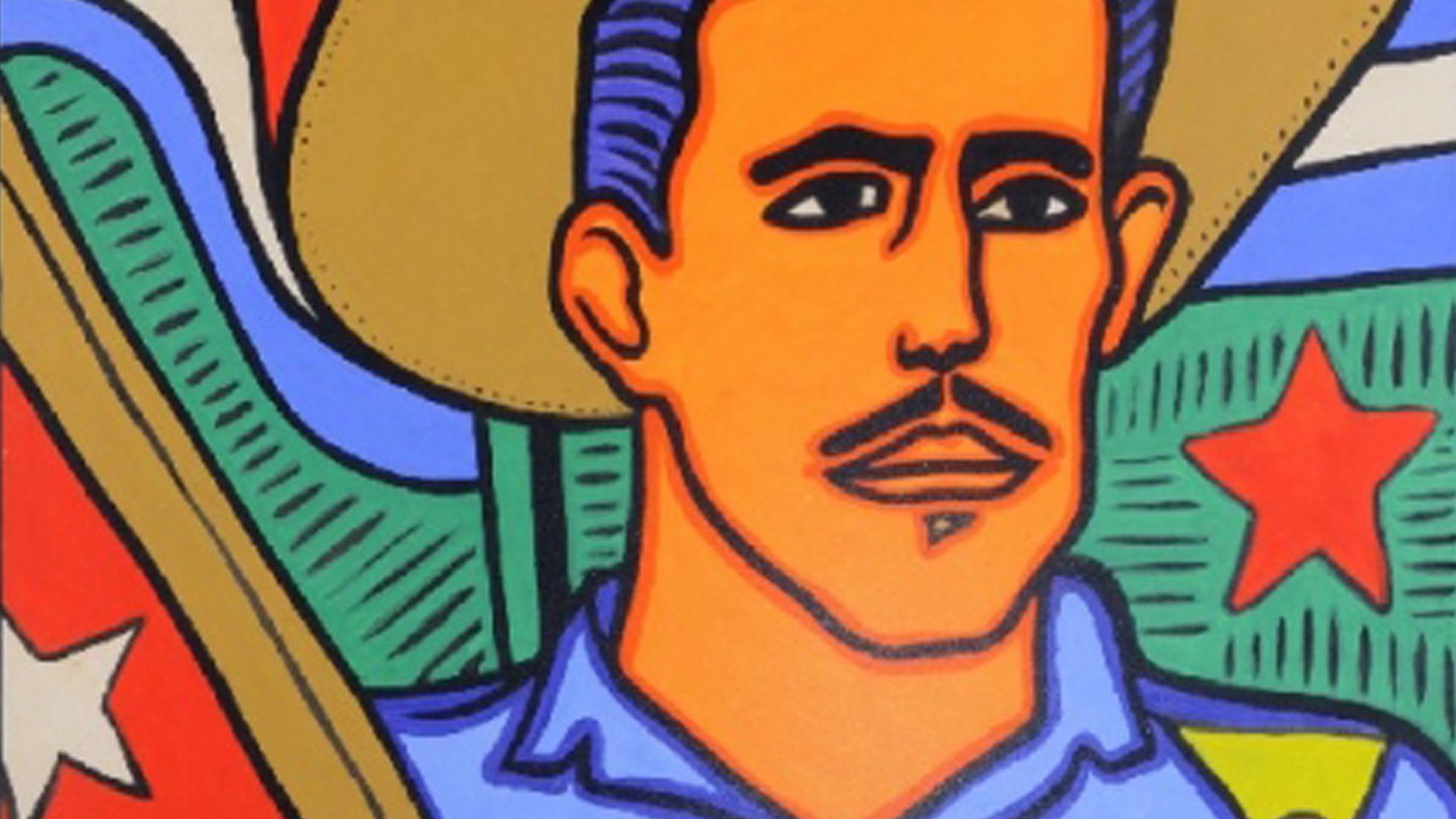 Armando Mariño opens a solo show in New York’s gallery district, Carlos Garaicoa burns a city’s worth of candles in southeastern Brazil, two decades of Cuban video go on view in Miami, and so do 50 artist-painted fans. Zurich hosts a show of three Cuban artists, Berlin hosts two, and a new book on Raúl Martínez is celebrated in New York.

Raúl Martínez book in NYC. If you were in Havana for the Bienal this past spring, you may have attended the first launch event for Raúl Martínez: La gran familia, the new monograph by Corina Matamoros, curator of contemporary Cuban art at the Museo Nacional de Bellas Artes, Havana. Now there’s another opportunity to celebrate Martínez and the book, and to hear Matamoros talk about them both. The Shelley & Donald Rubin Foundation and The Bronx Museum of the Arts are co-hosting the event at The 8th Floor gallery in the Flatiron District, Wednesday, October 3 from 6 to 8 p.m. Admission is free but RSVP is required.

Armando Mariño in Chelsea. This past spring saw Armando Mariño’s first solo show in New York, at the nonprofit cultural space The 8th Floor. Now, he’s following up with his first solo show at a Chelsea gallery. If the spring exhibition was inspired by the protests and revolutions of the previous year, the new show focuses on the tension between spirituality and the chaos of contemporary daily life. Featuring large-scale oil paintings and works on paper, Armando Mariño: The Wasted Land is slated to open October 11 at 532 Gallery Thomas Jaeckel, where it will run through November 5.

And Handpainted Fans, Too. In the early 1940s, a group of hand-held fans, painted by such artists as Wifredo Lam, René Portocarrero, Mario Carreño, Mariano Rodríguez, and Cundo Bermúdez, were exhibited and auctioned off to raise funds for the Church of Santa María del Rosario, a magnificent example of Cuban Baroque architecture that was declared a national monument in 1947. Inspired by that long-ago exhibition, Fans Forever is a modern-day successor. Curated by Gustavo Orta, the show features 50 fans painted by some of the artists in the original show, along with later artists like José Bedia. On view through November 2 at the Museum of Art & Design of Miami Dade College.

Triple Show in Zurich. IB6621 is the number of a regular flight from Madrid to Havana. It’s also the title of a three-person show currently on view at Zurich’s Mai 36 Galerie. IB6621: Raúl Cordero, Flavio Garciandía, Michel Pérez El Pollo spotlights Cuban painters of three different generations, each with a radically different style, from the oversized abstractions of Garciandía to Cordero’s blurred “film stills” overlaid with symbols and ciphers, and the deliberately crude, modeling-clay forms painted by Michel Pérez, “El Pollo.” On view through October 20. There’s a digital walk-through of the exhibition on the gallery website, too.

Double Show in Berlin. Bötzow Berlin is a historic brewery that was converted into a cultural complex in 2010. Now, in collaboration with Galería Habana, the Bötzow Berlin/Atelierhaus, is presenting Obsession: Carlos Quintana and Roberto Fabelo, a show of recent work by the two artists. The invitation-only reception on October 11 will be opened by the Cuban ambassador to Germany; the show runs October 12-November 11.

Garaicoa in Brazil. Situated on close to 5,000 acres in southeast Brazil, Inhotim is a contemporary art and botanical garden complex with several gallery buildings and more than 500 artworks by Brazilian and foreign artists scattered through its acreage. As of September 6, the count includes Carlos Garaicoa’s Ahora Juguemos a desaparecer (II) (Now we play to disappear (II), 2002). Displayed on a large metal table, the installation consists of wax candles in the shape of internationally known architectural landmarks, such as the Statue of Liberty, the Eiffel Tower, the Vatican, Havana’s Revolution Square, along with three closed-circuit cameras and a video projector.

The candles are lit, slowly consuming the buildings; when they burn out, they’re replaced. “Lighting the candles and letting the fire consume the buildings,” Garaicoa has written, creates “a metaphor of the ephemeral condition and fragility of cities that can be destroyed or transformed by the passing of time, as well as the marks left by violence and wars in contemporary world.” Housed in an old stable at Inhotim that was adapted to exhibit the work, the installation is on view for a limited time.

Two ‘Save the Dates.’ The National Symphony Orchestra of Cuba launches a U.S. tour next month, with an itinerary that takes it from Kansas City to West Palm Beach to Worcester, Massachusetts—and to the Lehman Center for the Performing Arts in the Bronx for one performance only on Saturday night, October 27 . . . On the other coast, October 27 is also opening night for Abel Barroso’s solo exhibition There’s No Place Like Home at L.A.’s Couturier Gallery. More on both next month.