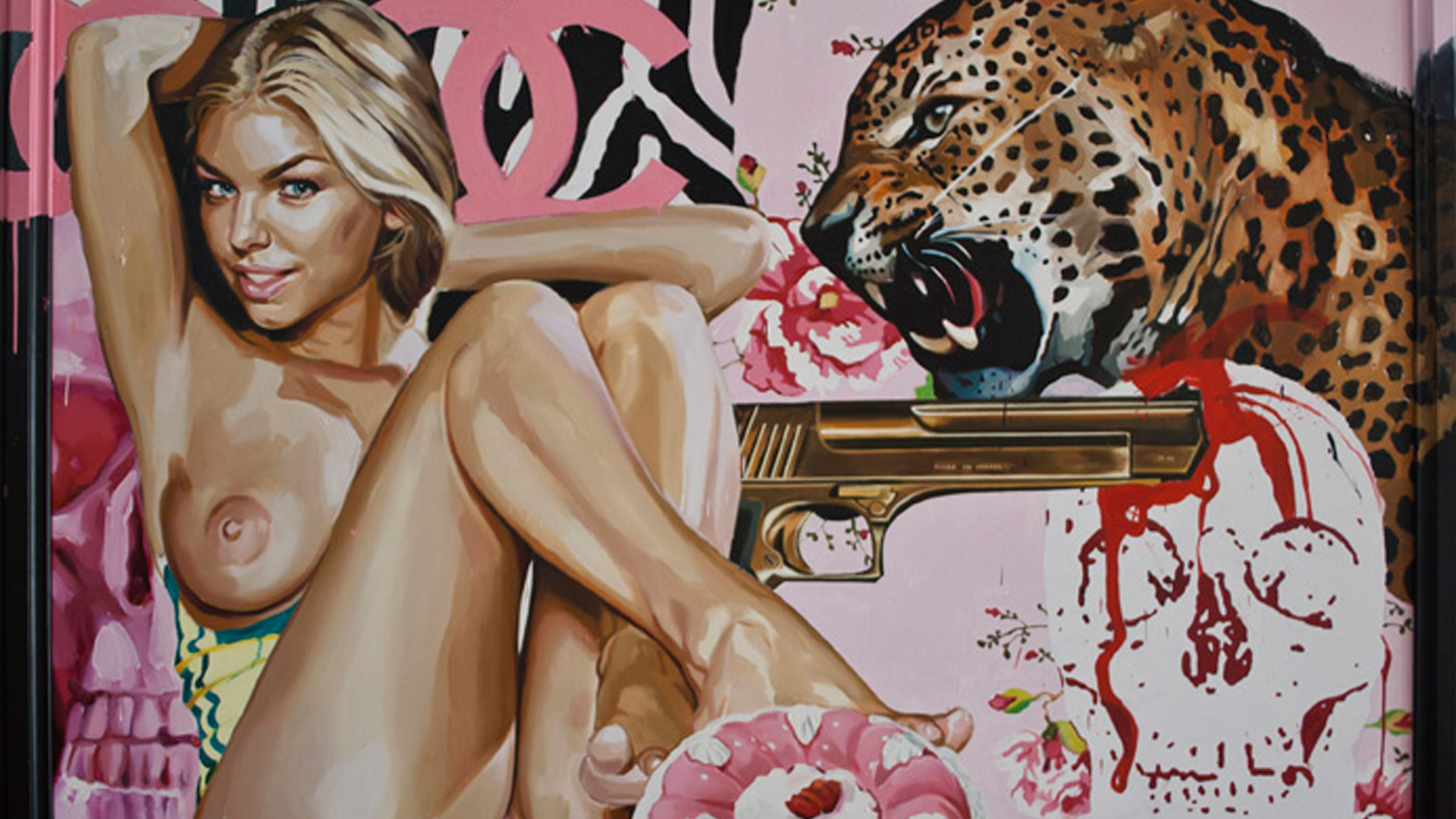 The incorporation of certain codes—generally recognized as kitsch—in an artistic work has the effect of blurring the boundaries between high and low culture. In a certain way, it responds to the postmodern sensibility of disrepute and the exhaustion of certain concepts like progress, history, and culture. Even so, in Cuba in the 1980s, the spirit that animated the “representatives” of this tendency was one in which ironic commentary predominated. Today, it’s impossible to know exactly how artists of younger generations view that 1980s use of kitsch.

Currently, there’s a group of artists who deliberately use and interpret the various manifestations of kitsch that turn up in our culture. These artists decontextualize and relocate the codes of kitsch with an eye toward provocation—although I don’t think this is intended to demystify high art or elevate kitsch. Though the goal isn’t to show how stereotypes and clichés work, these artists raise questions about how we approach concepts of beauty and ugliness, and about the boundaries between high and low culture, even as these boundaries continue to erode. As Japanese artist Takashi Murakami has said, “The gap between high and low culture has almost disappeared, and a mixed culture has emerged.”

Some young Cuban artists discuss and debate kitsch. But what’s more striking is how it has become just another expressive tool, like oil paints or text. These artists don’t associate kitsch with empty, meaningless discourse, an impoverished sense of creativity, or lightweight, throwaway work. Their approach to it is more detatched, without the usual prejudices, emphasizing that we live in an era of vale todo—everything has equal value—and “anything goes.”

En mala forma (In Bad Form) is a group show that was presented in La Cabaña during the 11th Havana Biennial as a collateral exhibition. The theme was kitsch. It featured young artists, graduates of the San Alejandro Academy and ISA, who explored the topic through paintings, installations, prints, drawings, and photography.

It was a heterogeneous exhibition in every way. Generally, it dealt with elements that loom large in popular taste: the massive, the strident, the decorative, the serial.

In a society where the predominant aesthetic paradigms come from Miami, or involve historical styles—especially those related to the pre-revolutionary bourgeoisie—these artists explore the meaning of the object as an ideal attribute of a so-called “lifestyle.”

Along these lines are works by Adrián Fernández, Alex Hernández, and Osmeivy Ortega. In the case of Ortega, the exhibition included three prints from his series American Dream. The title itself conveys the spirit of the work: a compendium of visual symbols, meanings and allusions, that—like the carpet hangings that some years ago innundated the décor of many of our houses—reflect the imagery associated with “the American way of life.” But Ortega deliberately placed these symbols on the poorest, most precarious of materials: cotton cloths often used to scrub floors. Each work was made using traditional woodcut and linoleum printing techniques, but the poverty of the material offered a sharp contrast to the apparent glamour of the images. It’s a paradox that embodies the spirit of kitsch and pushes it right through to the absurd.

In the work of Fernández and Hernández, the focus was the object as an attribute—a sign of status—and sociocultural implications of such symbols. These works explored the domestic environment, especially in terms of decorative objects as indicators of taste, systems of thought, and purchasing power.

Fernández’s photographic series Del ser y el parecer (Of Being and Appearance) collected various objects from the so-called “new rich,” a social “class” emerging in contemporary Cuba. Similarly, the group of watercolors titled Inventario appeared to be a symbolic representation of the decorative objects of any well-to-do family. Denys San Jorge, another artist in the show, was intent on demonstrating that kitsch is a stage in the aesthetic evolution of the individual that has become, in our country, a pattern to follow for those who aspire to, and seem to have attained, a certain economic status.

Speaking of the individual through objects, it´s worth mentioning the diptych Temporada de caza (Hunting Season) by Adriana Arronte. This artist picked up on a seemingly innocuous fact: major brand logos are routinely represented by animal figures. The title of the work alludes to the human need for self-expression and status, and corresponds to the principle of the medieval hunting trophy. The postmodern prize has changed to become any object to be consumed, just as the hunting trophy proclaims the power of its possessor.

Mabel Poblet, for her part, played with the boundaries between good and bad taste from the perspective of the feminine. A mouth full of plastic flowers called into question any absolute criterion of what is visually pleasing or annoying. Repetition, to the point of being overwhelming, connected with the idea of serialization that is also inherent in kitsch, along with a horror vacui and a visual stridency.

The artists involved in En Mala Forma wolfed down the idea of kitsch, producing works that have the appearance of kitsch, but are provocative in every sense. And that is their greatest virtue, because good art should be a provocation, too.