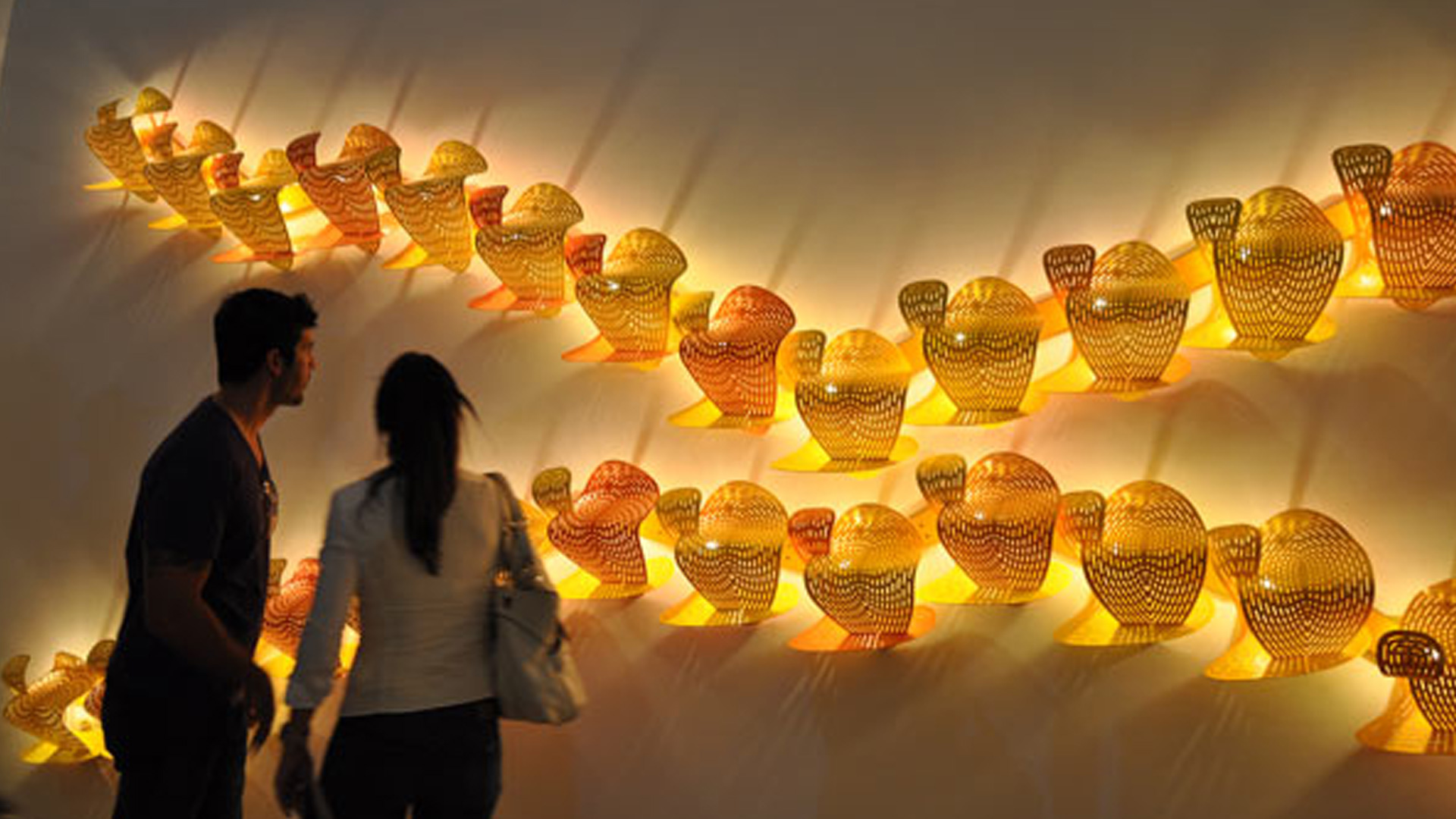 In many parts of the globe, August is a time for galleries to close for vacation and museums to shift to less substantial fare. That’s not necessarily the case in Havana, where the city’s official art spaces are offering everything from cutting-edge installation art to a centennial salute. Here’s a quick snapshot of what’s on view this month and into September.

Rita Longa, Centenario at MNBA. A centennial salute to the noted sculptor (1912-2000), whose works are installed in public spaces throughout the island. The exhibition also recalls Longa as a teacher and influence on later artists. On view through September, the show features 29 works made between 1932 and 2000.

De la magia y el color at MNBA. Opening August 10, Of Magic and Color showcases 30 oil paintings and drawings from the museum’s folk art collection, most never previously on view. Of special note is the work of Ruperto Jay Matamoros (1912-2008), winner of the National Art Award in 2000.

CIFO: Una mirada múltiple. Selections from the Ella Fontanals-Cisneros Collection at MNBA. One of the major events of the 11th Havana Biennial, this exhibition of stellar international contemporary art continues through August 20—the first time a complete exhibition of CIFO works have been shown outside the foundation’s Miami home.

Habana–New Orleans at Fototeca de Cuba. On the heels of Escenas, which closes on 20th, Habana-New Orleans opens on the 24th. Presenting the photographs of Charles Anselmo, the exhibition explores two very different cities in physical decline, in images “populated with the architectural ghosts that reside in forgotten urban landscapes.”

El regreso de Jack el castigador at Galería Habana. This past Friday saw the opening of Rocío García’s solo show, which was mentioned in a previous Update. Although Jack el castigador translates as “Jack the Punisher,” what inspired García was another historical character. “Starting from the story of Jack the Ripper, the legendary assasin of women,” she says, “I recreate and manipulate the character, giving him a more contemporary iconography.” On view through September 7.

Intramuros at Galería Servando. Through August, a solo show by painter Alfredo Otero (b. Cuba, 1975).