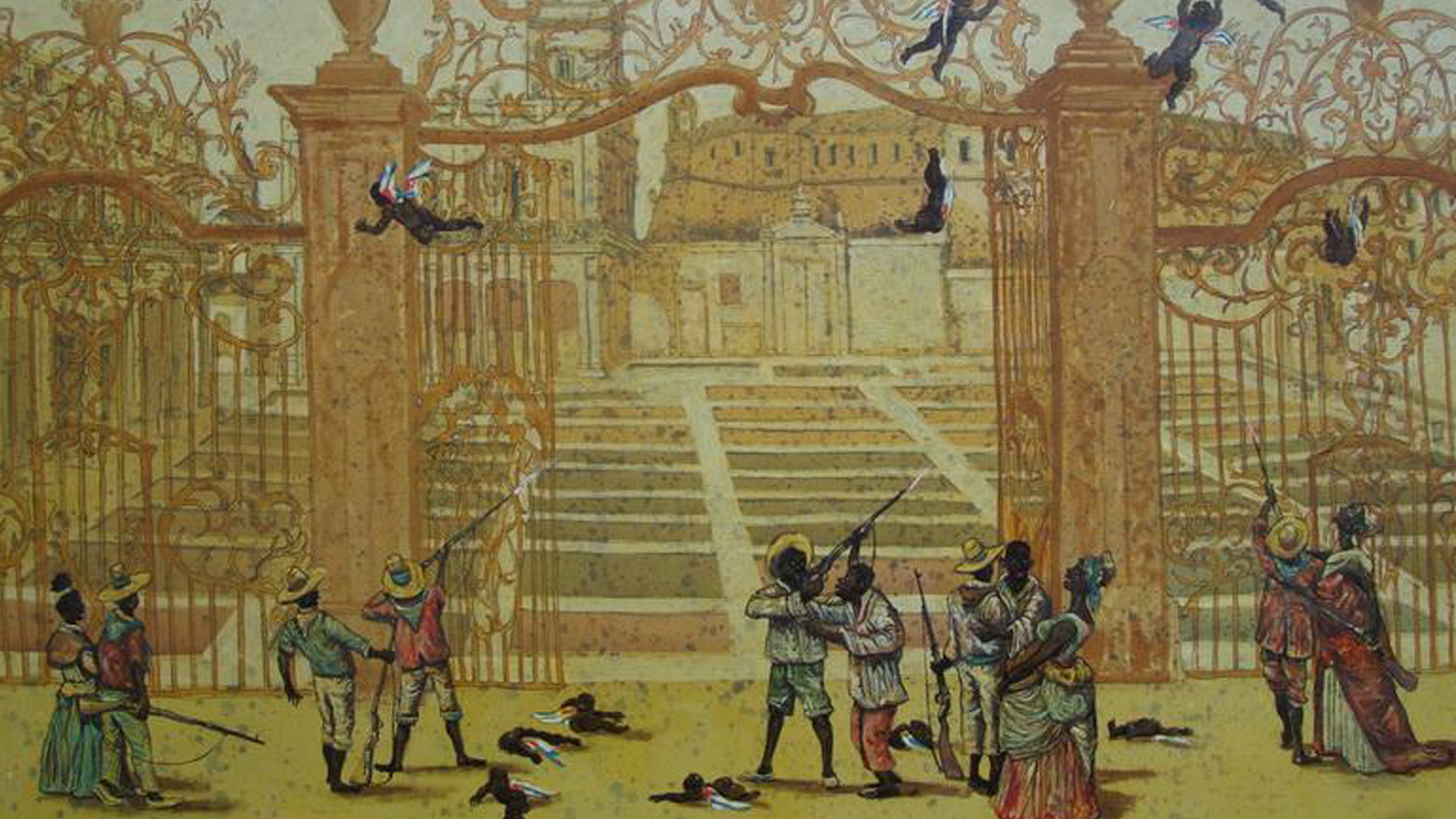 Reporting from Havana. Reports on the Bienal—exhibitions, openings, performances, and events—are arriving in the Cuban Art News in-box. Instead of a single story on the Bienal, over the coming weeks we’ll feature in-depth looks at selected exhibitions, including conversations and walk-throughs with artists and curators. First up: a Bienal overview, coming later this week.

CCS Celebrates the Bienal in New York. As it continues the yearlong celebration of its own 40th anniversary, the Center for Cuban Studies is also saluting the Bienal with the current exhibition in its Cuban Art Space: a show of paintings, sculpture, drawings, and multimedia works from the CCS collection. Artists on view include veterans of the current and past Bienals, such as Augustín Bejarano, Carlos Estévez, Roberto Fabelo, Manuel Mendive, Rocío García, amd William Pérez. On view through June 23.

Arturo Rodríguez in Miami. People in transit—waiting at airport terminals, on escalators or moving walkways—are the subject of Arturo Rodríguez’s current exhibtion at Waltman Ortega Fine Art in Miami. Painted in a muted palette of grays and blues, the works in Passengers reflect the influence of both Edward Hopper and Japanese ukiyo-e prints. According to the Miami Herald, the paintings “are contemplative, almost lonely views of individuals passing each other and passing through life.” On view through June 6.

PINTA opening in London. Back for the third UK edition since its 2010 debut, the Latin American art fair PINTA London 2012 will feature more than 50 galleries and, for the first time, will showcase artists from Spain and Portugual as well as Latin America. The fair’s featured artist is geometric abstractionist and kinetic painter Matilde Pérez Cerda of Chile. June 7-10.

Douglas Pérez and Elio Rodríguez, too. Timed to coincide with the Habana Bienal and PINTA London, Cannibal/Carnival showcases the recent work of artists Douglas Pérez Castro and Elio Rodríguez. Curated by Orlando Hernández, who also curated the 2010 exhibition Without Masks, Cannibal/Carnival zeroes in on the two artists’ shared inclination toward the carnivalesque—celebration, chaos, humor, and a joyous inversion of everyday norms—and a tendency to ransack, or cannibalize, artistic styles, visual language, and art history itself. On view at London’s Breese Little Gallery, May 25-July, with an opening reception on Thursday evening, May 24, 6-9 p.m.

Garaicoa in Basel. Having finished its run at the Braunschweig Kunstverein, Garaicoa’s exhibition A City View from the Table of My House is set to open at the Kunsthaus Basel, just in time for the Art Basel fair. Pulling together works from different points in Garaicoa’s career, the show explores the artist’s highly personal approach to issues of urbanism and the cityscape, couched in the intimate scale of a kitchen table. The show runs June 1-July 15, with a brunch on June 13 during the Art Basel vernissage.

Save the Date – Caribbean: Crossroads. After a decade of research and development by three museums, Caribbean: Crossroads of the World will open in New York on Tuesday, June 12. Presented by El Museo del Barrio, The Studio Museum in Harlem, and the Queens Museum of Art, Caribbean: Crossroads weaves a generous strand of Cuban art and history into its panoramic tapestry. Look for more about this milestone exhibition soon in Cuban Art News.