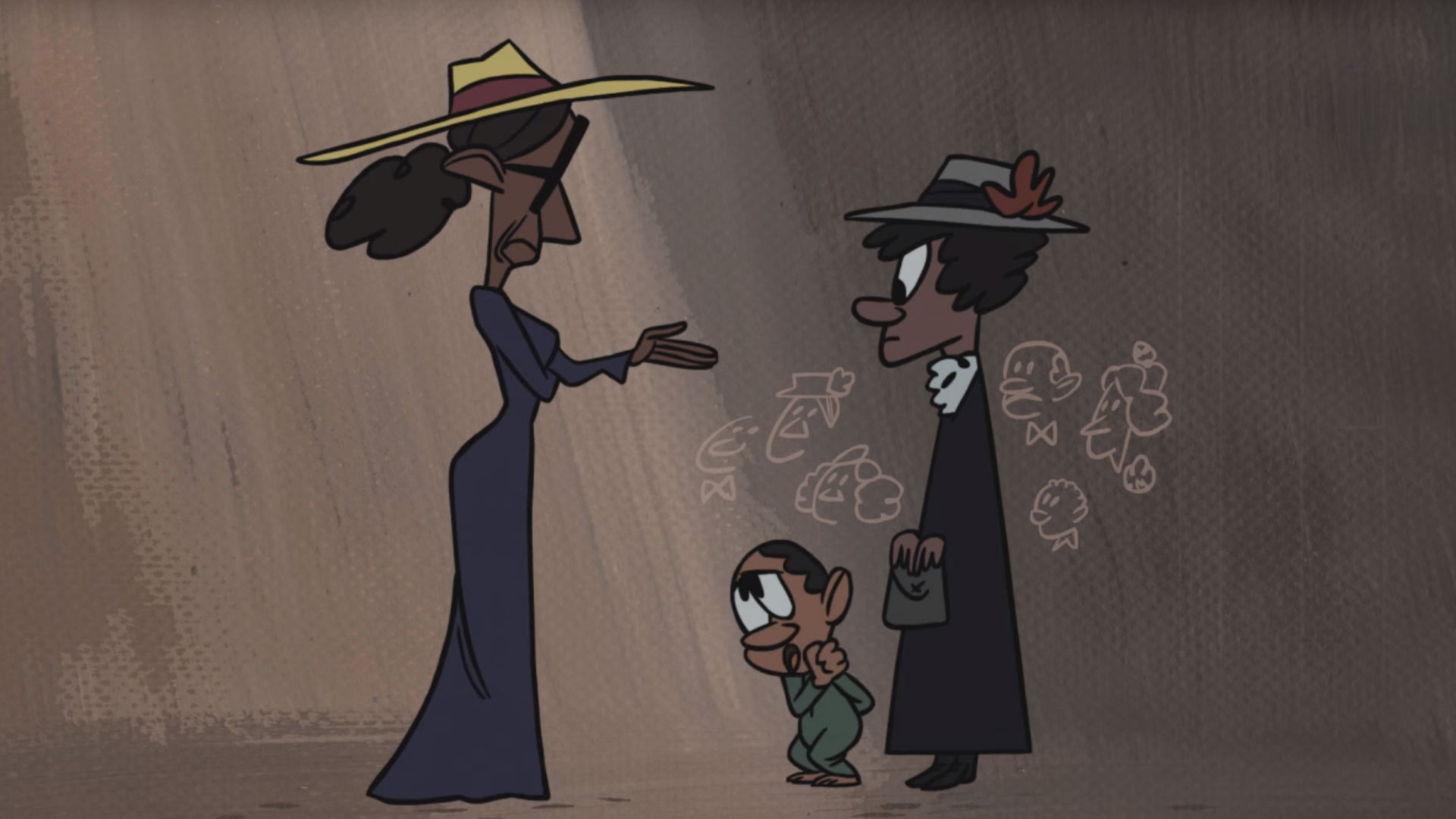 Movie audiences around the island saw a different side of American life and culture when a program of short U.S. documentaries made a two-week tour of Cuba this spring. Presented by a curator from MoMA’s film department, Closing Distances/Cerrando Distancias was a first-time experiment for all concerned—one that its organizers would like to continue.

The program included two Oscar-nominated films: Poster Girl (2010) by Sara Neeson, about a young female veteran of the Iraq conflict and her attempts to cope with post-traumatic stress disorder, and The Barber of Birmingham (2011) by Gail Dolgin and Robin Fryday, about an 85-year-old veteran of the Civil Rights Movement of the 1960s.

Other films in the program were Jesse Epstein’s Wet Dreams and False Images (2004), a humorous look at how ideals of female beauty are manipulated in the marketplace, and the Rauch Brothers’ Miss Devine (2011), a humorous short animation based on a StoryCorps conversation between cousins James Ransom and Cherie Johnson about their intimidating childhood Sunday-school teacher.

A fifth film, Housekeeping (2009) by Anthony Weeks, was shown at one screening in the provinces and also in Havana. The Havana screening was presented as part of the Muestra Joven (Young Directors Film Festival), which was the cultural organization that co-sponsored and coordinated the tour in Cuba. On the U.S. side, the project was co-sponsored by Americas Media Initiative, a U.S. nonprofit organization.

In selecting the films, the organizers opted for works that would “communicate to as wide a public as possible,” said Sally Berger, assistant curator in the film department at MoMA and curator for Closing Distances/Cerrando Distancias. Berger focused her selection on independently produced films that she called “more personal in their approach” but “not necessarily experimental.”

For documentary filmmaker Alexandra Haikin, director of Americas Media Initiative, it was also important “to show the diversity of the United States. Cuban TV shows a lot of U.S. programming, but it’s pretty limited and stereotyped—a lot of really bad Hollywood films and bad TV series. We wanted people to get a different flavor of what the U.S. was like.”

Audience turnout frequently surprised the tour organizers, who weren’t sure what to expect. “In Cienfuegos, the local ciné club put us in a small screening room, since they didn’t know how many people would show up, said Haikin. “It was standing-room only.” In the three provincial cities, she said, “People were really pleased that we came. They told us, ‘Oh, things mostly go to Havana. They never come to where we are.’” Most stops included two or three screenings, at an art school and at public venues such as ciné clubs or the local UNEAC (National Union of Writers and Artists of Cuba) space. Audiences at the public screenings “were pretty mixed,” said Haikin. “Older folks, children, everyone, particularly in Cienfuegos.”

In virtually all screenings, Poster Girl and The Barber of Birmingham provoked the most discussion. “About Poster Girl, one comment we heard over and over was ‘We know about the U.S. involvement in Iraq, but we’ve never heard this kind of personal story,’” said Berger. “There were a lot of questions about this young woman, how she could be in that situation, and the plight of American soldiers returning from the war.”

The Barber of Birmingham offered other revelations. “People said, ‘We’ve never seen anything like this—ordinary people involved in the Civil Rights Movement,’” said Berger. Added Haikin, “It was really interesting for them to see African Americans in Birmingham who supported Obama’s election, and the barber being so emotional about it.”

Perhaps the biggest crowd-pleaser was the animation Miss Devine. “Every audience really laughed and responded,” said Berger. “There’s a lot of interest in animation by young people in Cuba, and a number of different schools, so they’re really interested in seeing different animation styles. They’d never thought about animation as being documentary.”

Is there another tour in the future? “Our counterparts in Cuba were really happy,” Haikin said. “We met with the director of ICAIC when we got to Havana, and they want us to do it again.” There is one change, though, that Haikin would make. “I’d bring one U.S. filmmaker with their work—not different filmmakers’ work,” she said. “People wanted to have a more profound conversation with a filmmaker about making the film, and Sally and I couldn’t do that. People get something out of talking with the actual filmmaker, and that something we’ll do differently next time.”