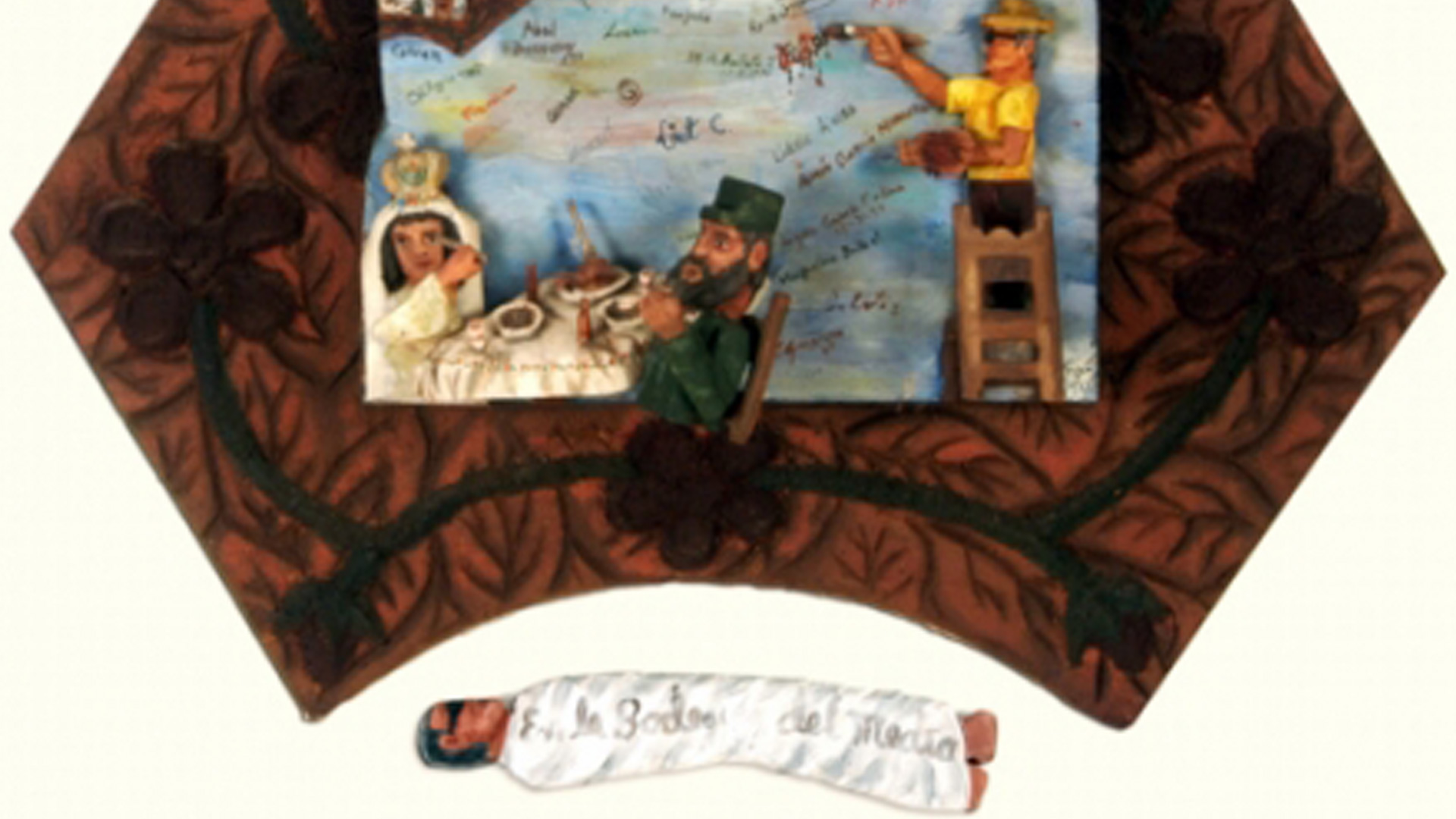 Among the many names and derivations bestowed on the Virgin Mary, the most popular are the Virgen de la Caridad, Virgen del Carmen, Virgen de la Candelaria, Virgen de Guadalupe, Ntra. Señora de Covadonga, Virgen de Regla, Ntra. Señora de los Remedios, etc. A standout on this long list, owing to its strong and lengthy tradition, the popularity of its cult, and its integral role in the formation of Cuban national identity is the name of the Virgen de la Caridad del Cobre. As for the story of her appearance, most believers take as true the discovery of the Caridad del Cobre image by three fishermen with the same name—Juan, or John—in the Bay of Nipe in eastern Cuba at the beginning of the 17th century: 1612, to be exact.

At the grassroots level, the image of the Virgen de la Caridad has been recognized primarily by the blue of her traditional costume or the color yellow, associated with the golden dress in which she was officially crowned by the Catholic Church as the patron saint of Cuba in 1916; by the boat with the three Juans situated at her feet; and by her golden brown face.

Spurred by the economic, social and cultural situation that arose with the collapse of the Soviet Union and other socialist governments, and the economic and spiritual impact of these changes on Cuban society, the 1990s saw a strengthening of religious practices on the island. This is consistent with an open and flexible attitude on the part of the Cuban government toward such religious practices, and for an improved relationship between the government and the Catholic Church in Cuba. Given these circumstances, the arts in Cuba saw an unprecedented upsurge in topics related to the Christian faith.

The economic and social crisis had a major impact in the religious arena, which found strong expression in the visual arts. Indeed, not a few visual artists approached topics related to Christianity, which was almost always in dialogue with the phenomenon of syncretism and popular religion. At that point, the trend was fueled by the historical moment, marked by the crisis in values that accompanied the ideological shock, and the material hardships that affected the island as an immediate consequence of the collapse of “real socialism.”

The past decades have witnessed the notable and growing interest on the part of an important group of Cuban artists—numbering about 150—in the Virgen de la Caridad del Cobre. This has stimulated the production of works that are of value both for their formal solutions and for their semantic dimension, which addreses the elaborate interpretations of devotion to this figure and her significance for Cuban culture and national identity.

In My God, My Family (1991), artist Fernando Rodríguez juxtaposes high-power religious and political images to make the case for faith as the basis of national salvation. The work consists of five pieces of painted wood on which the artist has carved individual depictions of the Virgen de la Caridad del Cobre, Fidel Castro, Christ the Good Shepherd, José Martí and Che Guevara. Each is embraced by a group of people who form a tight circle around the figure, and every image carries a determining attribute or complement. In any case, Rodríguez’s work makes no distinction among political ideologies, mystical references, or other means used to secure protection. Ultimately, “a petición“—at the request—of his famous alter ego, the blind countryman Francisco de la Cal, Rodríguez socializes his personal pantheon as a vehicle of salvation in a time of crisis.

Next: The discussion continues, with works by Esterio Segura, Lázaro Saavedra, and other artists.