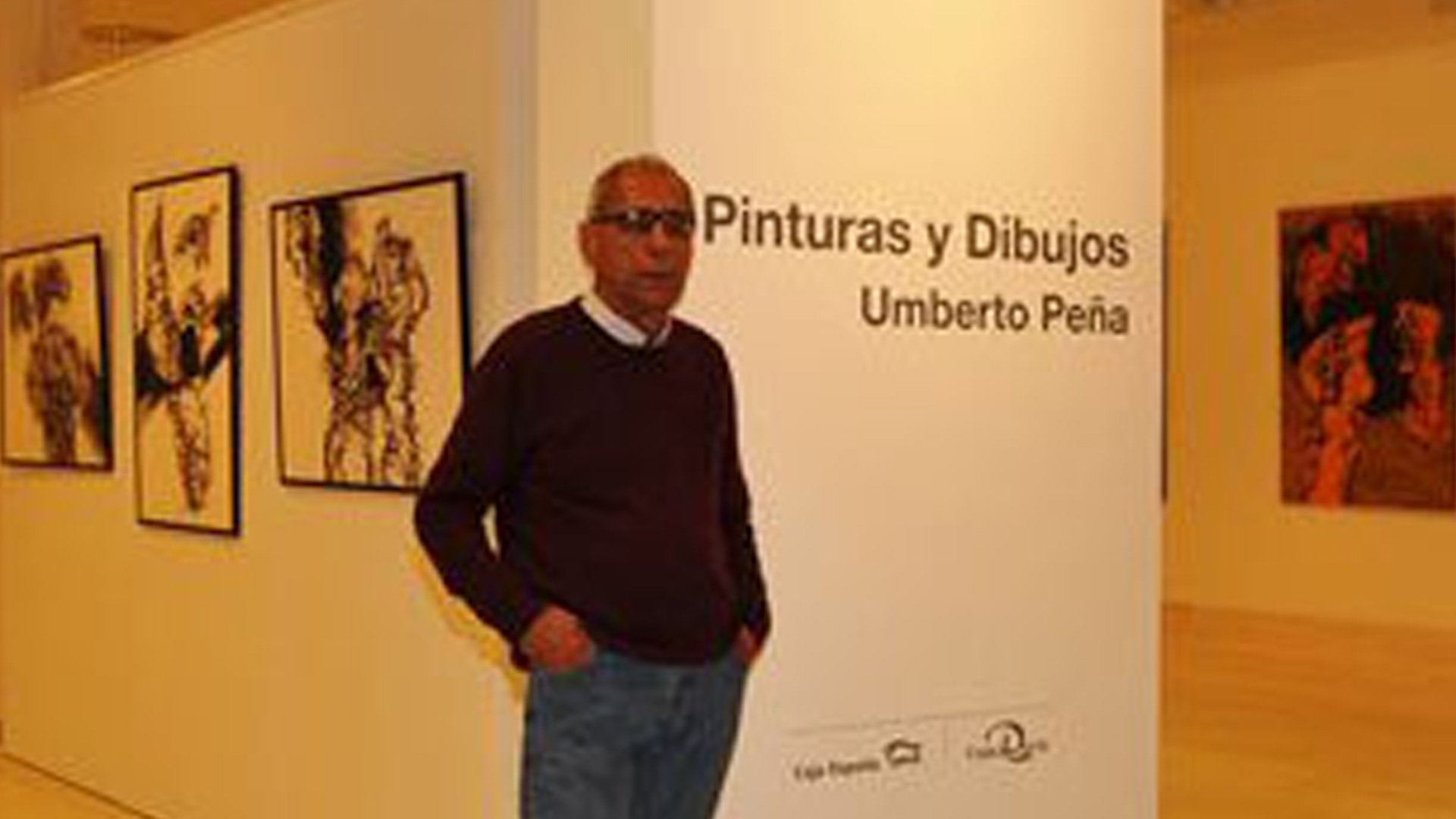 Umberto Peña opens solo show in Salamanca. Not quite five years ago, the acclaimed artist and graphic designer settled in the Spanish city of Salamanca. This past week, Peña presented his first solo show in the region, with new works that revisit an earlier interest in Abstract Expressionism. The show’s curator, Rafael DiazCasas, describes the new work as leaving behind “the Caribbean light, the Atlantic of Miami and the strident onomatopoeias of Pop Art” in favor of inward meditations that travel through “arid landscapes flooded with the colors of Castille and Leon.” On view at the Centro Socio Cultural Caja España-Duero, Pinturas y Dibujos: Umberto Peña (Paintings and Drawings: Umberto Peña) runs through February 26. For more shots of the opening, check the photo album on the CAN Facebook page.

Carlos Garaicoa makes waves—that is, Circles—in Madrid. In an increasingly globalized world, an artist’s sense of place often has less to do with geography than with shared references, influences, and colleagues. That idea is the starting point for Circles, the group show that Carlos Garaicoa curated for the Elba Benítez Gallery in Madrid. Garaicoa selected five contemporary Cuban artists—Yoan Capote, Yaima Carrazana, Reynier Leyva Novo, Ezequiel Suárez and José A. Toirac—whose work spans movements, styles, and generations. Garaicoa then asked each of them to select an artist whose work has been in some way important to them, adding a second ‘circle’ to the concept. Interestingly, the chosen artists were largely European, ranging from Louise Bourgeois and Daniel Buren to Hans Haacke, Martin Kippenberger, Teresa Margolles and Krzysztof Wodiczko. Circles runs through February 28.

Opening Tonight: Cuban artists books in Worcester, Massachusetts. Debuting almost three years ago at the prestigious Grolier Club in Manhattan, Cuban Artists Books and Prints: 1985-2008 has since been presented at several university art museums. The latest stop is Holy Cross College in Worcester, Massachusetts, where a slimmed-down version of the show—40 works instead of the original 120—opens tonight in the school’s Iris and B. Gerald Cantor Art Gallery. The handmade books, prints, and objects by artists and writers were largely created in collaboration with the small press Ediciones Vigía, based in Matanzas province. An opening reception will be held from 5 to 6:30 this evening. The show runs through March 21.

Chico & Rita opens, finally, in New York. It’s been shown throughout Europe and at just about every film festival anywhere–including last summer’s New York International Latino Film Festival. Now, with an Academy Award nomination for Best Animation under its belt, Chico & Rita opens at one of the city’s premier art-house cinemas, the Angelika Film Center, on February 10. Set in the 1940s and ’50s, the film tells the seductive tale of star-crossed lovers—a gifted composer and a beautiful singer—with an original soundtrack by legendary musician Bebo Valdés. Back in 2010, music and film critic Gary Giddins named it “one of the best fictional films ever made about jazz,” and just recently, a writer for Slate called it “the sexiest animated movie I’ve ever seen.” We know which film we’ll be rooting for on Oscar night.

Looking Ahead: Los Carpinteros in Switzerland. The duo open their first museum show in Switzerland on April 28 at Kunstmuseum Thun. Installations, sculptures, and monumental watercolors are included in the show, which will run through July 8.