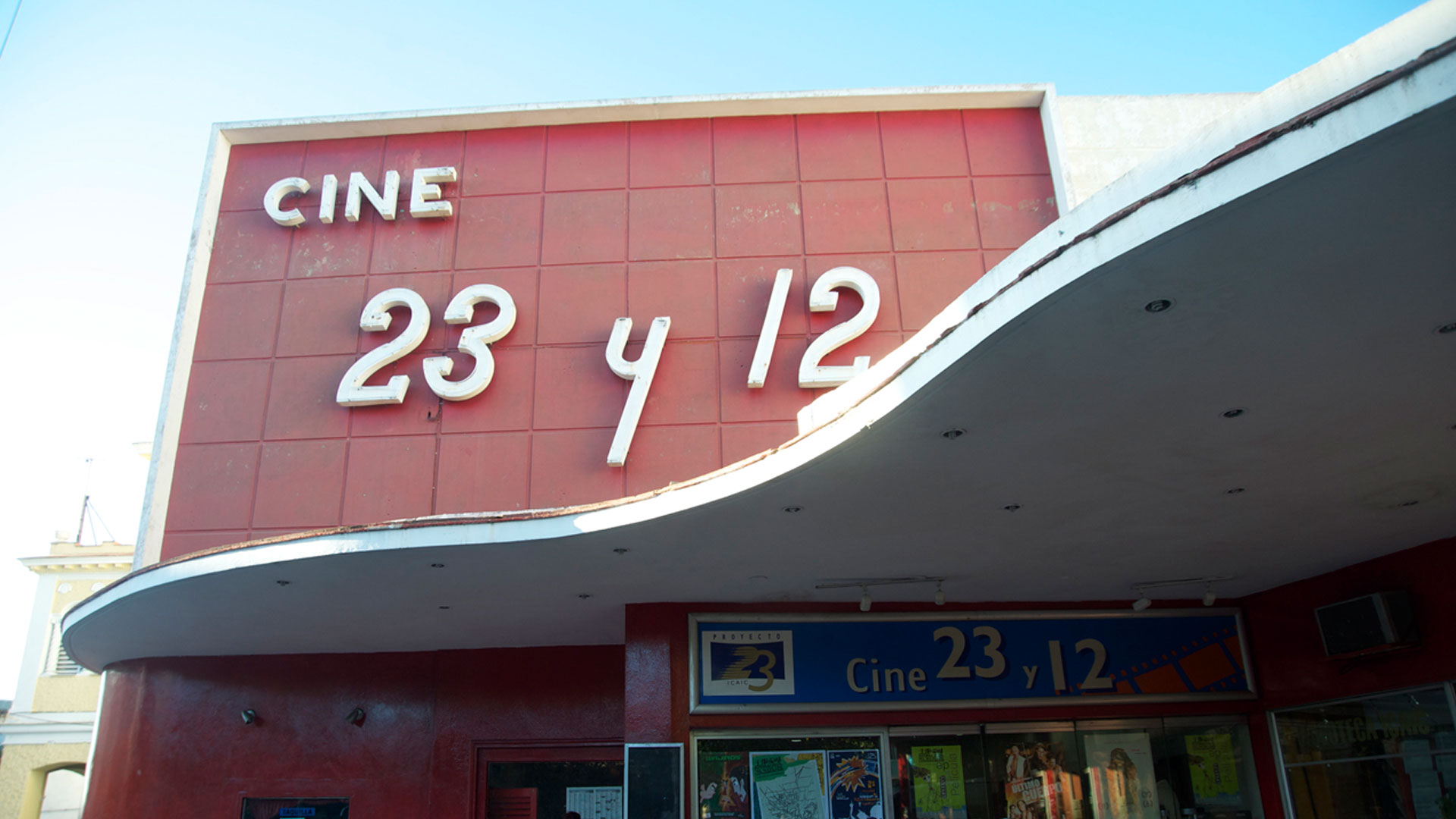 Cuban Art News has been reporting on Unfinished Spaces, the film about the architecture of Havana’s Instituto Superior de Artes (ISA), while it was still in production. Since its completion in mid-2011, the feature-length documentary has debuted in New York and Los Angeles, won awards at numerous film festivals, and in December, premiered in Havana. We caught up with the film’s directors, Alysa Nahmias and Benjamin Murray, for an update on the Havana screenings and what’s coming next.

“It was a dream come true,” says Nahmias, “to be able to show Unfinished Spaces in Cuba at the Festival de Nuevo Cine Latinoamericano—and to do so with two of the film’s three architect-stars.” One of the architects at the screenings, Roberto Gottardi, lives in Havana; the second, Vittorio Garatti, flew in from Milan. The third architect, Ricardo Porro, was unable to attend, but, says Nahmias, “he was overjoyed to hear that the film was well-received by the festival audiences.”

Unfinished Spaces had two screenings at the Festival of New Latin American Cinema: one in the “Hecho en Cuba” (Made in Cuba) section of the program, and the other in the section called “Puentes y mas puentes” (Bridges and More Bridges), co-curated by Latino Public Broadcasting. After these screenings, the directors were invited to show the film at the Colegio de Arquitectos (Unión de Architectos, Ingenieros y Constructores de Cuba, or UNAICC), and at the ISA itself, at the invitation of the schools’ rector. Gottardi and Garatti attended those programs as well. In the post-screening conversation at UNAICC, says Murray, “there was a consensus that the architects want to preserve and complete the art schools, but they don’t know where the funding will come from.”

At the festival, the film played to full houses, with architects and artists who appear in the film—including Ever Fonseca, Manuel López Oliva, Augusto Rivero Mas, Universo Garcia, and Felipe Dulzaides—in attendance. Like others in the audience, they hadn’t seen the film and were eager to talk about it. “Everyone responded with open hearts,” says Nahmias. “They complimented the cinematography as well as the storytelling, and many of them remarked that they felt it could have been made by Cubans, because it was so true to the experiences they’d lived through.” Adds Murray, “The best compliment we received was, ‘I can’t believe two kids from North America made a mirror for us to hold up to ourselves.’”

Though they’ve now shown the film dozens of times, both Nahmias and Murray found it extremely moving to watch it with Cuban audiences,“to hear their laughter and at times, their tears,” as Nahmias put it. Over the film’s ten years of production, she says, “we never knew whether it would be shown publicly on the island. Because while it was made with tremendous love and respect for the Cuban people and their ideals, it doesn’t shy away from the harsh realities that people have suffered through for the past half-century, on the island and in exile.” Among the viewers who were most stirred by the film were current ISA students and artists who had gone there in their youth. In one post-screening Q & A, recalled Murray, “a young student was crying as he expressed his gratitude to the grandes arquitectos who’d designed his school with so much talent and love. He spontaneously embraced the two elderly architects, and the whole audience erupted in applause.”

Even before Nahmias and Murray headed to Havana for the December screenings, they had gotten word of another honor for Unfinished Spaces: its selection in “Film Forward: Advancing Cultural Dialogue,” a prestigious international film program selected by the Sundance Institute and co-sponsored by the President’s Committee on the Arts and Humanities, the National Endowments for the Arts and the Humanities, and other government agencies. And in January, Unfinished Spaces won the Independent Spirit Awards’ “Find Your Audience” award: a $40,000 audience-development grant that will enable the filmmakers to move beyond the film-festival and art-house circuit and reach out to Cuban-American and Latino audiences. “These ‘showcase screenings’ will focus on open dialogue from multiple perspectives, about Cuban culture and politics, as well as themes about art and society that are in the documentary,” says Murray.

And just last week, the Miami Film Festival announced that Unfinished Spaces will be part of the 2012 festival program, in the acclaimed Knight Documentary Competition. Thanks to underwriting from The Farber Foundation—sponsor of Cuban Art News and a longtime supporter of the film—Havana architect Roberto Gottardi will attend the Miami Film Festival screenings on March 3 and 4, along with the filmmakers.

All this, and 2012 is just beginning. Cuban Art News will keep readers posted on the latest developments with Unfinished Spaces, but for more frequent updates and a complete screening schedule, check the film’s website. For more photos from the Havana screenings, see the Unfinished Spaces photo album on the CAN Facebook page.