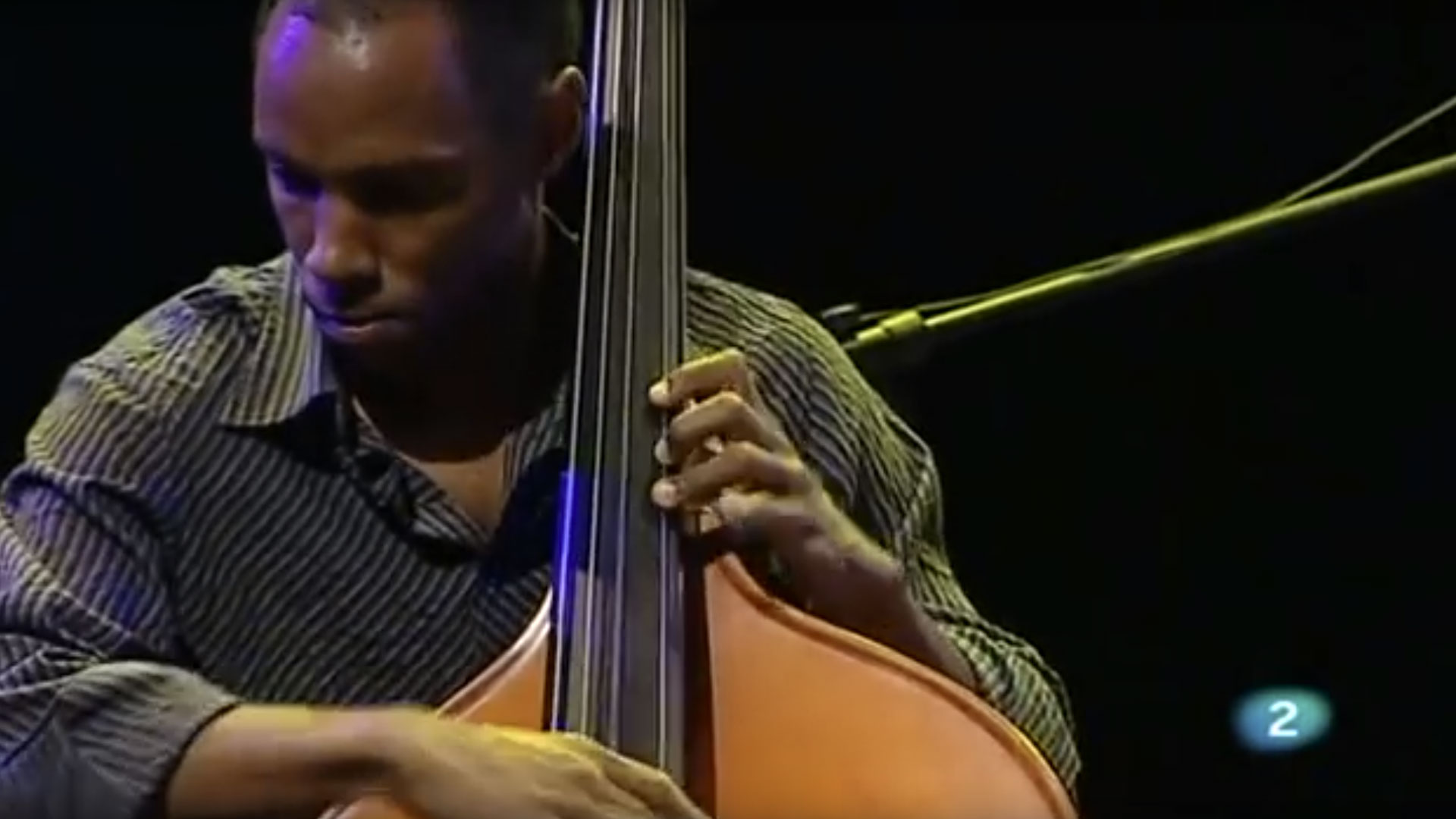 The third edition of the Leo Brouwer Festival of Chamber Music, held in Havana from September 30 through October 7, celebrated the Cuban piano and jazz master Chucho Valdés on the occasion of his 70th birthday. Composer, pianist arranger and teacher, Valdés holds a doctorate in music from Cuban and foreign universities. He was awarded the Cuban National Music Prize in 1999, and has received numerous Grammy Awards in the United States.

At only three years of age, Dionisio de Jesus Valdés Rodríguez—later known as Chucho Valdés—played, with one finger, the tune of “The Dairy Cow.” His father, pianist Bebo Valdés, said “That boy shines.” Chucho was born in the town of Quivicán on October 9, 1941. Under the influence of his father, who was a sublime pianist and quite instrumental in the development of the mambo, Chucho absorbed not only the European classical musical tradition but also Cuban popular music and American jazz—a background that marks his compositional and interpretive work.

In an interview with journalist J. C. Lemus, Chucho Valdés said of himself:” I am the happiest of slaves. I started playing the piano at three and have not quit studying for a single day. One might think that this is slavery, but how wonderful it is! I live to create, to study the technique of the musical instrument and find a new road, a new idea, always trying to renew myself.”

At the age of 16, Chucho was already a pianist in his father´s orchestra. From this initial period he recalls: “Until I was 15 or 16 years old, I liked Cuban popular music very much, along with classical, which I had studied at the Conservatory. Then, a friend encouraged me to hear more jazz, to know the work of the best pianists. He felt that I didn´t improvise enough, and I felt this was a deficiency. I bought my first jazz album, by keyboardist Dave Brubeck. I was shocked and I decided to enter what was, for me, a new world. From Brubeck, I studied jazz piano thoroughly.”

After those first steps, Valdés joined Havana´s Orchestra of Musical Theater, whose harmony teacher was composer Leo Brouwer. In these years, he founded the group “Chucho Valdes and His Combo,” with singer Amado Borcelá (Guapachá). Ready for more, in 1967 he was called by Armando Romeu to join the Cuban Orchestra of Modern Music, a cornerstone of the Cuban music scene.

A detachment of the orchestra emerged as “Jesus Valdés and his Quintet,” a project that participated in the renowned 1970 Jamboree Jazz Festival in Poland. At that moment, Chucho told the Colombian researcher Adriana Orejuela: “All those who had experimented with bata drums had reached a limit and stopped because it was not profitable, it was not sold, etc. And we began to take it from there. Let’s do something very universal, we will universalize it with elements of jazz […]. Then I thought to develop this for the 1970 Jamboree Jazz Festival, so we mixed the Misa Negra (Black Mass), with Yoruba chants, with prayers in that language, rituals touches […] it was a scandal, because that day Dave Brubeck´s Quartet was closing the show, and he heard us… We were very young, we were scared. When Brubeck finished he sent for us, he gave us a hug, and told me that what I was doing was a new way to develop Afro-Cuban music and its fusion with the jazz. He said: ‘Never stop.’ It was the best reward, more than the applause of the public. It was what encouraged me to continue doing that job and also to expand it. So the idea of Irakere came from this.”

In 1973, his famous group was born: Irakere, a Yoruba word that means forest. Chucho and his friends wanted to make a kind of music that merges Afro-Cuban rhythms of Bantu, Yoruba, and Carabali origin with musical elements of a more universal legacy. In that sound, along with the jazz phrasing of the wind instruments and piano tumbaos, was heard an electric guitar processed with wah and fuzz pedals. For many people, it was a surprise—like Carlos Santana´s sound but with much stronger percussion. From that basic working style, a first song was created: “Bacalao con pan” (Codfish with bread), which was danced and hummed throughout Cuba. The orchestration formula that Chucho devised influenced Cuban bands appearing later, particularly those issues related to the treatment of horns.

About Irakere and its legacy, Chucho Valdés has said: “When we joined Irakere we were unknown. Irakere was a laboratory of super musicians: Paquito, Sandoval, Maraca, Anga, Cortes… Irakere is as known as the Art Blakey´s Messengers or Davis´ Quintet, groups where people go and then later stand out. I am proud of these 30 years of work and the contribution that is recognized.”

Chucho wasn’t content for Irakere to rest on its laurels. In 1978, he became involved in one of the most vital experiences of Cuban music in the past decades. The historic concert between Irakere and Leo Brouwer, as a guitar player, took place in the Karl Marx theater. Chucho played his own songs along with works by such composers as Villa-Lobos and Joaquín Rodrigo, and recorded them on disc. Valdés has always worked hard to renew the vision of his work. One can perceive a constant evolution of his music, framed in Cubop and Afro-jazz.

In his reinventions, Chucho avoids the cliches flooding the world of the Afro-Cuban or Latin jazz. A proof of this is Canciones ineditas (Unreleased songs), which won the Latin Grammy in 2002 in the Pop Instrumental category, or Fantásias Cubanas, the CD produced by Max Wilcox (known for his production work with master pianist Arthur Rubinstein), on which Chucho performed works by such composers as Lecuona, Chopin, Debussy and Ravel.

A rara avis, Valdés knows how to improvise within a group, quartet, or quintet structure, and to take off from the language of jazz in a solo piano performance. His profound musical knowledge is evident in his quotation of fragments from, or interpretation of, musical pieces by prestigious figures ranging from Rachmaninov and Chopin to Oscar Peterson, Keith Jarrett, and Cesar Portillo.

As a pianist, Valdés is endowed with exceptional abilities. His left hand sometimes seems to recall the classic pianist Ernesto Lecuona, while the right suddenly shows off his own “Valdes´style,” the power of the Afro-Cuban tradition. The mixture of classical elements with Latin, the concurrency of both trends, executed as only his two prodigious hands can do, has made the Cuban widely regarded as a musical genius.

Praised for his technique, valued by international critics as one the most gifted living pianists in the field of jazz, Chucho commented on the relationship between talent and training in an interview with the Spanish magazine Jazz Andalusia: “Talent is given and training is acquired. Chano Pozo and many others were natural talents. I am not only a musician but also a teacher, and I think we also need to master the language to say things. Of course, technique by itself is empty. To have both at once is beeter, but if I have to choose I prefer a good idea rather than an empty technique.”

Valdes´compositions of Afro-Cuban and Latin jazz give other musicians the chance to be creative. For every musician, jazz is improvisation, but in the case of Chucho it assumes a special dimension. From Mambo Influenciado to Claudia, through Juana 1600, the danzon 100 Years, the monumental Misa Negra(Black Mass), the Adaggio by Mozart, Las margaritas (The Daisies), Tierra en trance (Earth in a trance), Shaka Zulu, Shango, Stella, Pete and Ronnie, to the latest pieces such as Babalu or Yemaya, there is a stylistic continuity with new harmonic, melodic and rhythmic elements.

Chucho stands out in his ability to surprise the listener. As a solo pianist or a leader of Irakere, with his quintet or his with current project, the Afrocuban Messengers, the Cuban master confirms the view that the best music can generate is happiness and enthusiasm. No music in the world does it like Latin jazz.

This is why, when Michael Green, president of the National Academy of Recording Arts and Sciences (NARAS), came to Cuba to give Chucho Valdés and Irakere the first Grammy won by Cuban artists after 1959, which had not been received due to the politics of the time, he said: “There is no doubt that from the beginning, what got our attention from Chucho Valdés and Irakere was the mastery of its musicians. The quality is incredible. It is impressive.”