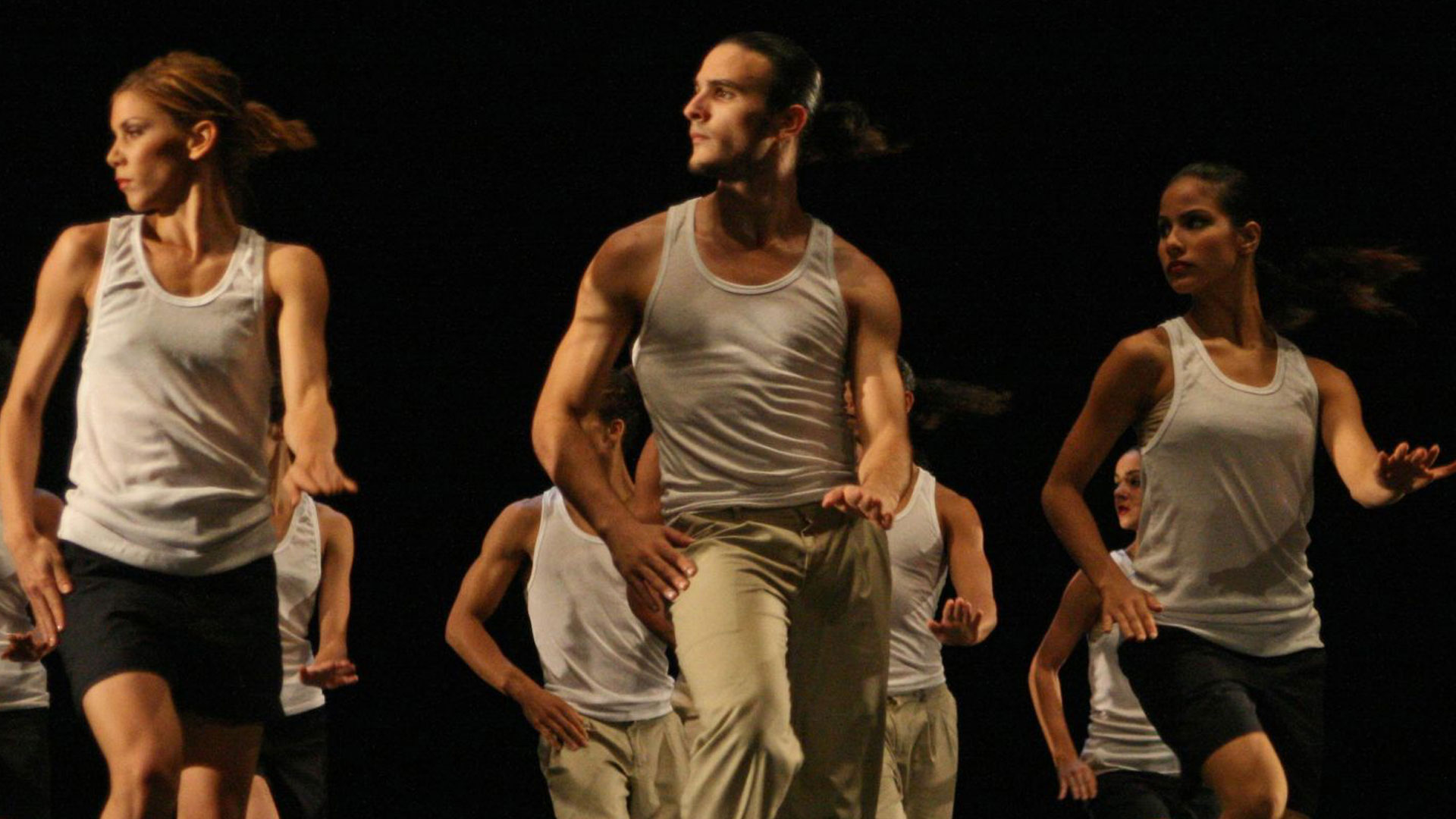 Danza Contemporánea de Cuba is making its first ever U.S. tour, while Los Muñequitos de Matanza make a long-awaited return to North American cities. Dance on Camera Festival director Deirdre Towers reports for Cuban Art News on these venerable companies that are bringing an infusion of energy and talent to the U.S. dance scene.

Can these fresh-faced dancers all be Cuban, raised and trained in that island held apart from us? Their dancing is exact but free, relaxed but long-limbed and dynamic. The rapport between the twenty-one dancers who performed at the May 10, 2011, opening at New York’s Joyce Theater is knowing and supportive. Ramiro Guerra, who in 1959 formed the group that became Danza Contemporánea de Cuba, would be so proud of his company’s U.S. debut!

For the past 25 years, the company has been under the artistic direction of former dancer Miguel Iglesias Ferrer. No matter what choreography they perform, these dancers embody Iglesias’ guiding principle: that they have “the freedom to act and the willingness to openly express personal opinions.” Mysteriously absent is any strident insistence to be heard, and not a trace of self-importance.

Of the two dances presented, “Casi-Casa,” choreographed by Mats Ek—the son of renowned Swedish choreographer Birgit Cullberg—had more substance than “Mambo 3XXI,” choreographed by George Céspedes in collaboration with the dancers. “Mambo 3XXI,” commissioned by Sadler’s Wells, DanceEast, and Dance Consortium, U.K., opens and closes with all twenty-one dancers facing the audience doing aerobics—an odd choice for the first impression of a long-awaited company. Sandwiched in the middle are marvelously inventive duets and partnering that show off the fluidity, both physical and dramatic, of the dancers. Perhaps the pedestrian costumes, the sneakers and t-shirts, and the steady, demanding pace, were chosen to appeal to fitness buffs in the audience who dream of their own flights of virtuosity.

“Casi-Casa” opens with a compelling image of a man, lazily slumped down in a low chair looking off to the right, presumably at the flickering lights of a television, with a stove far to the left and a door upstage right. The bare necessities of a private space—a place to escape, to cook, and receive guests—are all integrated into the choreography. At the core of “Casi-Casa” is the reminder that these dancers do wonders with very little and that people overcome disasters—such as babies found cooked in the oven! The lasting impression of “Casi-Casa” are the solos by Osnel Delgado Wambrug which have Mats Ek’s trademark whimsies, as well as his lyrical sensuality and emotional resonance.

Other choreographies featured in the Danza tour include “Horizonte,” a new work by former Ballet Hispanico principal dancer Pedro Ruiz, the first Cuban American to set a work on this company; “Demo-N/Crazy,” created by the acclaimed Spanish choreographer Rafael Bonachela; and Eduardo Rivero’s 1971 “Sulkary,” celebrating the Afro-Caribbean heritage.

Another artist who would have been so happy to experience the excited U.S. reception to Danza Contemporánea de Cuba is the late Lorna Burdsall (1930-2010), who was associated with the company for twenty years. Burdsall, an American dancer who graduated from the Williams School in New London, Connecticut, and studied at Juilliard School, fell in love with a Cuban who did a mean mambo, married him, and moved to Cuba in the mid-1950s. Awarded the 2008 Cuban National Dance Prize, the highest honor given to an artist with a lifelong devotion to dance in Cuba, Burdsall would have fit right in with the downtown New York modern dance scene in the 1960s. Her witty, irreverent style and curiosity helped Cuba to broaden its concept of dance beyond the classical standards set by Alicia Alonso.

Also appearing on the New York scene this spring: Los Muñequitos de Matanzas. Formed in 1952, Los Muñequitos keep African music alive in Cuba. This much-loved traditional music and dance company returned to perform at Symphony Space as part of New York City’s ¡Si Cuba! Festival. World Music Institute’s (WMI) founder Robert Browning introduced the company and shared stories of the many times he had presented them, including the time they performed right after a blackout. He also announced that this would be his last concert, but assured us the WMI would continue with its extraordinary contribution to the cultural life of New York.

The concert of Los Muñequitos (Cuban term for comic strips, literally “little dolls”) is split between sacred and secular presentations. The secular half had its sparks, erotic bursts, and vaudevillian charm, with the men assuming the lead, but the sacred dances seem to be their reason for being. This Cuban band, many of whom have been with the company for decades, entrances the spectators, featuring a cast in the grip of gods and goddesses with all their poetic power to shake us senseless. The secular is shameless entertainment created by individuals, a display of tricks and spangled hats (the tap routine by three Cubans and a New York City tap dancer being a questionable addition), while the sacred reminds us that Los Muñequitos are the chosen messengers. The uninitiated may miss the contexts and stories behind the rumbas and songs of the orishas (Yoruba spiritual deities), but these serve to remind us of this rich tradition.

This engagement of Los Muñequitos de Matanzas is part of a 16-city U.S. tour produced by MAPP International Productions. On their first tour of the U.S., Danza Contemporánea will also perform in Norfolk (Virgina), Philadelphia, and Boston. The wide-ranging ¡Sí Cuba! arts festival is an indication that cultural relations between the United States and Cuba are thawing. This is a postive step forward: the artistry of these two long-established Cuban dance companies signals that they have much to teach U.S. artists.