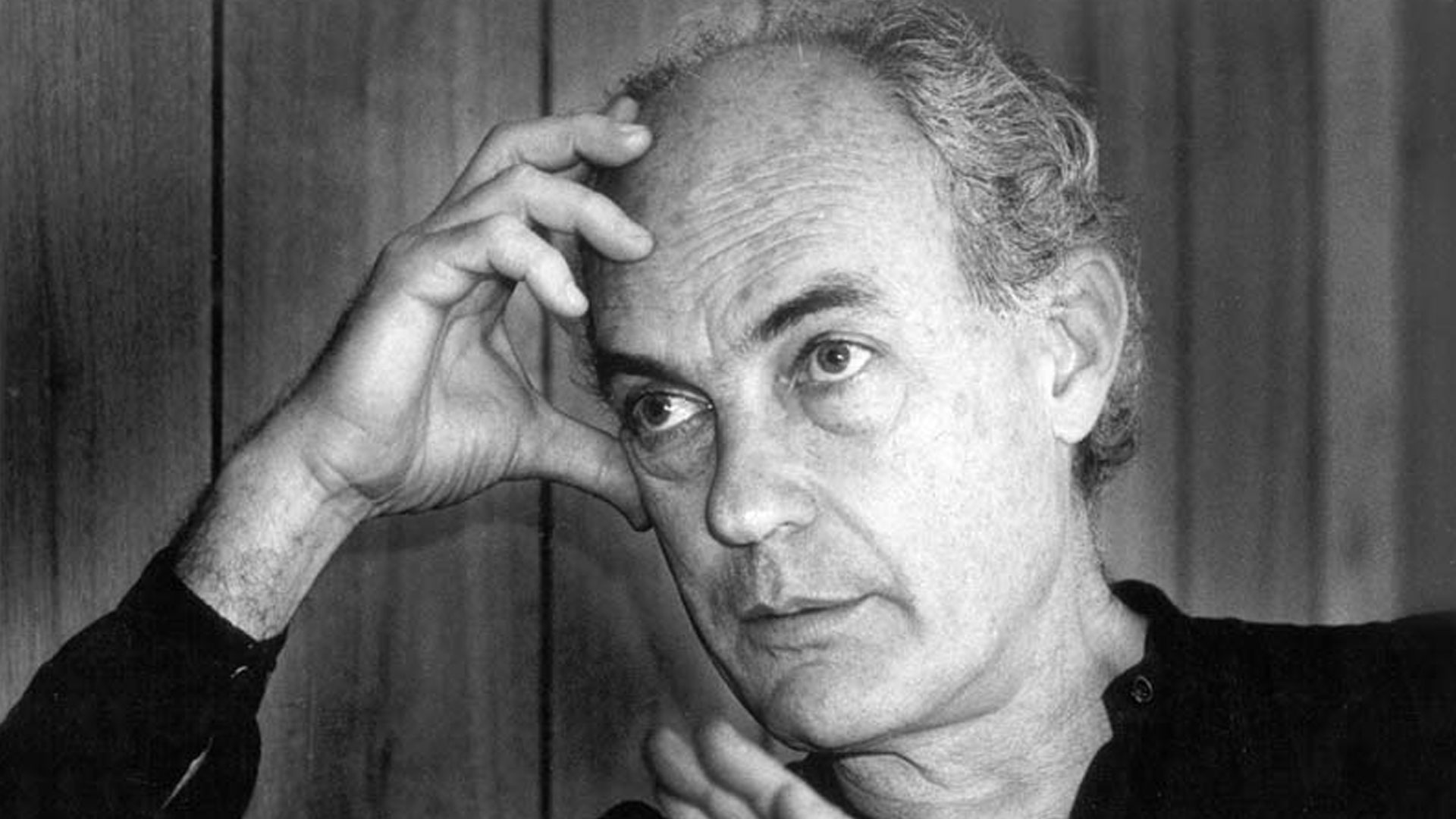 A law school graduate endowed with profound analytical skills—as vast as his tolerance for other points of view (a philosophical rarity on a temperamental island)—Borrero is a pioneer of Cultural Studies. He has brought Cuban film (made in Cuba and abroad) to the forefront of history, culture and ideas, using an approach both passionate and methodical. His texts have expanded from the printed page into cyberspace: in 2007, he founded the blog Cine Cubano, la pupila insomne (Cuban cinema, The Insomniac Eye), which has raised many discussions and controversies around the seventh art in Cuba, our society, and our cultural processes.

But the “deep waters” of the written essay are not enough: Borrero has now ventured into biography. A genre associated with the term “best seller,” on the island biography lacks the prestige it holds in the international publishing arena. Borrero has not turned the spotlight on a politician (Fidel: A Critical Portrait by Tad Szulc) or guerillero (Guevara, Also Known as Che by Paco Ignacio Taibo II). His interest is in an “old” acquaintance: Cuban filmmaker Tomás Gutiérrez Alea (1928-1996), one of the heavyweights of the new Latin American cinema, creator of memorable and decidedly unofficial films like Memories of Underdevelopment (1968) and Strawberry and Chocolate (1994). Borrero recently took part in an email interview with Cuban Art News about the project, and has generously shared a chapter of the work-in-progress, which will appear on the websitetomorrow.

In Cuba, the genre of biography doesn’t seem to rouse much enthusiasm—as if looking into someone else’s life is embarassing or shameful. But you decided to jump from the familiar territory of essay-writing into just this genre. Is it a fatal leap? Or a calculated risk?

The risks are foreseen. It’s not the same to write an essay as to “essay” (“ensayar“) a biography. The most important element in biography is the narrative aspect. This is the first version of a sort of “intellectual biography.” I am not interested in a chisme-ography (a biography of gossip), or digging for the subject’s most intimate stories. I am just trying to reconstruct what happened in the public arena, in front of everyone, that led to more than a few disagreements and some tragic loyalties. This project is based on a reflection by the linguist and anthropologist Edward Sapir: “We can not fully understand the dynamics of culture, society, history, if we first don’t try to understand the before or after, the real relationship between human beings.”

So it is also the story of a group of friends (Titón, Néstor Almendros, Guillermo Cabrera Infante, Alfredo Guevara, García Espinosa, and Germán Puig, among others) who were split by the 1959 revolution. Taking this as a starting point, I am trying to reconstruct the dialectic between friendship and ideology, and what it meant for this group of individuals in such a polarized context. For this, it was essential to turn to biography. Many books have been written about Titón and his films, but there’s still no unified overview that captures the dynamic, fluid quality that’s always floating just beyond the reach of moral or ideological issues. Titón has been isolated, taken out of context, shown in snapshots. But with him, everything is moving, everything is dynamic. So far, several interesting things have come to light, especially from the pre-revolutionary period, which is basic to understand everything that happened after.

Tomás Gutiérrez Alea’s films have captured your interest and enthusiasm for years. Does the title of your biography “Hasta cierto Titón” imply a distrust of the biographer’s omnipotent vision of his or her subject?

Indeed. I have always insisted that the history of the Cuban cinema should be told according to the paradigm proposed in the film Rashomon. Anyway, here’s the passage in the introduction where I explain why I chose this title:

“It´s not a wink at your film Hasta cierto punto (Up to a Certain Point, 1983), but a way to state publicly, in advance, that we have no intention of writing all that we possibly can about Gutiérrez Alea. In fact, Titón is the imaginary interlocutor who allows me to sit down and rethink my own circumstances, at a time and place where people are not willing to discuss these events in which we are daily engaged. It is a way to rescue the “critical self,” hidden behind the fictional use of “we,” who delegate to History (the “More to Come” that obliges us to silence ourselves) the task of judging the supposed course of our collective actions.”

Is your work a biographical essay, or a biography with elements of an essay? Do you think it’s possible to capture Titón’s “intellectual construction” through the length of his life, including his personal contradictions?

Biography is an extremely complex genre. It’s more than an apologia for this person we’ve chosen to research (and for whom we feel a close sympathy.) Instead, we’re interested in grasping the contradictions inherent in the three worlds in which a person operates: the physical world, closely related to the film industry with its problems and challenges; the cultural world, where the individual interacts in public with all the ideologies that drive the various social groups; and the world of one’s intimate life.

To capture the dynamic movement through these worlds, where there are no transitions, where everything is fluid and contradictory, is not possible for any biographer, no matter how talented. So I have always preferred putting the cards on the table. This is my personal interpretation of that phenomenon named Tomás Gutiérrez Alea.

What documentary sources you have researched? What is the contribution of Mirta Ibarra, his last wife and favorite actress to work with? Have you received support from foreign archives or filmmakers? Is the gathering of materials and interviews being supported financially?

Living in Camagüey, 500 kilometers far from Havana, has its charm but also its price. Here, we don´t have the full collection of Granma newspapers in our library, so everything is twice as difficult. Luckily, I’ve had people who support me without expecting anything in return: foremost is Mirta Ibarra, who gave me access to all of the wonderful letters of Titón´s that she had compiled, which is an indispensable resource for any Cuban cinema scholar.

Fortunately, lately, many books on ICAIC´s “veiled” history have been published, which allow us to re-examine it more closely. For example, books by Alfredo Guevara, Fausto Canel, Alberto Roldan, and Sergio Giral. I mean, I am speaking about the protagonists of that process related to ICAIC. Their “insider” testimony enables us to set aside the habitual tendency to construct theses based on speculation, having nothing to do with what I call the “muddy history” of these events.

In previous books, you’ve depicted Titón as a paradigm of the revolutionary artist, questioning but always from the trenches of the Revolution. With his book The Viewer’s Dialectic, Titón began to define his approach as a filmmaker and intellectual. Was this his attitude until the end of his life?

I’ve now finished a first version of the biography, which so far is just that: a first version. If I get some type of support, I will continue to dig deeper. But I think that nothing I could find will change my view that Titón, rather than a filmmaker, was an intellectual. Titón used films to express his ideas about society and our times. I think that this is the main difference between Titón and other Cuban filmmakers. To Titón, cinema was a part, only part, of his public activity. To him, just as important as his films were his polemics, essays, and the group projects that he helped to promote, such as the ICAIC Creative Groups, or the mentoring that he gave to younger filmmakers.

His death occurred just as the former socialist bloc had collapsed, and with it, an out-of-date way of thinking about how socialism is constructed. He had time to present his ideas on this in [his final fim] Guantanamera, but it’s interesting that he never gave up his utopian vocation. He continued to think that the intellectual must regard, from a collective perspective, the plight of millions of human beings deprived of their basic rights. And yes, until the last minute of his life, he was an unsatisfied revolutionary, understanding that being a revolutionary meant being a person who isn’t satisfied with any established regime. Nor even with that we were told was the socialist order when in fact it forgot the main element: humanism.

Tomorrow: “Strawberry and Chocolate and the Oscar,” a preview excerpt from Hasta cierto Titón, the work-in-progress by Juan Antonio Garcia Borrero.