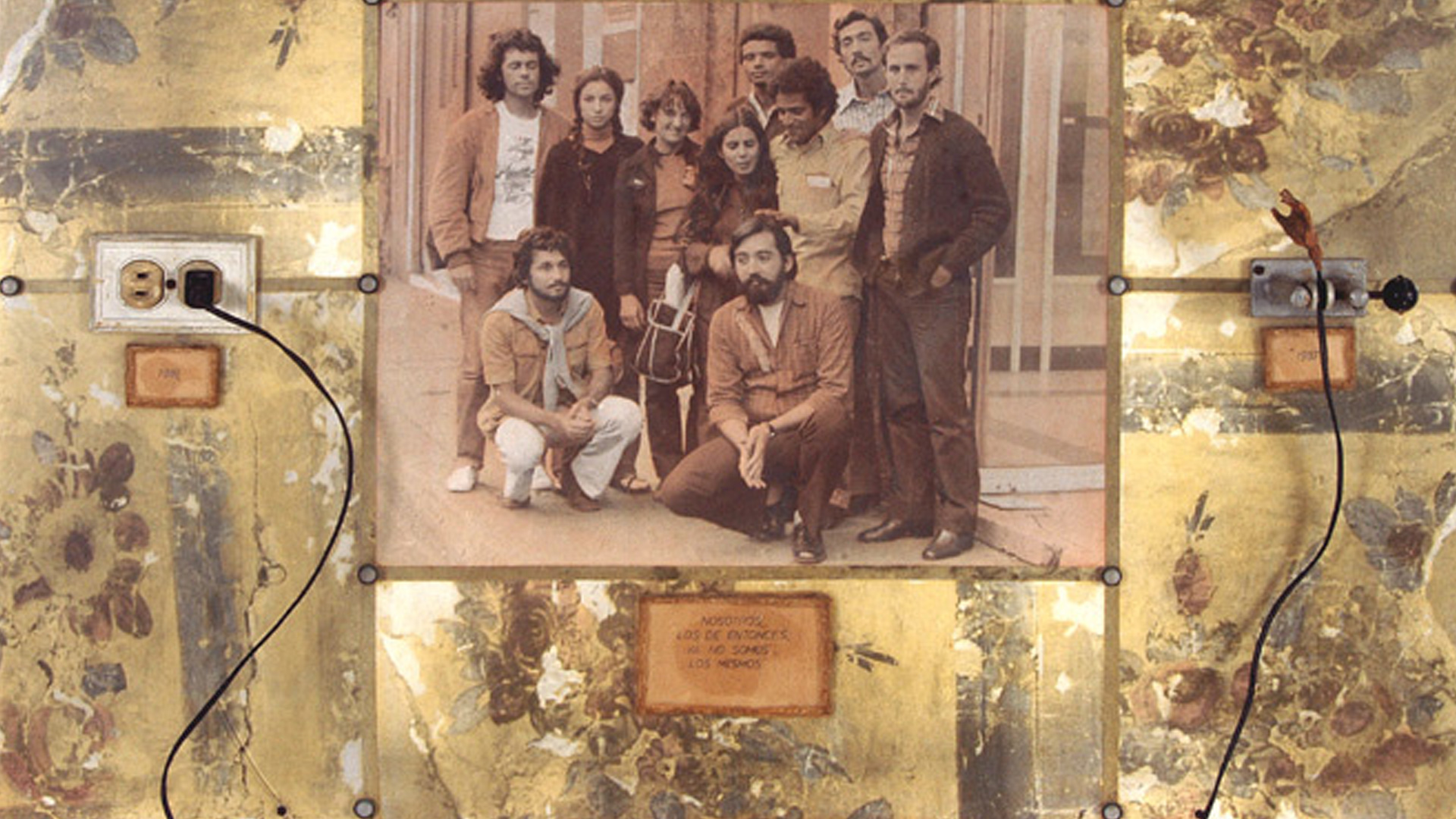 Making what critic and art historian Gerardo Mosquera called a salto del venado, or “deer’s leap,” Volume I opened new horizons of Cuban art in the years that followed. With performance and installation works, process art, references to popular culture, postmodern neo-expressionism, manipulated photography, poetic hyperrealism, and serial-numerical art, the works of Volume I jumped beyond mere illustration of political motifs and realistic representations. They were the visual-arts counterpart to the powerful neo-realism of Cuban documentary photographers of the time (including Iván Cañas, Tito Alvarez Figueroa, Mayito, Marucha, and Ernesto Fernández, among others). The artists of Volumen I wanted to take painting beyond its then-current limits. In this, they had the help of Mosquera, an exceptional critic of keen conceptual insight, who wrote the essay for the show’s catalogue.

As Rachel Weiss writes in her forthcoming book, To and From Utopia in the New Cuban Art (University of Minnesota Press), “Volumen Uno was an instant phenomenon, attracting over ten thousand visitors in two weeks. The minister of culture showed up. The artists did their own promotion (‘we never trusted the official systems’), and they set up loudspeakers that blared rock music into the busy street. ‘It was a party,’ recalls Mosquera, ‘lively, youthful. . . . A renovating energy and enthusiasm bubbling there. One felt that the event was bringing change.'”

Volume I marked the end of a decade immersed in dogmatism, and the beginning of an irreversible cultural process. A year earlier, nearly 125,000 Cubans (including the writer Reinaldo Arenas) emigrated from the Cuban port of Mariel to the United States under a detente between the Cuban government and the Carter Administration. From a cultural standpoint, the 1976 founding of the Ministry of Culture under the direction of Armando Hart, a “July 26 fighter” (a participant in the unsuccessful attack on the Moncada Barracks on July 26, 1953), in some ways contradicted the intransigent policies of the previous years, known as the Quinquenio Gris, or “the gray five years.” Even so, at the end of that decade, cultural figures like the poets José Lezama Lima and Virgilio Pinera were officially ostracized at their deaths.

In terms of official aesthetic doctrine, the slogan “Art is a Weapon of the Revolution” and more orthodox Soviet thinking were still in force, but were expanded to include—not without controversy—such trends as photorealism, abstraction, and a type of magical realism rooted in the countryside. At the Instituto Superior de Arte, Soviet professors taught radical academic painting, but with the exception of art from Poland, the officially promoted art of Eastern Europe struck no chord among young Cuban artists. The new Ministry of Culture had stimulated the creation of institutions and promotional platforms, such as Youth Art Salons, which legitimized what was called the “generation of the true hope.” But prejudices toward the “capitalist” art market blocked the creation of galleries able to sell Cuban art created during the Vanguardia era abroad. Artists earned their living as teachers, designers, and restorers: supporting oneself by one’s art was unthinkable.

Volume I did not change everything at a single blow. But it was the start of a cultural snowball that gathered overwhelming force by the end of the 1980s. Thanks to Cuban-American artist Ana Mendieta and American activist Rudolf Baranik, young Cuban artists were soon acquainted with the international art scene in New York, and caught the attention of American universities. They were voices of a Cuban art with no inferiority complex, the first generation of Cuban artists to cross the “Iron Curtain” before the fall of the Berlin Wall in 1989. They became cult figures for younger Cubans, and as professors at the Instituto Superior de Arte they shaped subsequent generations of Cuban artists, who were highly attentive to the issue of free expression within the Cuban social context.

In the aftermath of Volume I, artists became curators. Armed with the latest international art theories, they competed against traditional political views in the arena of public discourse. Baptized the “Cuban Renaissance” by influential Uruguayan artist and critic Luis Camnitzer, the new Cuban art prompted the emergence of many artist collectives, duos, and trios, who were able to pool ideas and labor in the creation and dissemination of their work. As contemporary Chinese artists did some years later, these artists challenged the prevailing official rhetoric of their culture, and were able to leave their mark on art history and Cuban society. Focused on achieving the most radical and committed art, they broke the island’s artistic isolation and forced international museums, curators and gallerists to grant them, for first time, a well-deserved recognition of their art.