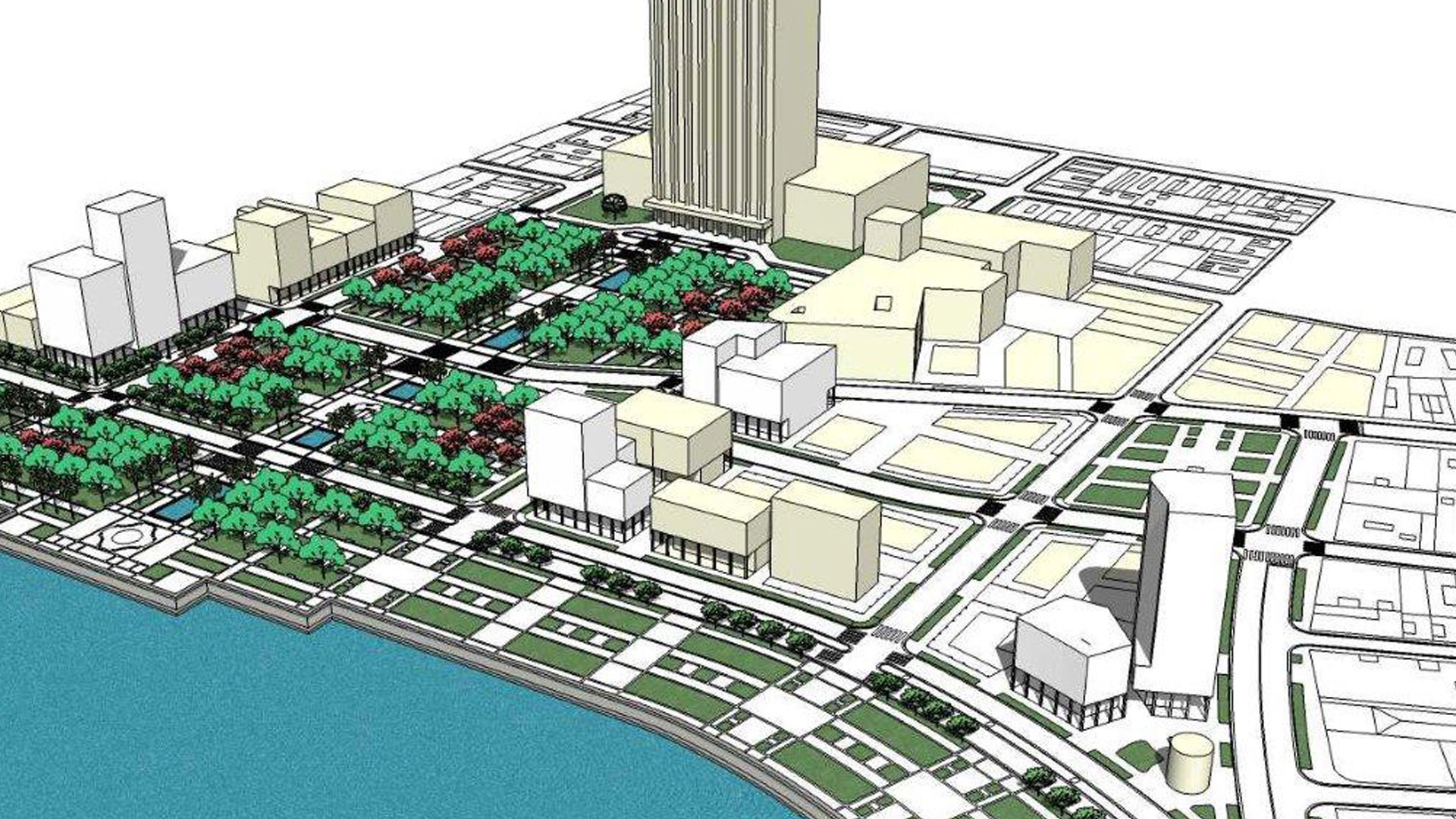 The architect and urban planner wraps up his two-part Cuban Art News interview with a discussion of architecture in Cuba, the problems caused by “architecture of the author”—known in the U.S. as “starchitecture”—and what Americans think of Cuba’s architectural heritage.

How would you characterize the current state of architecture in Cuba? Where do its essential conflicts lie?

The current state of architecture is pitiful. No attention is given to the quality of projects or what is built, which results in a great waste: of land, resources, talent and time. This demonstrates ignorance and apathy. There is no system of values that differentiates architecture from simple construction. The conflicts begin in the schools: teachers don’t have the required professional authority and prestige, as they don´t have bodies of work that validate their careers. The teacher should be an example. When teaching it is necessary to know and learn, to have a work experience, a solid culture. For this reason, a new graduate cannot teach, as they have no professional experience, no teaching skills. This is a serious mistake.

The lack of a guide, with proven credentials and an established reputation based on academic and professional merits—essential for filling leadership positions at the school and departments levels—has contributed to the inadequate training of several generations of architects.

The profession of architecture demands sacrifice and dedication beyond the necessary and indispensable calling or sense of vocation. The subsequent motivation is part of the task of teachers whose conduct and work should serve as a model for future architects. Another factor is the lack of a professional practice that contributes to gradual, progressive training that teaches one to correct mistakes.

Another element is the uncritical assimilation of foreign projects and the rejection of Cuban architects in favor of foreign professionals of questionable reputation. The investment process is fraught with negative views and great corruption. This has contributed to the loss of authority and prestige for local architects—abandoned by institutions established to ensure their interests—and a loss of self-esteem and personal and professional dignity. The assignment of projects and jobs to foreign entities without formal competition not only involves excessive costs but invites the ideological dangers of globalization, which ignores culture, history and the profession itself. Other models and patterns have already been implemented.

Examples abound, all bad. They range from the hotels built by the Spanish hotel chain Meliá (Havana, Cohiba, Varadero) to those made for other hotel chains: Novotel or LTC in Monte Barreto, for the Dutch Grand Tulip (Central Park), the estate buildings (for investors in Monaco) at the 5th Avenue, or those financed by foreign capital and built in Monte Barreto (Miramar Trade Center). In this area, ignorance about traditional urban design appears to have been collected and summarized, unable to assimilate either the values of context, natural and built, or mixed use. These projects fail even in the proper orientation of the buildings and their spatial relationships, leading to the devaluation of one of the few green areas in Havana.

On the level of pure architecture, buildings lack the most basic quality of design and demonstrate a lack of mastery of scale and material use. It seems that hotels have established an award competition to emulate the worst building constructed by their predecessors. Among them are the Russian embassy and the dysfunctional Triton and Neptune hotels.

Along with your projects, you also conduct intensive workshops with architecture students. Which is the greater challenge: creating a “school around a teacher” or around concrete reality?

Both. I prefer to describe an experience in the process of the creation of the National School of Planning and Architecture, which has bet on the city, its monuments, but also its buildings sensitively integrated into their surroundings. In Havana, there are many examples from all eras, ranging from the Morro Castle, where the rock and the building fuse harmoniously, to the palaces of the late 18th century—an urban architecture of extraordinary value.

The workshops already held as “Havana Charette” convene, encourage, propose, and express a willingness to invite all without excluding anyone. They seek to establish a tradition (and there have been four consecutive workshops) of consultation: to show what has been done, without bias. The important thing is to transmit to students a love for the city and its surroundings as well as a responsibility towards it and its future, if we want Havana to remain the magical, poetic and magnetic city that captivates everyone with its charm, illuminates the way with its planning, and inspires with its architecture. Reality imposes challenges, but we must distinguish between circumstantial and temporary challenges and the real, truly critical challenges.

Do you believe in an “architecture of the author”—known in the U.S. as “starchitecture?”

“Author” architecture is a fallacy, an architecture oriented toward the object, not toward the city. Generally, works created by architects who are famous for being iconoclastic don´t endure. Or very few survive the passage of time or judicious, objective criticism when analyzed in their contexts, and not in magazines and books handled by skilled photographers.

The fact is that only a small group of architects survive objective criticism, and that’s true everywhere. I think that among those of the past are Frank Lloyd Wright and Louis Kahn. Among the current ones is Renzo Piano, whose rigor in design and construction exceeds the rest. And perhaps the Japanese Tadao Ando. There is a lot of junk built in the name of “architecture of the author.”

The biggest problem caused by this way of doing things is the damage to the mentality and training of students, because it introduces patterns of imitation favored by ignorant teachers, who are lacking in visual culture and unable to develop their own personal work.

The maturity of an architect, I believe, is to learn so that their work is not weighted down by the architecture of “another author.” It is the greatest challenge and a great test of intellectual honesty.

Recently, you had a long and intense journey as a lecturer in U.S schools and universities. How would you describe the U.S. approach to Cuba’s architectural heritage and its future transformations?

There is great admiration and great appreciation for Cuba’s architectural heritage and the values of Havana. A great respect. I feel very proud, very happy when I speak of Havana, its architecture, its urbanism, which is intact so far despite those lost buildings. That’s why it’s so important to conserve the city beyond any building or group of buildings.

People encourage me in my job. They recognize it. I talk about Havana with love and great admiration. Everyone wants to see Havana, wants to come to Havana. Those who have been here want to return. It also stems from the fact that our nation is older, from its European roots—and let´s remember that towns and cities in Cuba were founded by Europeans—which is undoubtedly of enormous value. Spanish urban planning was of high quality and this, combined with the necessary adaptation to our climate, our geography, and other characteristics (like the availability of materials) produced a vernacular architecture of great value. In its essence, ‘vernacular’ means anonymous creators—the antithesis of the “architecture of the author” concept.

Moreover, in North America, there are only a few historic cities, and people recognize the historic values that are treasured in Havana along with architectural and urban values.

Many architecture professionals, and people in general have expressed their concern for future changes to the city, through the emergence of the market sensibility and the possibility of losing Havana by changing its seductive and romantic image. When I talk about it I always say that this fits the concept of the Master Plan for 21st-Century Havana.