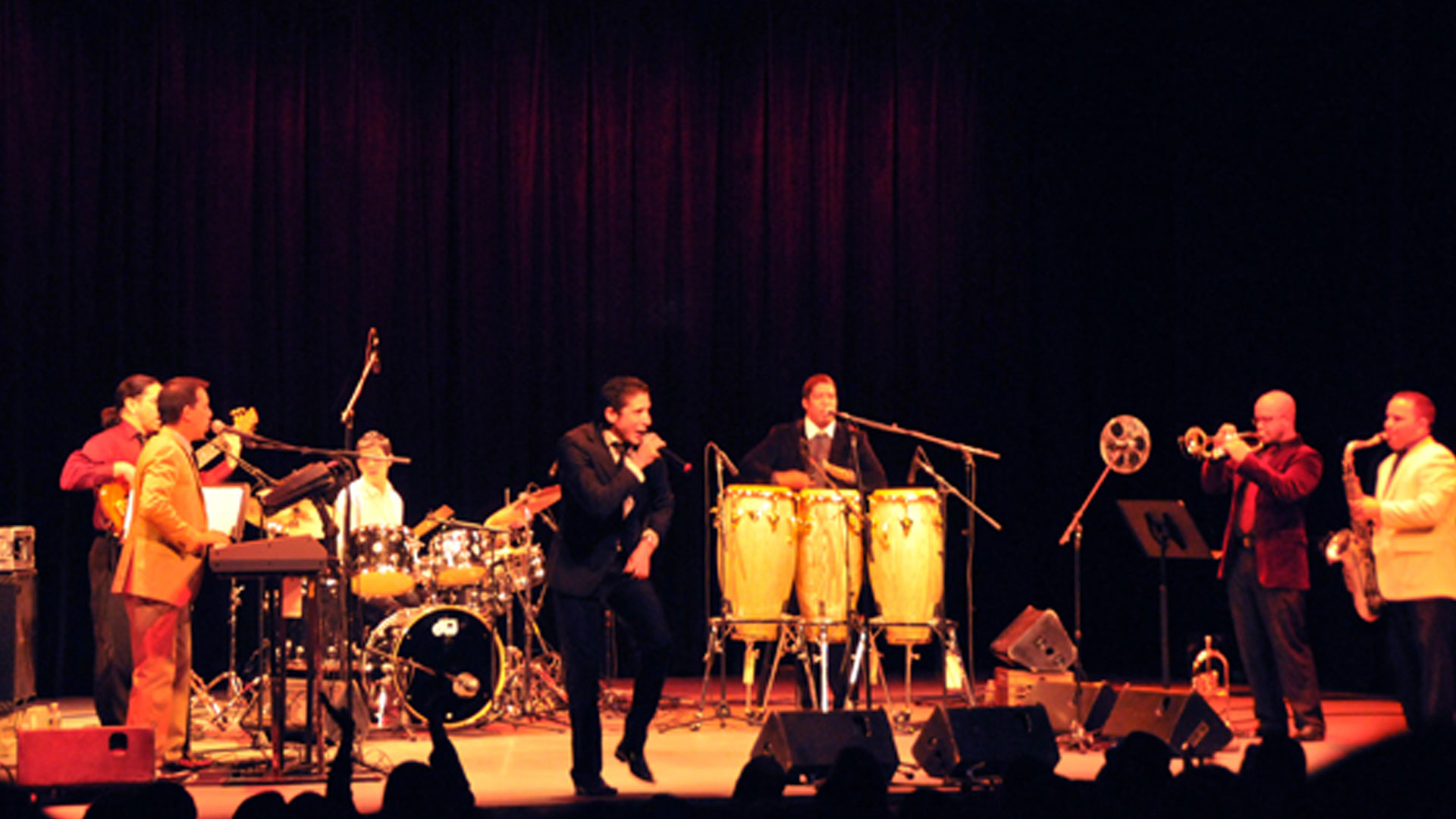 Gómez and his fellow band members grew up in Cuba during the Special Period in the early 1990s, when listening to American radio was forbidden. “When we were teenagers—13 or 14 years old—we’d have to wait until 12 p.m. to listen, because there was interference during the day,” he explains. “Then we’d have to go to the roof of the house.” There, they’d improvise antennas to catch the forbidden radio waves, recording new songs on cassette. “There’d be three or four of us together, listening,” he recalls. “We’d say ‘Ah, that’s good, that’s good! Let’s record it.’ And then we’d hear another song better than the last one, so we’d have to delete to record the new one,” he laughs. “Because we had only two or three cassettes.”

Gómez pauses to remember. “We listened to everybody. Kool & the Gang, Chaka Khan. Chick Corea. A mix of everything.”

As young musicians studying at La ENA (the National Art School), the members of Tiempo Libre listened to plenty of Cuban radio as well. “But they played only Cuban music, all the time,” Gómez says. “Or maybe they played American music, but very old—nothing we wanted to listen to. They never played Kiss, or Willy Chirino, or Célia Cruz, or AC/DC.” So Gómez and his pals set their improvised antennas for stations like Super Q and Power 96 in Miami.

“Every night was different,” says Gómez. “Some nights, we’d listen to jazz and record Chick Corea. We studied his solo in every song. It was the album that he made with Electric Band, with John Patitucci and… I don’t remember who else. But I know that I was listening to that cassette for hours and hours, trying to write the music that he was playing. We learned all the songs. And then we’d go to school and do the same solos that Chick Corea did. Everybody was, like, ‘Wow!’

Michael Jackson was another favorite. “Every time we had a party, it was: ‘Oh, my God! You’ve got the latest song from Michael Jackson! Unbelievable!’” Gómez laughs. “We were like heroes with that.”

Inspired by those midnight rooftop sessions in Havana, My Secret Radio looks back on the North American pop music of that era, filtered through the rhythms of Cuban music. “Most of the songs are original,” says Gómez. “We’re going to have a lot of conga style, a lot of timba style, a danzón.” Jazz vocalist Rachelle Fleming—sister of opera star Renée Fleming—will join them for a son/cha-cha-cha version of Earth, Wind & Fire’s “After The Love Has Gone,” one of their favorite “secret songs.”

Following last weekend’s hotter-than-hot New York concert at Symphony Space, Tiempo Libre is headed into the recording studio to begin recording My Secret Radio. The CD is scheduled for release on Sony Masterworks in early May.