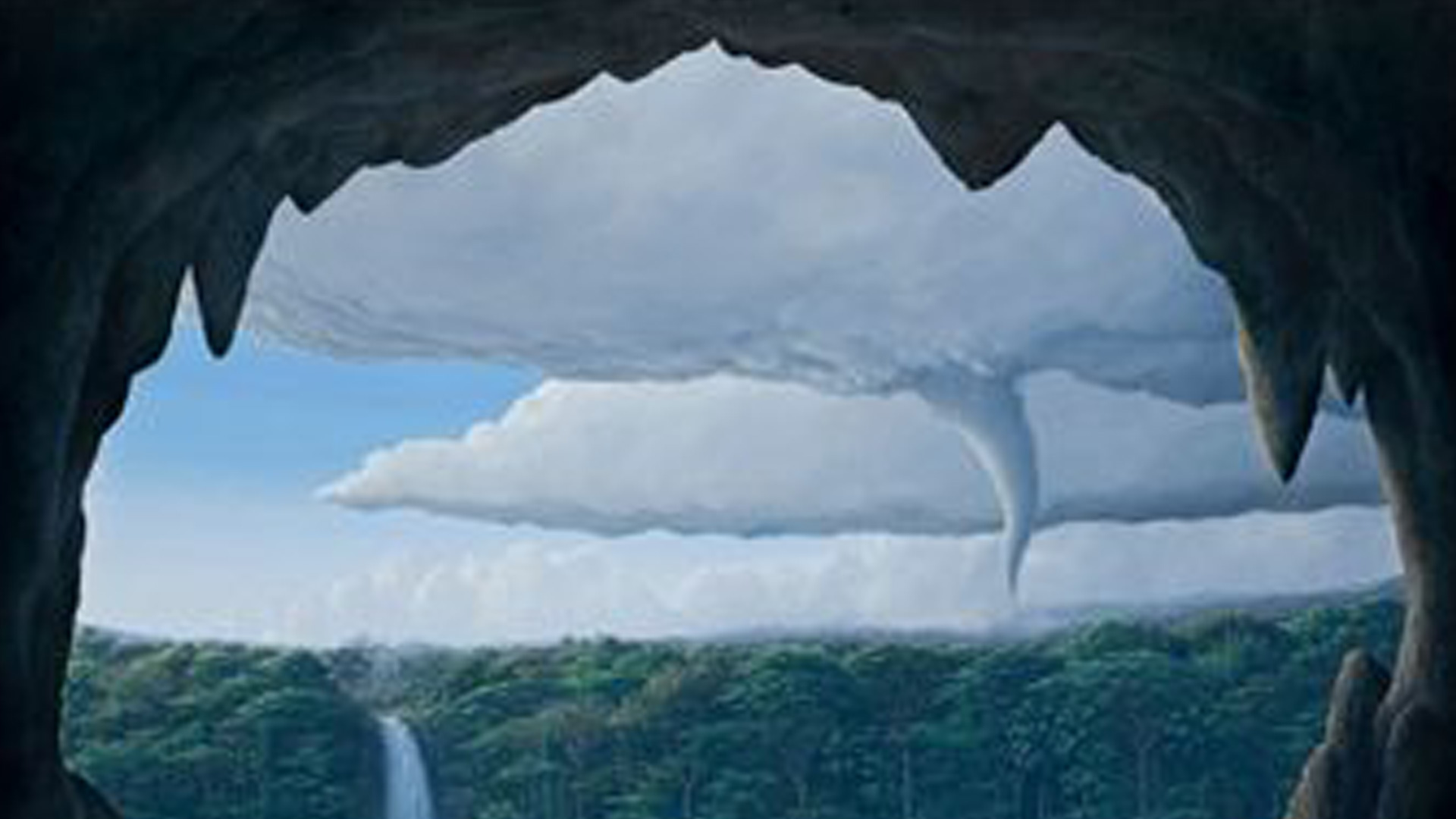 The top lot at Sotheby’s was Lam’s 1970 work, Les Abalochas dansent pour Dhambala, dieu de l’unité(The Abalochas Dance for Dhambala, the God of Unity), which brought in $2,154,500 (with buyer’s premium), an auction record for the artist. Inspired by the voodoun religion of Haiti, which Lam had visited with surrealist André Breton in 1946, the 7-by-8-foot canvas was described in the online catalog as “one of Lam’s most ambitious works, cap[ping] a decade of extraordinary work in which he also produced Tropic of Capricorn (1961) and The Third World (1965-1966).” Two smaller Lam paintings were also in the sale, one of them coming in above its $350,000 high estimate (with buyer’s premium).

“Abstraction seems to have done really well,” Sotheby’s Latin American art chief Carmen Melian told Reuters in describing the Tuesday evening session, adding that “the sale in part was an homage to Lam.”

At Christie’s on Wednesday night, Tomás Sánchez’s small 1995 acrylic painting, Cascada y meditador(Waterfall and Meditator) surpassed its high estimate to reach $92,000 (including buyer’s premium). A short time later, the roughly 6.5-by-8-foot oil painting From the Cave of the Heart (2005) went on the block, coming in at $602,500.