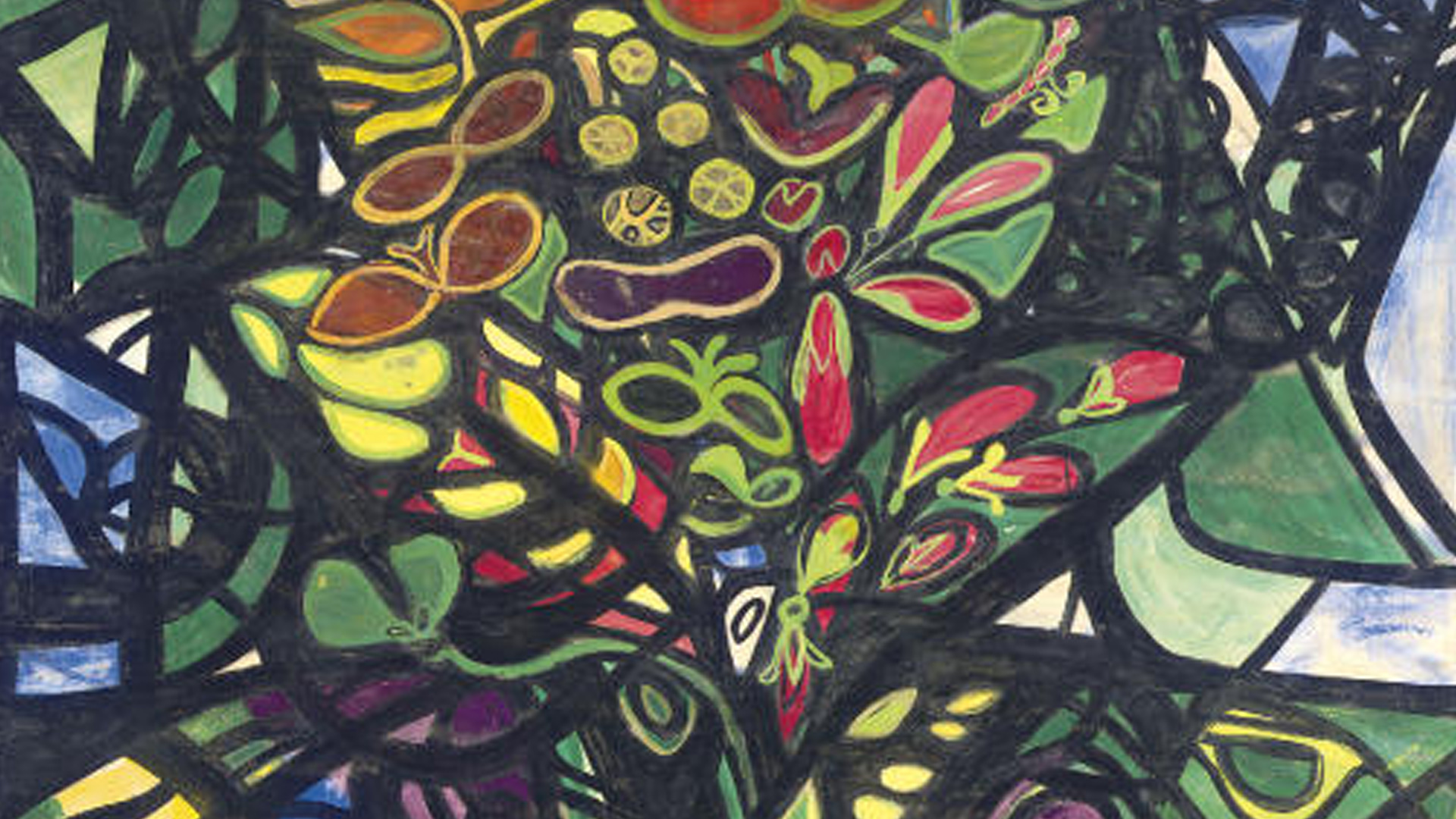 In part one of this interview, which appears courtesy of CubaSí, distinguished curator Roberto Cobas reflected on his long and productive career at the Museo Nacional de Bellas Artes in Havana. Today, Cobas talks about his passion for film, his fascination with the work of Wifredo Lam, and what’s ahead for him and the MNBA.

Your work as a writer and critic—in both Cuban art and Cuban cinema—have appeared in some of the most prestigious publications across the island. Is there a personal or aesthetic motive for this remarkable output?

Films are my other passion. In particular, I’ve always been attracted to animation—to the point that I did a college thesis on the evolution of this artistic medium in Cuba. There is certainly a connection between art and animation, based on the plastic arts. To the point that it’s possible to distinguish, through their designs, the work of notable Cuban animators such as Juan Padron, Tulio Raggi, and Mario Rivas. In a previous era there were Jesus Armas, founder of the ICAIC Department of Animation, and Hernán Henríquez. In March, 1984, I was able to bring art and animation together at the MNBA in a show of drawings, designs, and posters on the occasion of the 25th anniversary of ICAIC. The exhibition, opened by the great documentary maker Santiago Álvarez, was my first project as a curator.

My affinity for films has always been very strong. Some years ago I faithfully attended those great film series presented by the Cuban Cinematheque. I remember one on German expressionist films, which was amazing, and also a program marking the centenary of Charles Chaplin in 1989, which made not a few people laugh and cry in the screening room that today carries his name. If I had not decided to be an MNBA curator, I would surely have been linked somehow to film, which continues to be an exciting artistic medium for me.

You’ve made countless contributions to Cuban culture, and in return have received the highest distinction awarded by the Ministry of Culture—a field to which you have devoted the better part of your life. How do you spend what little free time comes your way?

For a long time, I lived without taking any leisure time, which is a mistake. When I finished a day at the museum, I would take work home to continue it there—it was like a hobby. Nowadays, I consider it important to spend free time with friends and families. However, I have spent some of this so-called “free time” writing articles and essays for books, such as the essay “Mariano Rodriguez” for the Museo Nacional de Bellas Artes in Havana; “Splendor and Shortcomings of a Great Collection” for Volume I of the catalogue raisonné of Mariano Rodriguez; another text entitled “Eduardo Abela: A Painter Both Cuban and Universal” for a book on this great Cuban painter, which will probably be presented in November of this year at the MNBA, in collaboration with Cuban Avant-Garde Editions, whose main organizers, Alejandro Rodríguez and José Ramón Vázquez Veiga, are doing an outstanding job in rescuing the leading figures of Cuban modernity from oblivion.”

I also want to mention the essay I was asked to write about Cuban animation for the Latin American Cinema Encyclopedia, which was recently published in Madrid. The fact of being asked to write an essay for such an important publication as an encyclopedia really surprised and satisfied me. I think I haven’t ever written anything as important as this essay. All this consumed some of my free time. I am thinking about writing a book on the Cuban avant-garde portrait, with the intent of showing the evolution of this topic as reflected in the appropriation of new artistic vocabularies by our modern artists. I’m also thinking of a book on the classic children’s stories I’ve collected, with illustrations by Conrad Massaguer, under the title The Return of Tom Thumb.

What are some of the difficulties and challenges you face in your work, whether as a critic, essayist, curator, or researcher?

Basically, it’s a time-management problem. I know that the ability to draw up effective timelines and action plans is a great virtue, but in reality it’s one that I don’t possess. On occasion, I’ve started more than one project at a time, which is not the recommended approach for obtaining the best, most long-lasting results.

You’re considered one of the most knowledgeable experts on the work of Wifredo Lam, this most universal of Cuban painters. Tell us about your affinity for Lam’s work, and how it came about.

My initial encounter with Lam´s work was casual. It started when I began working with Jose Manuel Noceda [a leading Lam expert] on an exhibition that had been planned for Brazil in the late 1980s. The show never took place, but [this exposure to] Lam´s work encouraged me to understand the motifs presented in his work.”

So in 1991, Noceda and I joined our forces once more to organize the exhibition Unknown Lam, which shows the works the artist had not previously presented. To our surprise, we were able to collect a very strong set of works, including those painted on kraft paper. That show included paintings in the MNBA collection that had not been displayed previously, as well as others from La Acacia gallery and private collections. As part of the research, and thanks to the expertise of a group of restorers from the National Center for Conservation, Restoration and Museology, some completely unknown works, which had been painted on the back [of other works] and covered with cloth to supposedly protect them, were recovered.

This was one of the great revelations of the exhibition, which was showcased at Casa de las Americas on the occasion of the IV Havana Biennial. That exhibition caught the attention of the public, critics, and specialists from other countries. For instance, Robert Littman, the director of the prestigious Cultural Center of Contemporary Art in Mexico City, became fascinated with Lam´s works on paper and proposed to the MNBA that we jointly organize an exhibition that would travel to Mexico.

My friend and colleague Ramón Vázquez and I were responsible for that exhibition. This work was very important from the perspective of in-depth investigation into his work, defining key themes, and titles and dates of works that had not been signed by the artist. Research on his work continued, and the results allowed us to prepare a large exhibition that was presented in Buenos Aires, Argentina in 1994, and later at the National Museum of Fine Arts in Santiago de Chile in 1995.

Among more recent Lam exhibitions, I’d have to mention a retrospective organized by the prestigious Museum of Contemporary Art of Monterrey (MARCO) and the Museo Nacional, curated by Jorge Contreras—an excellent guardian of that institution—and myself. It opened in August, 2008. The exhibition ranged from Lam´s early works, made during the 1920s, to a selection of engravings taken from the series The Last Voyage of the Ghost Ship, made in 1976 and based on the Gabriel García Márquez novel of the same name. I can tell you that Lam´s oeuvre is so rich that we often find ourselves surprised each time we approach it. And his influence on Cuban and Latin American art, and art in general.

You may be too modest to admit it, but the name of Roberto Cobas is now inextricably linked to the history of Cuban art and culture. What have you gained from this commitment to Cuban culture, and to the Museo Nacional de Bellas Artes? Are there goals you haven’t yet achieved in your professional life?

After 27 years of working at the Museo Nacional, I can affirm that I owe everything I am—if I am something—to my dedication and loyalty to the institution that has hosted me since I was 24 years old. It has been my only job, and it’s undoubtedly my great love. Of course I have had ups and downs, but I prefer to remember the moments that bound me to this great family of workers at the Museo Nacional. In this span of time I have done all the tasks you can perform as a curator, from the most sublime—like investigating the authenticity of a certain painting—to the most unassuming, like moving paintings from one gallery to another or helping to install them for exhibition. I have had the great pleasure to have in my hands important works ranging from The Tropical Gypsy by Victor Manuel to The Third World by Wifredo Lam. In that sense I am an extremely happy man.

And projects in the near future?

For 2011, we are planning an exhibition on Amelia Peláez, which re-examines the most significant moments of her prolific career, including her appearance in the public arena as an academic painter and eminent disciple of Leopoldo Romañach, her consecration as one of the great figures of Cuban visual arts in the 1940s and 1950s, and the crowning achievements of her works of the 1960s. We’re also very excited to be organizing a show to celebrate Felipe Orlando’s hundredth birthday. This Cuban painter is little known, as his artistic life took place in several different countries, including Cuba, the United States, Mexico, and Spain. There’s not much information about him, and his work is scattered in these different countries. It’s a challenge, and a real pleasure, to work on an exhibition like this.