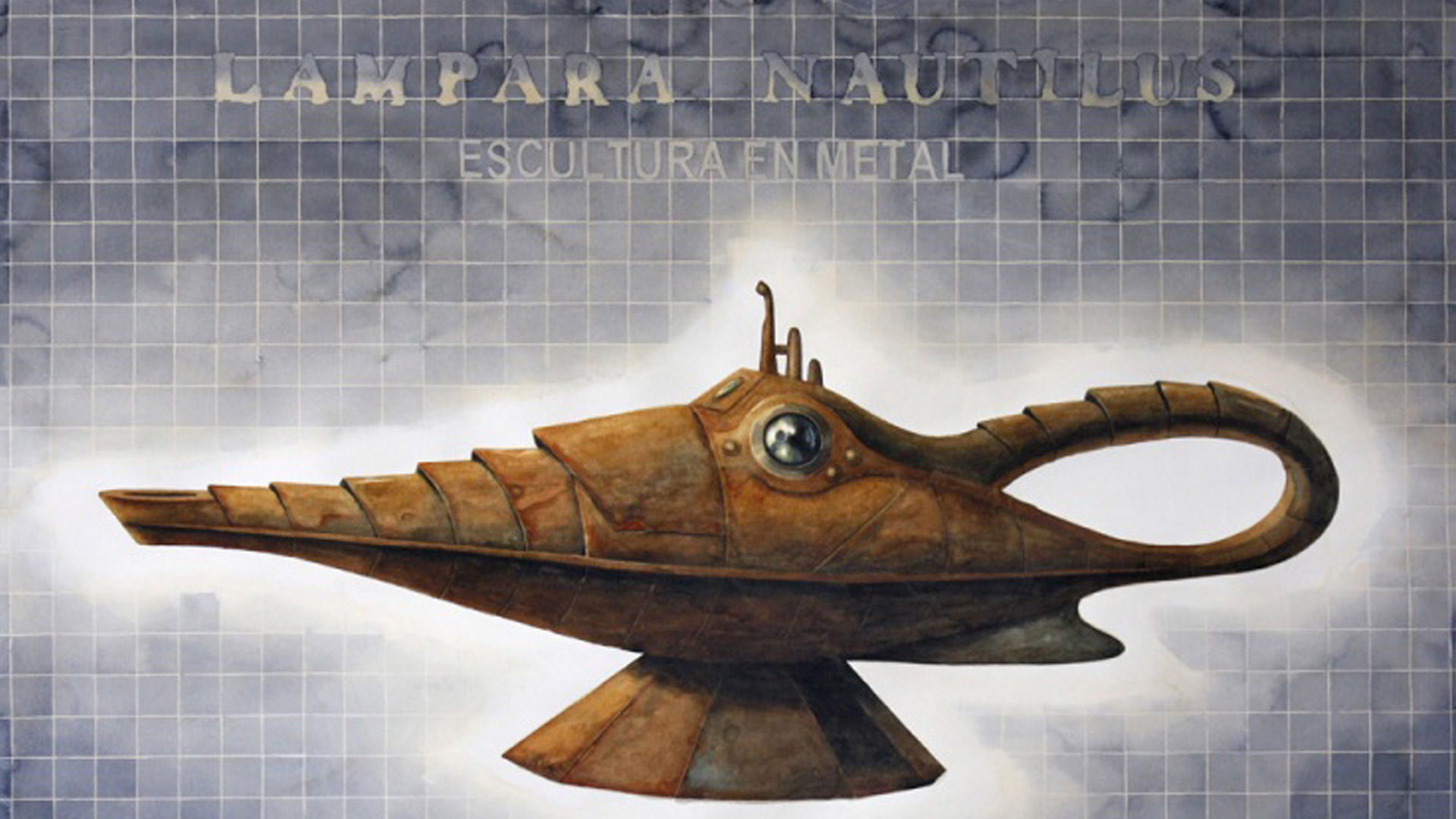 In the Cuban artistic tradition, the watercolor has been fatally tainted by its most academic definition, as a preparatory study for a major work. Or it has been cast as the hobby of bored, bourgeois young ladies. But the new works on view in the Galería Habana exhibition, En Otra Dimensión (In Another Dimension) make a bold but obvious point: in the hands of skilled artists, any medium can be elevated to the limits of its expressive possibilities. En Otra Dimensión explores many uses of the watercolor medium, in works ranging from Open Mind by Yoan Capote, which conveys the three-dimensional nature of a public sculpture of the same name, to the Lámpara Nautilus (Nautilus Lamp) by Reinerio Tamayo, which renders a fanciful object in vivid visual textures. And we cannot forget Alexandre Arrechea´s works, capable of depicting the visual codes of Madison Square of the 1950s or the almost Kafkaesque vision of Roberto Fabelo, who creates visual nightmares melding men and insects.

On view through June 18, the exhibition—with its high-impact, large-format works—demonstrates how drawing, in all its manifestations, has once again caught the imagination of Cuban artists, even becoming a sort of test lab for sculpture. In the 1970s, Cuban artists used paper and Chinese ink as a way out of material shortages. These days, works on paper have come to hold an important position ahead of more “mainstream” mediums like oil painting.

In considering the renewed importance of drawing and watercolor in contemporary Cuban art, it’s important to recall significant earlier works on paper, including small-scale temperas by Tomás Sanchez or the Fragmentos Vitales (Vital Fragments) made by Roberto Fabelo in 1984 (now in the collection of the Fine Arts Museum of Havana). In the hands of artists like Kcho, Los Carpinteros, Carlos Garaicoa, and José Esterio Segura—those who gave current Cuban art its momentum—drawing became the act of envisioning nonexistent works, even ones that would never be made. It became a form of radical, anti-utopic criticism, an ironic re-vindication of fragmented, impossible, never-achieved dreams.

On the international art scene, works on paper have long been recognized by artists, curators, and museums alike. Against the all-too-common scenario of mega-sculptures and installations, the artists of En Otra Dimensión propose, on paper, an intimate dialogue, a testimony—tormented and magnificent—of ideas in a “pure” state, fresh from the oven of creation.